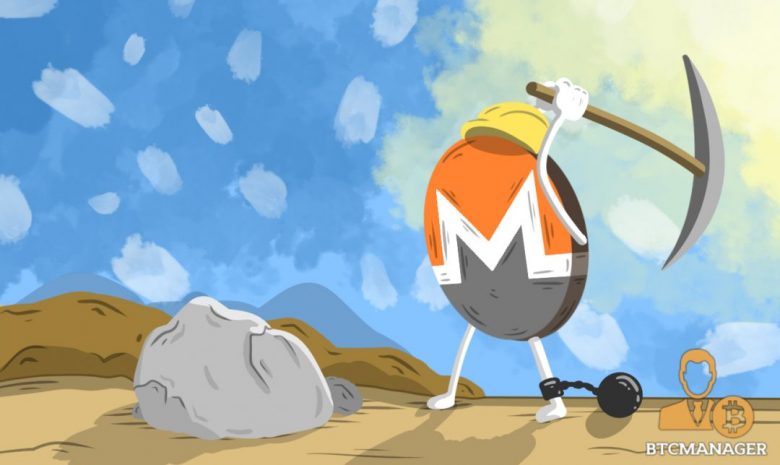 According to TheNextWeb, recent academic research has found out that the embedded CoinHive cryptocurrency web browser mining script is generating more than $250,000 in Monero (XMR) every month. What is more concerning is that the report points out that this amount is mainly going to a small group of ten individuals.

The research was commissioned by RWTH Aachen University in Germany to give a comprehensive overview of browser-mining activity on the internet. Academics Jan Rüth, Torsten Zimmermann, Konrad Wolsing, and Oliver Hohlfeld have monitored internet traffic to understand what the influence of browser-based mining on the cryptocurrency mining industry was.

The research revealed much information, but the most important was that Monero alone accounts for more than 75 percent of all cryptocurrency browser-mining activity. It also showed that the vast majority of browser-based crypto miners are present on adult websites.

The majority of this browser-mining activity is done through CoinHive which is a controversial script that can surreptitiously mine Monero via a web browser. It can attach itself to anyone’s browser via phishing or by just visiting the wrong site.

Many sites publicly acknowledge the use of CoinHive as to support its operations but it has been especially useful for charities to raise funds to back good causes. While some are putting it to good use, others are using it with malicious intentions.

The research followed the footsteps of a previous paper by S. Eskandari, A. Leoutsarakos, T. Mursch, and J. Clark, described as pioneers of browser-based mining academic research.

The paper analyzed the overall hash rate and network statistics revealing that CoinHive alone is pulling out over 300 XMR (approximately $24,000) on a weekly basis. CoinHive is not the only app crypto-jackers use to implement web browser mining. Other scripts also have been used, and CoinHive’s browser-mining botnet is responsible for 1.18 percent on the whole Monero network.

Summing up the block rewards on an observation accounting a month period, the report found that Coinhive earned 1,271 XMR. Monero exchange-rate in not constant, and much like many of the other cryptos it goes through many fluctuations.

Monero had its all-time high around $400 but now is being traded around $89 at the time of writing. Taking these exchange-rates into account, the paper says Coinhive mines around $250,000 worth every month. CoinHive Keeps 30 percent of the overall mining to itself which makes about $75,000 every month, nearing a staggering one million dollars in annual income.

CoinHive is a script that can be easily implemented. It works through short links that can be resolved as a regular link, but instead of being taken to another site, these links order the users machine to perform hashing. The operation can vary in its intensity depending on its creator intentions.

The paper also said to have found that around two million active short links currently enforcing Monero mining. While many of these links can be resolved in a few minutes, the same cannot be said to a big part of them which require intensive hashing and can even cause problems to the users’ devices.

Apart from being found and the majority of adult sites, these links also take the users to video streams or sketchy filesharing sites. However, what caused the most concern among the researchers is that almost all the Monero mined via a web browser is going to a small group of 10 individuals.

The fact that a large quantity of these links is set to intensive hashing operation means that many of the users “infected” don’t even know that their browser is actively mining cryptocurrency.

The report figures that 200,000 routers have already been injected with modified CoinHive code which is capable of running continuously in the background of literally every page visited. These mining scripts are now targeting every online user.

To avoid your machine from getting busted, Troy Mursch Security researcher suggests people use a browser extension called minerBlock, which is designed to protect against web-browser mining scripts.