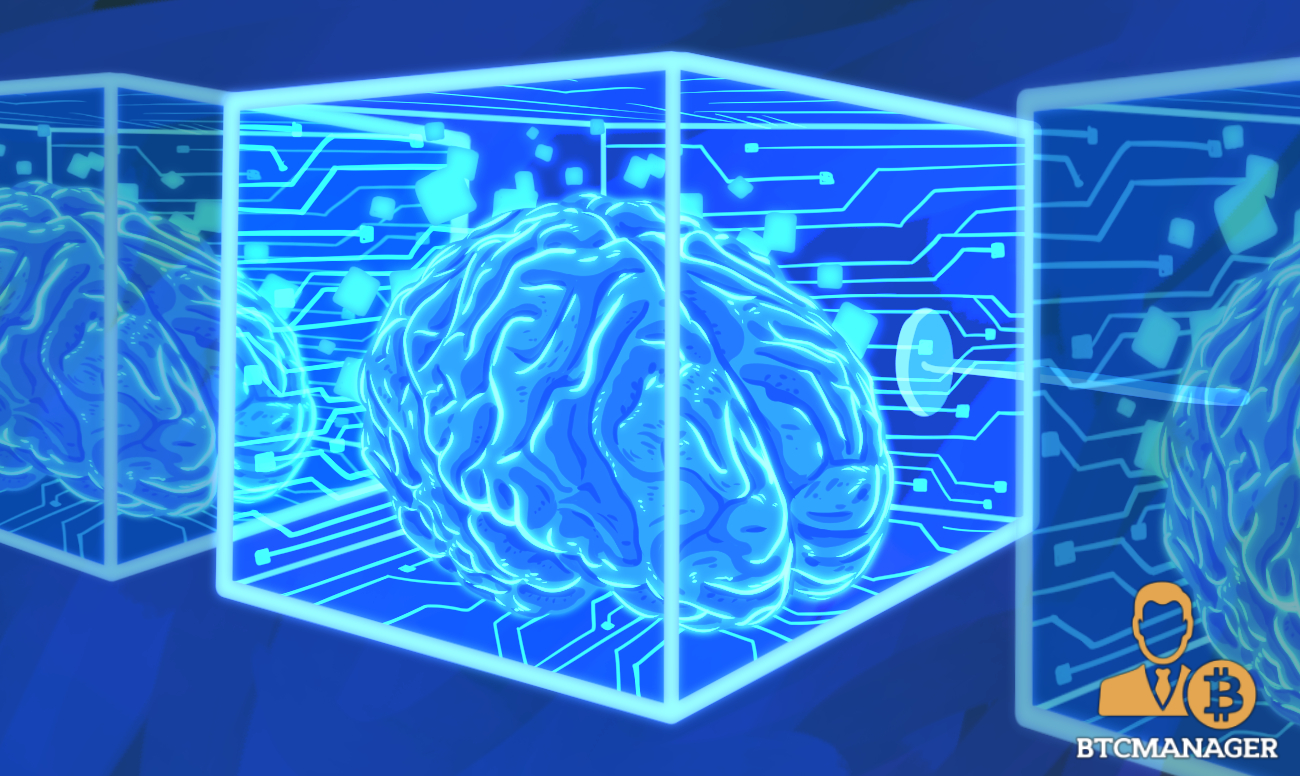 While the world is continually advancing, nothing evolves as quickly as technology. From cell phones to smartphones, planes to drones; this generation has seen how quickly advancements can be made. Blockchain technology is no different. Many experts are comparing blockchain to the internet. While blockchain technology is advanced, development teams all over the world are working hard to make blockchain even more efficient. The sci-fi world appears more of a reality as these teams are applying Artificial Intelligence (AI) to help advance the blockchain.

AI has already been applied to the energy industry. Technology giants are in the process of building prediction and maintenance AI machines, to help with energy consumption. AI has shown improvements in the infrastructure management sector of the energy industry. While Machine learning has already been operating in this space, it can be used even more. By using complex algorithm utilities, we can better monitor the health of the electrical grid. With the ability to predict points of failure (when batteries and other crucial equipment will fail) as well as optimize maintenance, AI technology can be used to make the energy grid operate more efficiently.

Blockchain and AI are at the top of the list of the hottest new technologies. The potential uses of Artificial Intelligence are interesting, futuristic, and exciting. Listed below are a few companies that plan to use AI and blockchain technology together to innovate the world.

While many companies are competing to be deemed the leading project when it comes to combining AI and blockchain, SingularityNET has positioned itself to currently hold the title both concerning market cap and project awareness. Its ICO raised $36 million within 60 seconds. SingularityNET has shown promise from inception and may have a bright future ahead of it.

After serving as many advisory roles in AI-related research programs, SingularityNET founder, Dr. Ben Goertzel, established himself as a name in the field of AI. He is also a chief scientist of Aidyia Holdings and Hanson Robotics. Dr. Goertzel’s experience in computer science and AI research has genuinely placed his name on the map. Dr. Goertzel most-famous project was the creation of the world’s first robot to be granted citizenship in any country, Robot Sophia.  In October 2017, at the Future Investment Summit in Riyadh, AI history was changed as Robot Sophia was granted Saudi Arabian citizenship, and become the first robot to have a nationality history.

Dr. Goertzel has already shown ambitious goals as Hanson Robotics’s vision is actually to make robots come alive. However, these ambitious goals do not even compare to the vision driving SingularityNET today. Dr. Goertzel wants to create an AI-focused blockchain that will act as Sophia’s brain.

The whole world, as one big community, can improve the brain of Robot Sophia and other future AI robots through the technology brought by SingularityNET. To do this, SingularityNET wants to create a decentralized AI marketplace as AI will best learn from a broader community. This technology will allow both companies and private investors to have the opportunity to buy and sell data. It will also let companies and private investors buy and see AI algorithms at scale as well. The current problems that exist with central parities dictating what algorithms will be available for trade will not exist anymore due to SingularityNET.

Currently, the barriers preventing entry into the AI industry are high due to the exorbitantly high costs of creating and developing AI technology. For the first time in blockchain’s history, smaller players are about to gain access to the AI marketplace, and it will continue to open up for these all sizes of investors.

To learn more about this promising project, check out this video that hits the critical aspects of SingularityNET. This video is Presented by Dr. Goertzel and special guest Sophia the robot. Yes, you read correctly. Sophia may even be better defined as the co-host of the video also though Dr. Goertzel does most of the talking. Robot Sophia speaks for the final five minutes if you want to see live interaction with this sophisticated AI robot.

DeepBrain Chain (DBC) is a blockchain application and computing platform designed to support the creation of AI algorithms. As discussed above, the barriers to entry into the AI industry remain high due to the high cost of developing AI computations. That being said, the team behind the DBC platform aspire to use blockchain technology to lower these barriers by as much as 70 percent. DBC will do this through a decentralized neutral network that distributes the transactional requirements to thousands of nodes to reduce the costs of computing.

DBC’s platform success is based on its decentralized neural network. By having a decentralized system of neural nodes, it makes the AI computational demands exponentially cheaper than current alternatives.

Not only will DBC be supplying the computational power needed to power and develop AI, but the DBC platform will also provide a secure platform for trading data. DBC will use blockchain technology to prevent and protect against reselling data, data leaks, data ownership, as well as data usage rights.

As technology continues to advance, so will the blockchain. History will claim the companies that do not keep up with the ever-evolving technology. However, DBC will not be left behind in the pages of blockchain history. With plans to help support the future creation of AI algorithms, DeepBrain Chain is a project to keep an eye on.

Numerai is an AI-coordinated hedge fund powered by blockchain technology. While there are currently many hedge funds that are managed by AI, none of the current hedge funds use blockchain technology. However, this is not the only reason in which Numerai is unique from other hedge funds. An additional factor setting Numerai out from the rest is Numerai allows data scientists from all over the world to participate and submit predictions on machine learning models to improve the AI currently managing the hedge fund. The new AI led hedge fund is directed by the contributions from Numerai’s network users.

When the model is approved, the original staked token as well as a number of NMR, through the quality and accuracy of the submitted model, will be sent to the contributor. However, if the model instead proves to be inaccurate, the staked tokens are not returned. This staking model gives data scientist the motivation as it also incentivizes hard work, allowing for high-quality prediction models to be created.

Through Numerai’s platform dynamics, data scientists from all over the globe will have access to data that has otherwise been permanently inaccessible and unavailable. Numerai’s prediction models are based on a decentralized collective input; a first in the world of hedge funds.

Through AI and blockchain, Numerai has created and will continue to develop unmatched, accurate predictions models which are used by the AI to run the hedge fund. With the integrations of these two innovative technologies, Numerai will give the hedge fund the potential to be accurate and successful.

The Matrix AI Network (Matrix) is an open-source, intelligent blockchain platform designed to support smart contracts and machine learning services. AI technology will be continuously used to improve the platform using the autonomous self-optimization of its blockchain networks.

This platform will revolutionize the user’s experience when it comes to executing smart contracts by making the process much more comfortable, faster while being more secure, and highly flexible. AI computations may use the mining power of the Matrix network.

What is even more impressive is Matrix’s natural language smart contract creator. While it is still being worked on, this new and highly innovative feature will allow anyone to create and deploy smart contracts in their native language (i.e., English, Spanish, Chines, Japanese, etc.). Best of all, this function is not just a hypothetical. The Matrix development team has already successfully demonstrated the Chinese natural language implementation is operational.

The Matrix AI network has so much room for growth as the Matrix platform is a part of one of China’s most significant infrastructure projects ever, the Belt and Road initiative. The vision behind this massive project is to create an infrastructure that will increase the efficiency of transportation by building new land and sea routes between China, Russia, Europe, and Africa.

The Matrix AI Network will have its blockchain. The team behind the platform is planning to launch the Matrix mainnet in Q3 2018. Until then, demos and beta versions of their services are expected to run on the Ethereum blockchain. So for now, the Matrix token MAN is an ERC-20 token. But as soon as the mainnet is launched, Matrix will have its native cryptocurrency. The MAN token will be distributed to node owners and miners, for running applications and for using AI services.

The sci-fi reality of AI being implemented all around the world is finally here. AI technology has already had many successful applications to the energy industry, and that success will transfer to the blockchain industry as well. Each of the companies listed above has integrated Artificial Intelligence with blockchain technology in their unique ways.

While some projects seem to come straight from a sci-fi movie, the serious services and developments of these projects stand as proof that this is not sci-fi, this is the future. If you’re an AI enthusiast or are only looking for an exciting investment opportunity, these AI futuristic projects are definitely worth watching.