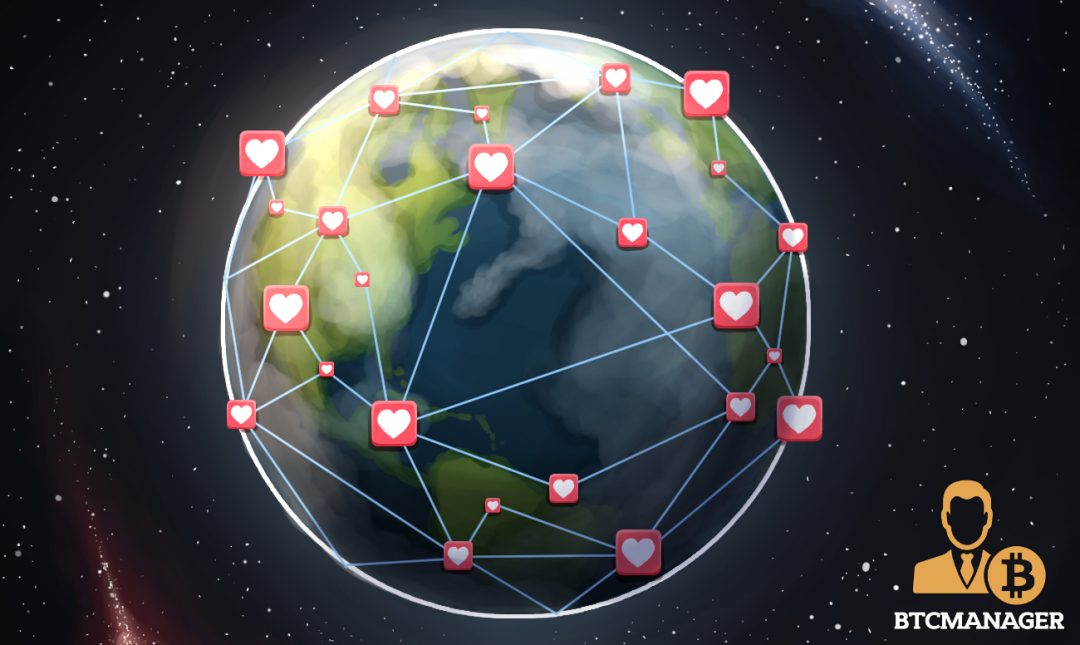 Speaking at an Ethereum London Meetup in June 2017, Christoph Jentzsch and Marvin Maistry discussed the potential that decentralized autonomous organizations (DAOs) hold when it comes to the charitable giving sector. DAOs refer to autonomous organizations that are run entirely on the blockchain and follow a set of rules and parameters implemented through smart contracts.

Public faith in the efficiency of charities is at an all time low. People are donating less money, and those that do donate are unsure of the impact their contribution will have. This is due to corruption, mismanagement, and misappropriation of funds made possible, partly, through centralization, which can foster corruption and fraud.

Christoph Jentzsch and Marvin Maistry believe DAOs can help remedy this. The duo is part of a growing group of people who want to use this concept in order to better the aid space. “How can we use the blockchain, which is one of the original ideas, to make the world a better place? It sounds like a big deal, but with this technology it’s possible,” explained Maistry.

As the name suggests, DAOs are decentralized meaning there is little chance of corruption due to high levels of transparency. Every action is recorded on the blockchain and is visible to all token holders within the DAO. This form of management also features lower administration costs in comparison to traditional organizations as many functions are handled by the technology itself.

Jentzsch, who worked as the lead tester on the Ethereum platform before founding blockchain startup Slock.it, believes that the blockchain can eradicate corruption within charities if implemented accurately.

“The potential is enormous. If you think about [the] US last year, [there] was about $200 billion in charity giving. This is a huge amount of money and a lot of this, unfortunately, is not meeting its goal.”

Another feature of DAOs that is important in the charity space is fast international money transfer. Due to the Ethereum network that DAOs are built on, it is possible to quickly transfer funds and at a very low cost. This means that aid is able to reach the intended recipient almost instantaneously.

DAOs can be implemented for large projects while being just as effective for small projects. Lastly, they allow for community participation in projects which is an essential part of ensuring aid is effective and sustainable.

The Structure of a Charity DAO

Charity DAOs are composed of two interacting codes. The first is the DAO code itself. This part of the structure safely holds the funds in ETH. It defines governance within the organization through the tracking of token ownership within members as well as management of the voting process.

The second code is referred to as the contractor code. It is within this space that proposals or projects or even service providers operate. This is usually in the form of a smart contract, which defines the relevant operational parameters as well as the terms of payment.

Explaining further, Jentzsch stated: “I’m not saying a charity can run without admin costs because that’s also not true. There are people managing things; there are people coordinating things. This is needed. But it needs to be transparent, and each of these things can be a single proposal. You are seeing exactly what you are getting, what you are paying for.”

Since decisions within a DAO are a made through the voting process, the majority can rob the minority. This can be done if a malicious person is able to acquire over 51 percent of the tokens and uses this voting power to push his or her own proposal through.

Also, the operation of a DAO can be compromised by lazy voters. Without voting, the organization has no governance and thus will likely fail to achieve its goals. Lastly, DAOs are likely to grapple with malicious proposals from those who want to misappropriate funds.

There are a number of ways to mitigate these challenges. In order to guarantee the quality of proposals, the organization can have a group of independent curators who manage a ‘whitelist’ of proposal creators. Proposal creators and the amount they can ask for will be dependent on their reputation within the network which grows with each successful project. The proposals will pay out only after milestones are achieved.

To incentivize organization holders to participate in the voting process, there will be a small fee paid to voters. The DAO will utilize dynamic minimum quorum during the voting process so as to allow for progress even with varying levels of voter availability. People will be able to donate without acquiring voting tokens, be able to choose a delegate or choose to vote themselves.

“We will implement something we call liquid democracy where you can at all times choose a delegate who will vote for you, but at any time you can remove the power from him and choose to vote yourself or give this power to someone else,” added Jentzsch.

Lastly, curators and DAO token holders can punish malicious voters who are pushing through lackluster proposals by taking away their voting tokens. This is a complicated process that has the potential for misuse but can be utilized to effectively prevent a 51 percent attack.

The duo are now in the final stages of creating the Charity DAO Foundation based in Berlin. The foundation is conducting research and development around charity DAOs with an aim to better the technology as well as foster greater efficiency for real world use. It is also involved in the promotion and education of the masses about charity DAOs pertaining to their functionality as well as the benefits they offer the aid space. The institution will also publish security analyses and periodic reports on the performance of DAOs.

“What we want to achieve here is to give people a fairly lasting solution where anyone can come and decide where they want to change the world and how they want to change the world and they’ve got the tools to do that without having to go through the current system that’s either inefficient, or has perverse incentive or unfortunately mostly is just corrupt,” concluded Maistry.