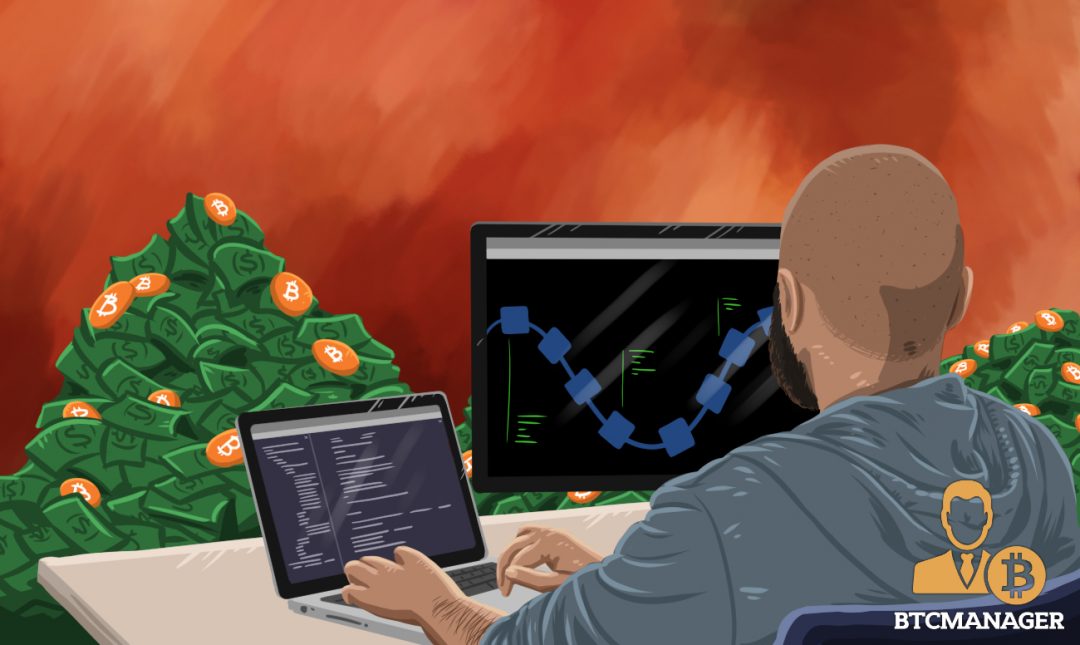 Blockchain developers are now the most sought-after commodity in the job marketplace, with the number of job openings requiring the skill doubling since the beginning of the year. As the demand for experts in the field exceeds the supply, big companies are looking to implement the new transaction technology offer salaries well above $100k per year.

According to the latest quarterly skills index published by Upwork, blockchain was the fastest growing skill in the United States during the second quarter of 2018. The report, which sheds light on emerging skills and validates current trends in the job market in real-time, showed that blockchain topped the list as the fastest-growing skill out of more than 5,000 on Upwork.com for the second consecutive quarter.

The demand for talent with blockchain-related skills doesn’t show any signs of stopping. According to the latest Upwork Skills Index, #blockchain is the fastest-growing skill in the U.S. #freelance #job market for the second quarter in a row. https://t.co/oeGV3ZXcol pic.twitter.com/6pRldangX7

“Blockchain appears to be the next uncharted, highly talked about technology similar to what the ‘cloud’ was back in the mid-2000’s,” the report says.

It’s not Just the Freelance Market

Although most of the demand for blockchain developers used to come from startups, an increasing number of large companies have realized the potential of the innovation.

Companies such as Microsoft, IBM, and Google have moved from trying blockchain to starting their own blockchain-based networks. With more than 400 blockchain projects in progress, over 1,600 employees and more than 150 job openings, IBM has recently been named the number one blockchain vendor by Juniper Research.

According to Matt Siegelman, the CEO of the data analysis campaign of Burning Glass Technologies, on average, blockchain developers in the U.S. earn up to a $130k a year. Software developers, on the other hand, make up to $105k a year.

Highly concentrated tech hubs such as the Silicon Valley, Boston, and New York have more vacancies, with the average annual salary of a blockchain developer being $158k.

Overseas, blockchain developers working in Switzerland can earn more than their peers in the U.S., with the average salary ranging from $120 to $180k per year. Engineer consultants working on blockchain developments in the freelance market charge between $50 and $100 per hour.

The sharp increase in median salaries is a direct result of an increased demand for CEOs, developers, co-founders, and technology directors in the blockchain industry.

“Five years ago, in 2012, we could find only a few vacancies demanding blockchain skills,” said Matt Siegelman.

Looking for an Edge: Google Reaches out to Ethereum

Earlier in May, Vitalik Buterin, the co-founder of the cryptocurrency project Ethereum, tweeted out a photo of what appeared to be a job offer from Google.

Despite the fact that Buterin’s tweet had many people speculating that Google might be working on a secret cryptocurrency project, it turned out that it was nothing more than an HR mistake.

In a report published by Forbes, Buterin confirmed that Google did reach out to him, but that the position he was offered as a result of an automated scouting process.

“Some random HR person from Google emailed me, most likely because some machine learning algorithm analyzed my GitHub and saw that I had some high score in the international Olympiad,” Buterin said.

“Apparently, I fit the blueprints as a great candidate to hire at an intern salary.”