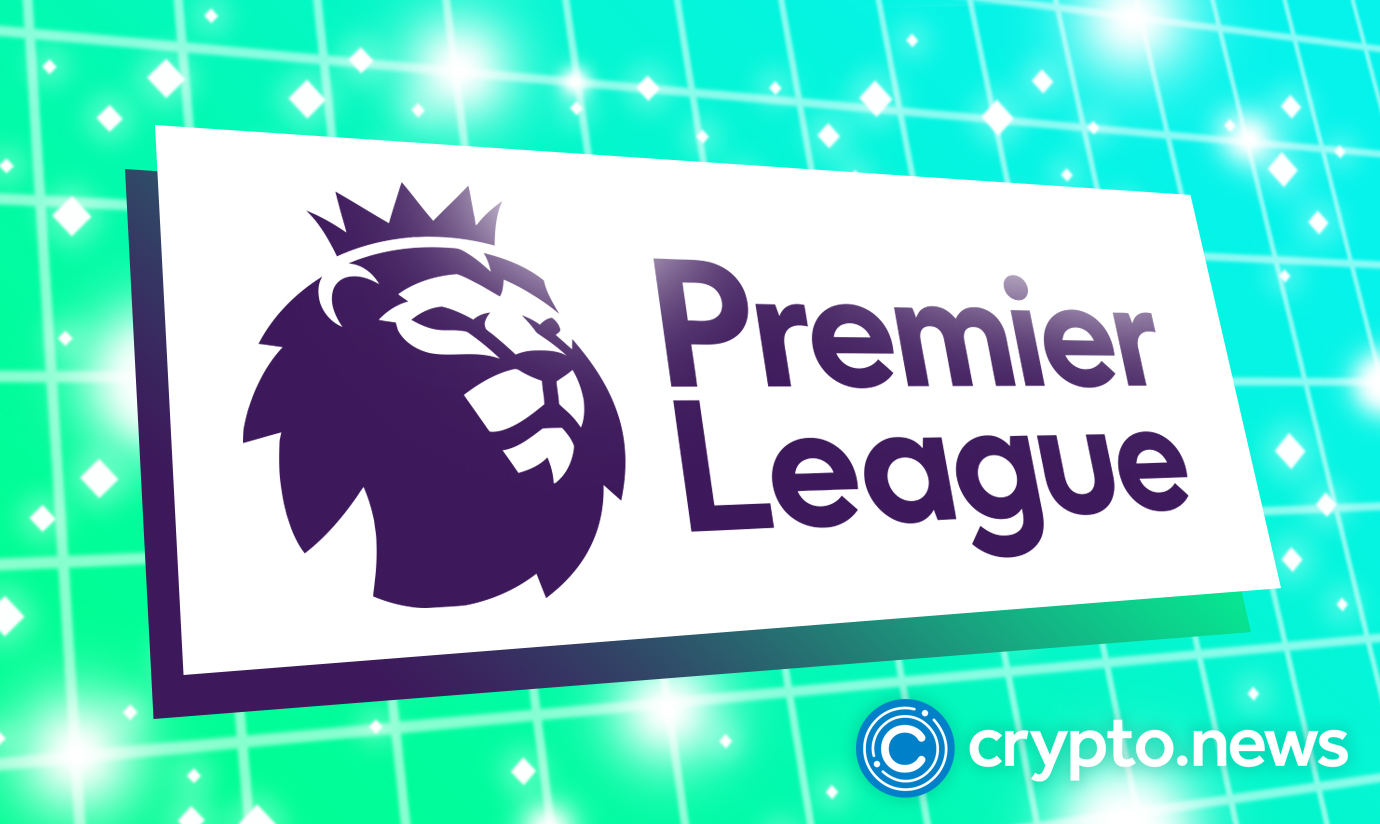 The English Premier League has filed a series of trademark applications with the United States Patents and Trademark Office (USPTO) for non-fungible tokens (NFTs), and the metaverse. The trademark filings mention the league’s brand name, its logo, the loving cup trophy, and other virtual goods.

As non-fungible tokens (NFTs) continue to attract the attention of brands, celebrities, and regular individuals across the globe, the English Premier League (EPL), the world’s most popular soccer league, is taking the necessary steps to protect its trademarks from unauthorized use

According to a tweet by Mike Kondoudis, a renowned trademark attorney, the patent application seeks to protect the Premier League’s official name, its logo, which depicts a crown-wearing lion, and the loving cup trophy, which is the competition’s official trophy. It features a crown and golden lions on both handles.

Established in 1992, the English Premier League is made up of 20 soccer clubs across the United Kingdom and is one of the most-watched sports competitions in the world, with more than 507,000 viewers per TV match, excluding its Spanish language telecasts.

Premier League NFTs in the Works

Notably, the English Premier League’s push to protect its trademark is a strong indication that the organization may be putting the finishing touches on its NFTs and Web3 ecosystem launch. It’s also a strategic move designed to strongly safeguard its intellectual property especially as sports stars continue to venture into the world of digital collectibles.

Last January, reports emerged that John Terry, a former Chelsea Football Club player and England international, illegally used the images of the prestigious Premier League & UEFA Champions League trophies, which are the intellectual property of both the EPL and UEFA, to promote the Ape Kids Club NFT project on social media.

However, the Chelsea legend had no choice but to retrace his steps after the Premier League and UEFA reportedly took legal actions over the matter.

It’s worth noting that other entities looking to leverage the global reach of the English Premier League to promote their metaverse projects have also filed trademark applications with the brand’s name in recent times, including one that submitted an application to the USPTO to register its  Metaverse Premier League.

“The Premier League is regularly watched by more than one billion people, so the value attached to the brand is substantial. These filings represent a logical step to protect the brand in today’s economy, including virtual and crypto elements, and tomorrow’s virtual economy in the metaverse,” said Kondoudis.

In related news, last March, crypto.news reported that the English Premier League has inked a partnership deal with Joseph Lubin’s ConsenSys, to launch the official NFT project of the League. With its IP rights now fully secured abroad, the Premier League can now proceed to storm the metaverse with its NFT collection.