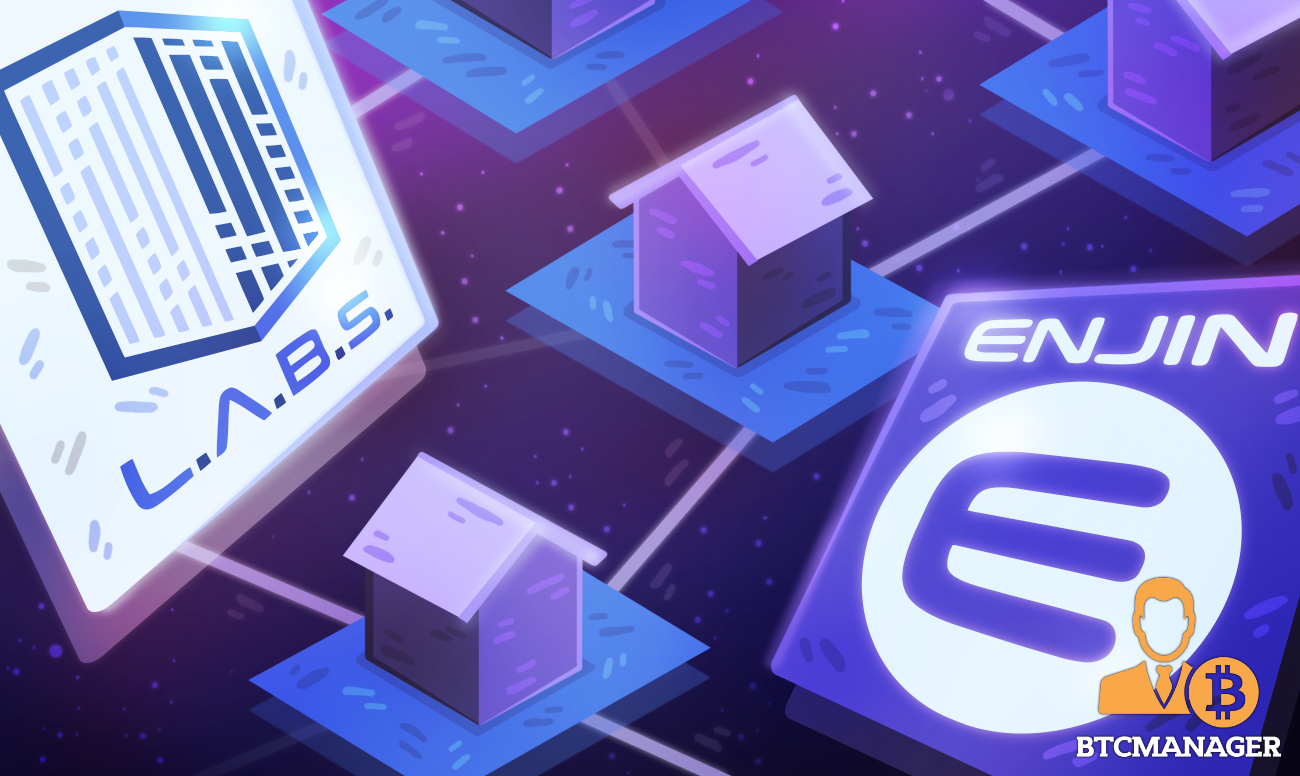 Enjin’s blockchain platform is set to be tapped by LABS Group to mint and issue non-fungible tokens (NFTs) that will democratize the ownership of real estate assets.

According to an announcement made on February 2, digital investment platform LABS Group will use Enjin’s blockchain platform to mint and issue NFTs that would represent fractionalized real estate assets. This way, Enjin and LABS aim to make the real estate asset class more accessible for all.

The alliance between Enjin and LABS Group will allow all – irrespective of their economic status – to purchase fractionalized real estate assets for as little as $100. The partnership will essentially increase retail accessibility to real estate investments and ownership which have, until now, been reserved for institutions and investors with deep pockets.

Notably, the tokenized property titles will be minted via the Enjin Platform and will help mitigate the barriers to entry to lucrative assets such as hotels and apartments. Further, the platform will also enable approved property developers to crowdfund via a wide network of retail investors.

It is worthy of note that the tokenization of fractional shares of typically illiquid asset classes such as real estate can inject a massive liquidity boost into the industry. Currently, the real estate market represents the world’s largest asset class, valued at $228 trillion.

The partnership will see transactions getting settled on the Ethereum blockchain that will aid property developers and buyers in circumventing lengthy settlement periods and notoriously high third-party expenses.

Commenting on the development, Maxim Blagov, CEO of Enjin, noted:

“Blockchain has proven that everyday people are searching for opportunities to put their money into assets that grow in value.”

“The real estate industry offers a product that is fundamental to our survival, which is why the market is so stable. It’s only a matter of time before real estate is tokenized. Together with LABS, we can be among the first movers to disrupt one of the world’s oldest markets.”

For the uninitiated, Enjin provides an exhaustive NFT minting and management ecosystem that will be integrated by LABS (which stands for “Liquifying Asset Backed Shares”).

Per the announcement, approved property owners, real estate groups and developers will be able to seamlessly mint NFTs that would be representative of fragments of apartment units, hotel rooms, and other similar real estate assets. They will later be able to trade these fractionalized assets through the regulated LABS Security Exchange.

“The goal of this initiative is actually very simple: with just 100 USD, you can invest in a luxury resort of your choice, around the world.”

“Enjin is considered one of the most experienced teams in the cryptoverse when it comes to NFTs. We knew Enjin was the right choice when selecting a blockchain integration partner to represent our real estate assets. The team’s experience in building tech along with their partnerships made it a no brainer for us.”