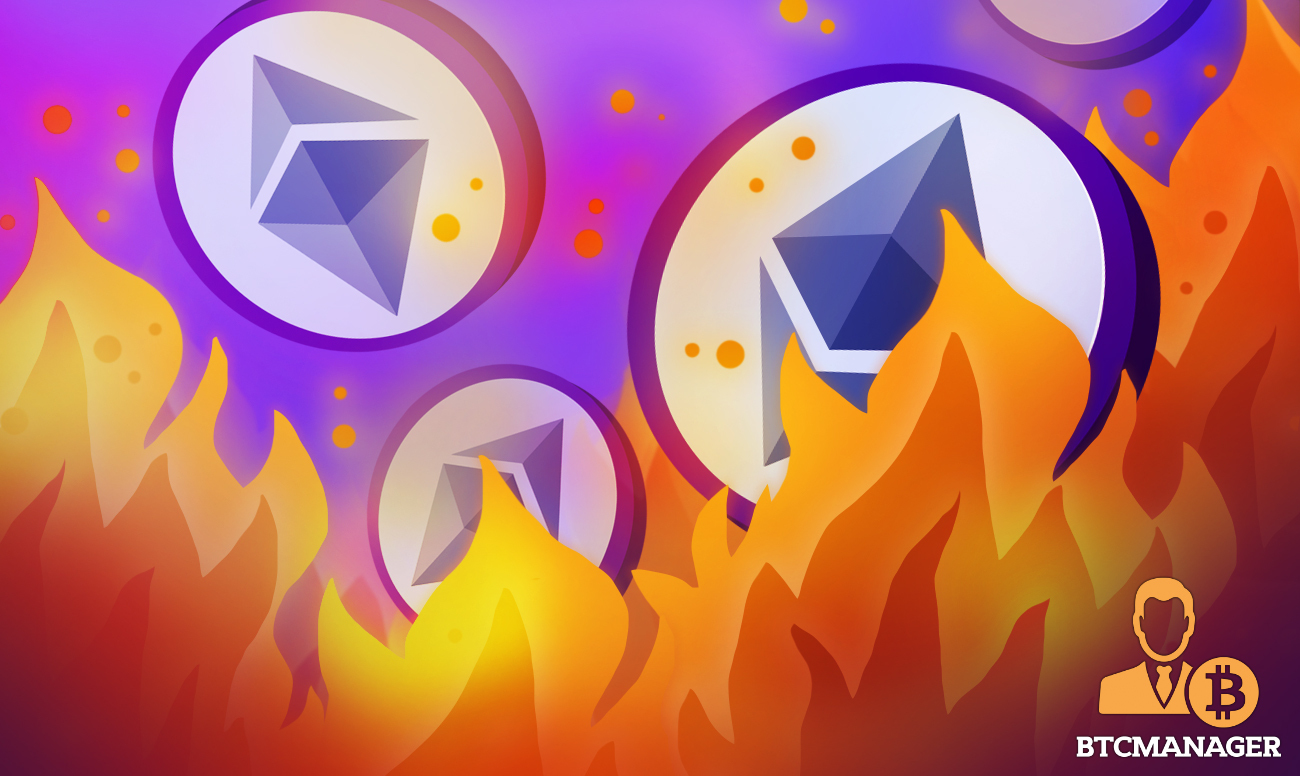 Ether (ETH) may achieve a deflationary asset status sooner than expected, as more and more ETH continues to get burnt each day via the gas fee burn mechanism implemented during the London upgrade.

While Satoshi Nakamoto’s bitcoin (BTC) remains the world’s number one deflationary cryptocurrency, ether (ETH) is making steady progress in its journey towards becoming a solid hedge against inflation just like the former.

According to the Daily Gwei’s Anthony Sassano, Ethereum has seen a deflationary week for the first time since the implementation of the Eth fee burn mechanism during the London upgrade last August.

The latest milestone reached by Ethereum comes as a huge surprise, as eth was not expected to achieve a deflationary status until late December 2021 or early 2022, when the Eth1 and Eth2 Merge must have been completed. However, the steady increase in gas fees over the past weeks has made this possible.

Over $55 Million in ETH Burned Daily

Sassano says the steady increase in gas fees has significantly boosted the ETH burn rate in the past weeks, with nearly 13,000 ETH tokens, amounting to over $55 million destroyed everyday.

“Over the last seven days, the Ethereum network burned more ETH than it issued. Yes, that’s right – Ethereum has been deflationary for over seven days now. Due to the current PoW issuance (4.5 percent), a deflationary ETH was not something that was expected to happen until the Merge but due to the ongoing high fees, the Ethereum network is currently burning nearly 13,000 ETH per day or $55 million at the time of writing – truly insane when you really think about it,” wrote Sassano.

Sassano further noted that while a good number of crypto investors believe that the coming of EIP-1559 has done more harm than good to Ethereum by increasing gas prices, he says this notion is actually wrong, as EIP-1559 has helped the network to handle demand more efficiently.

Even at that, the current state of affairs in the Ethereum ecosystem remains a course of concern for the average user, as the average cost of a simple ERC-20 token transfer now sits around $46, according to Etherscan.

While layer-2 Ethereum scaling solutions are increasingly gaining adoption these days, as data available on L2beat, an analytics and research platform for Ethereum layer two scaling, shows that nearly $5 billion is currently locked across various L2 networks, a whole lot of people still can’t afford to get on these platforms due to the bridging costs involved.

However, Sassano has hinted that more L2 onboarding solutions will go live in the near future to further alleviate the suffering of Ethereum users.

“The demand to use Ethereum has never been greater and I’m glad that most of the fee revenue generated by the network is now going to ETH holders (in the form of burned ETH) instead of miners,” he added.