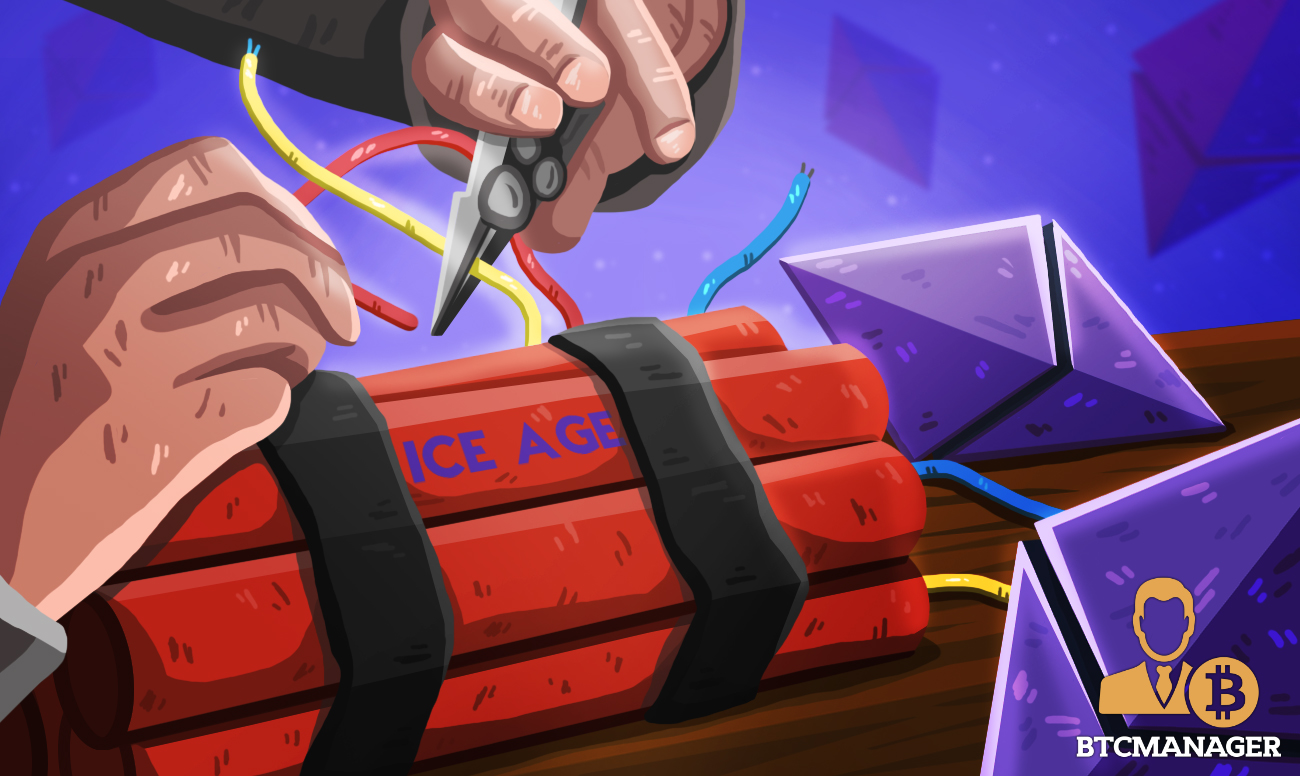 Ethereum core developers have agreed to delay the network’s difficulty bomb until December this year. As the name implies, the Ethereum difficulty bomb or Ice Age makes mining more complex by increasing the amount of time required to mine a new block on the network, thereby making Ethereum mining operations less profitable.

With Eth 2.0 development going exactly as planned, Ethereum core developers, including James Hancock and Tim Beiko have agreed to alter the Ethereum Improvement Proposal (EIP-3554) code which is also known as the difficulty bomb, in a bid to push back its detonation from July to December 1, 2021.

For the uninitiated, EIP-3554 was introduced in 2015 to motivate Ethereum developers to Fastrack Eth2 development. The difficulty bomb is designed to make Ethereum mining less profitable by simply increasing the time required to mine a new block on the network.

For context, the Ethereum block time (time required to mine a new block) presently sits at just above 13 seconds, however, that number could go as high as 20 or even roughly 30 seconds if the difficulty bomb is not taken care of.

Next up, we discussed EIP-3554, @JHancock's alternative to EIP-3238, which pushes back the difficulty bomb to ~December. James walked through his script on the call, and we agreed to include it instead of 3238 ✅

Eth1 & Eth2 to Merge in December

The team says the difficulty bomb has now been delayed by 9,700,000 blocks or until December 1, 2021, as the devs expect the Eth1 and Eth2 Merge operation to have been completed by then, effectively dumping proof-of-work (PoW) for Proof-of-Stake (PoS).

However, if things do not go as planned, and the team feels the transition to PoS may not be possible by December this year, the difficulty bomb will be further delayed during the Shanghai fork scheduled for October 2021.

“If the Merge is ready by December, we won’t need to do anything about the bomb because the Ethereum network will move away from mining to staking,” said Tim Beiko, an Ethereum core developer.

Notably, this is the fourth time the Ethereum team is delaying the detonation of the difficulty bomb. The exercise was first carried out in October 2017 via the Byzantium upgrade, followed by another during the February 2019 Constantinople fork and the last was done in January 2020, when the Ice Age was delayed by four million blocks.