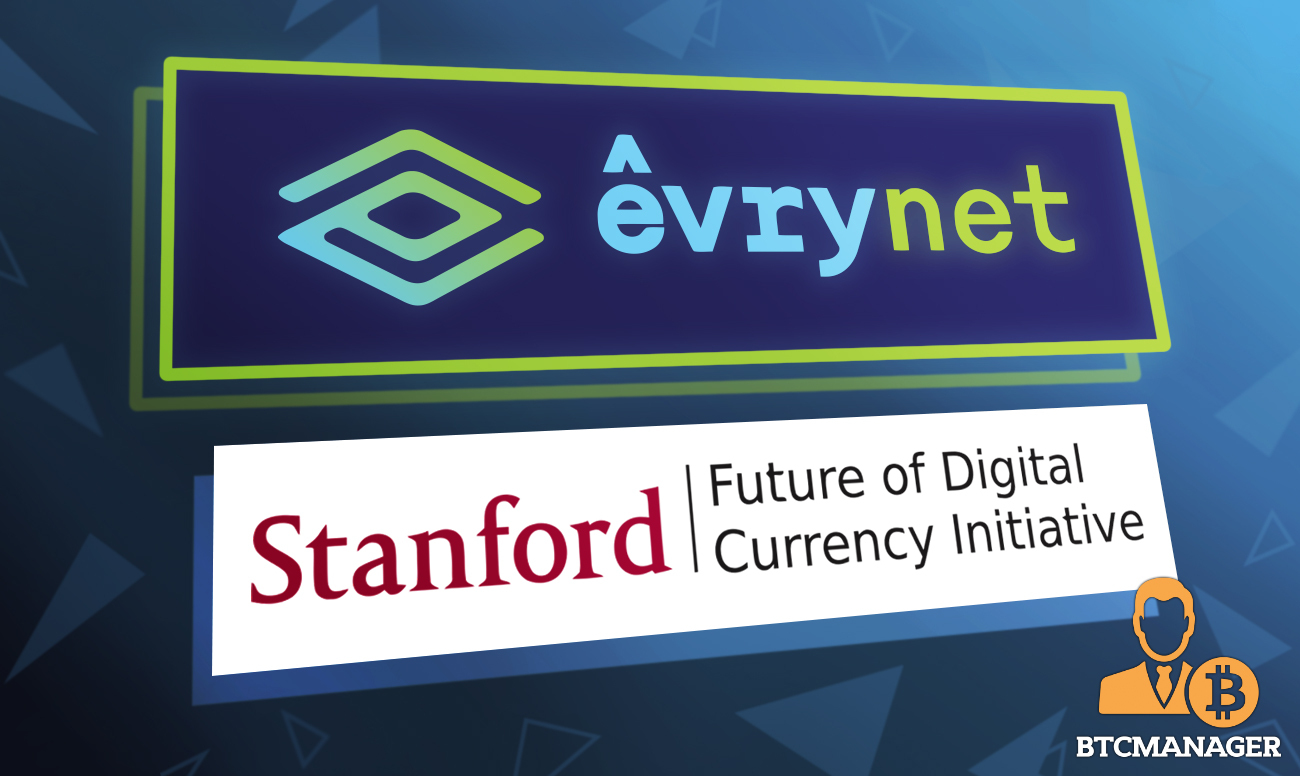 Evrynet, the leading intelligent financial services platform today announced it would join the Standford Future of Digital Currency Initiative (FDCI) as a member.

As the latest member of the FDCI, Evrynet will join the likes of IBM, Ripple, Celo, and others committed to develop universal digital currency APIs. In addition, the highly-acclaimed SPEEDX technology will make its way to Evry.Finance’s decentralized exchange (DEX) dApp.

The primary motive behind Evrynet joining the FDCI is to incorporate the SPEEDX technology into Evry.Finance’s eagerly-awaited DEX. Via SPEEDX, the Evry.Finance DEX will be able to vastly enhance its overall transaction speed and achieve a theoretical output of more than 100,000 transactions per second.

Evrynet’s decision to join Stanford’s FDCI places it alongside the likes of other members such as the Algorand Foundation, Celo, Polkadot, Ripple, IBM, and the Stellar Development Foundation.

Moreover, Evrynet announced it had appointed Muharem Hrnjadovic as its Chief Technology Officer (CTO). Prior to joining Evrynet, Muharem has worked as the CTO for Monetas and Sygnum AG. Muharem is also a former Senior Software Engineer for the Kraken Digital Exchange.

Evrynet is poised to enter its next phase of development bolstered with the experience of its technical lead Sam Wong and advisory board member Geoff Ramsayer. Notably, both Sam and Geoff have worked closely with Professor David Mazieres on developing the SPEEDX technology.

“The Stanford Future of Digital Currency Initiative (FDCI) is working to ensure digital currency APIs are open to innovation and can benefit the greatest number of people. A key part of this is enabling everyone to participate in the global economy on equal footing, regardless of their native currency. SPEEDEX takes a giant step in this direction by providing fast, fair, and economically efficient asset exchange at layer-1 in decentralized blockchains. We are delighted that Evrynet has embraced this technology and will be deploying it in a production setting.”

Evrynet is working with MIT to expand its reach in the financial world and has been witnessing increased traction and attention from both within and outside the blockchain industry.

Evrynet is playing an instrumental role in bringing the necessary infrastructure to developers and businesses keen on developing centralized, decentralized finance (DeFi) apps via a set of financial services. Further, Evrynet boasts of enhanced interoperability that enables it to explore various products, services, and use-cases.

“If digital currencies are to benefit the greatest number of people, they will need to be built on high-performance infrastructure, and in particular, will require a high-throughput distributed exchange where any user can freely trade one currency for another at a fair exchange rate. Conventional wisdom holds that the only path to blockchain scalability lies in Layer-2 networks; SPEEDEX, by contrast, shows that it is possible to construct a scalable DEX that runs directly within a replicated state machine. And in doing so, SPEEDEX eliminates internal arbitrage, risk-free front-running, and treats users fairly, regardless of their access to capital and computing resources. I am beyond excited to see Evrynet deploying the technology based on SPEEDEX.”

At the beginning of the year, Evrynet raised $7 million in private funding which will be used to develop a suite of innovative DeFi dApps. The project’s Evry.Finance DEX will not only function as a DEX but also offer deep liquidity pools and staking solutions.