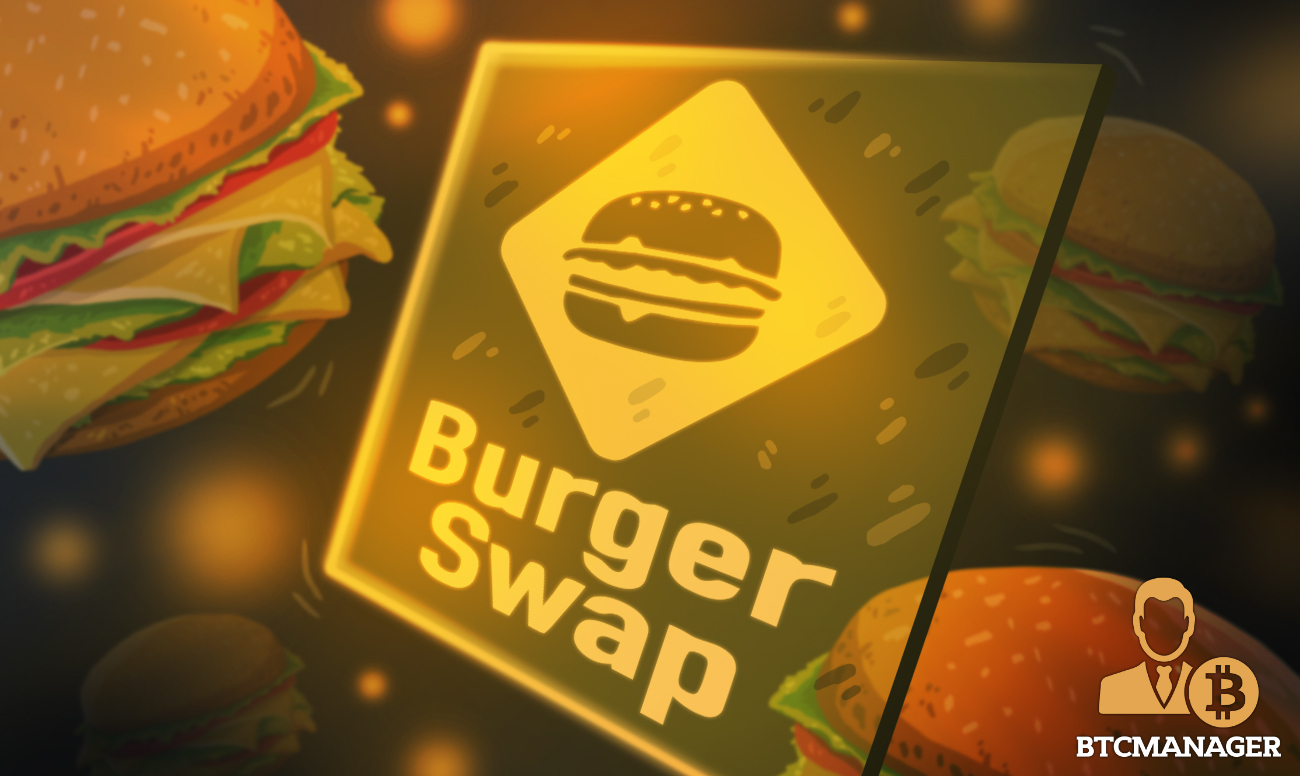 As Coin98 Analytics reported last week, according to BscScan, BURGER, the native token of BurgerSwap with 3,693 token holders, has the No.1 holder volume among more than 270 BEP-20 tokens. And now the number has doubled within less than a week, reaching a total of nearly 10K as the time of writing (BscScan). 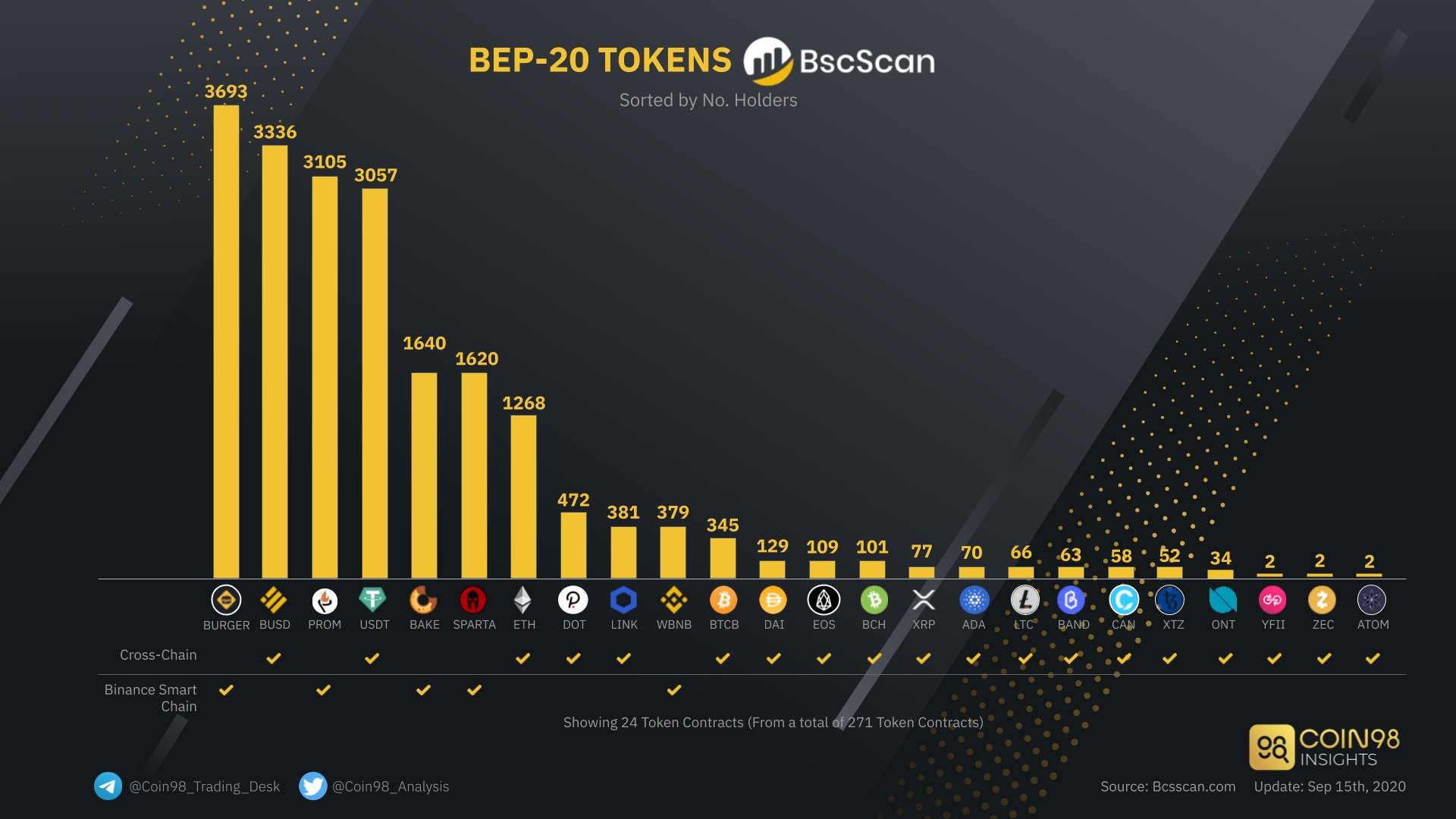 Although the whole “DEX taking over the CEX” is seemly an overstatement and may not come true at least in the near future, as the latter remains as a more user-friendly and faster way to onboard and educate new crypto users, DEX has already started to flex its muscle. The transaction volume of the largest DEX Uniswap exceeded that of Coinbase.pro (the 3rd largest CEX) for several days in the past month, marking a huge milestone in the DEX world. Moreover, it has seen a sharp surge in TVL (Total Value Locked) since its announcement of the issuance and distribution of its native token UNI, reaching nearly $20 billion in TVL as the time of writing.

Uniswap’s clone protocol SushiSwap is another big DEX at the moment with $480 million in TVL. However, it is demonstrating a slower growth rate due to the launch of UNI by its main competitor Uniswap and its own transparent issues.

Users prefer DEX to CEX because of its decentralized nature, transparency and enhanced security. They feel more comfortable having the full control of their assets, while having the flexibility to be the market makers and earn LP’s rewards as well as a portion of transaction fees.

However, the current DEX solutions are not ideal from many aspects.

Despite the large user base and TVL, both of the DEXes are facing the same challenges that are increasingly severe: high Gas fees and slow transaction pace caused by the congestion on ETH. As reported by CoinTelegraph, making a simple Ether to Dai (DAI) exchange on Uniswap required $55 in gas fees at one point this month. Sometimes a low Gas fee offer will lead to the transaction stuck on the chain forever and canceling the transaction is not free either. The unaffordable Gas fee and frustrating user experience make it impossible for small players to participate and conduct frequent trading, gradually leaving Uniswap and SushiSwap the playground for mainly whales.

Another major flaw of the SushiSwap project and similar projects is that they don’t really care about the community and governance. Incentives for liquidity providers and staking rewards are low and that will not change, due to the undemocratic way the protocol is created.

BSC as the underlying architecture

Aiming to improve the current challenges in the DEX field, BurgerSwap fixed its eyes on Binance Smart Chain (BSC). With Proof-of-Staked-Authority mechanism, BSC has cheap transaction fees as low as 1 cent and a 3 second block time, making it the perfect candidate for a DeFi underlying infrastructure. The cheap transaction fees and high approval speed realized by BSC makes BurgerSwap a good place for not only big whales but also small and frequent players.

BurgerSwap is developed based on the DEMAX decentralized finance platform built on Binance Smart Chain, which implements the ERC-2917 proposal with the goal to make it possible for liquidity providers to withdraw their earned rewards at any point in time, creating instant liquidity without having to redeem any LP tokens. With the ERC-2917 proposal, BurgerSwap has realized higher flexibility than Uniswap and SushiSwap, providing users with more freedom and control over their assets.

BurgerSwap is all about Democratization

BurgerSwap is created for the community and its growth will be highly dependent on the community, by default. BurgerSwap emphasizes the concept of a “democratized decentralized exchange”, which means that governance is not optional but mandatory. The users make the rules!

BurgerSwap has made it possible for any user to create proposals to adjust transaction fees, block rewards and other system parameters of the exchange, and any user staking BURGER tokens can vote to pass or reject a proposal.