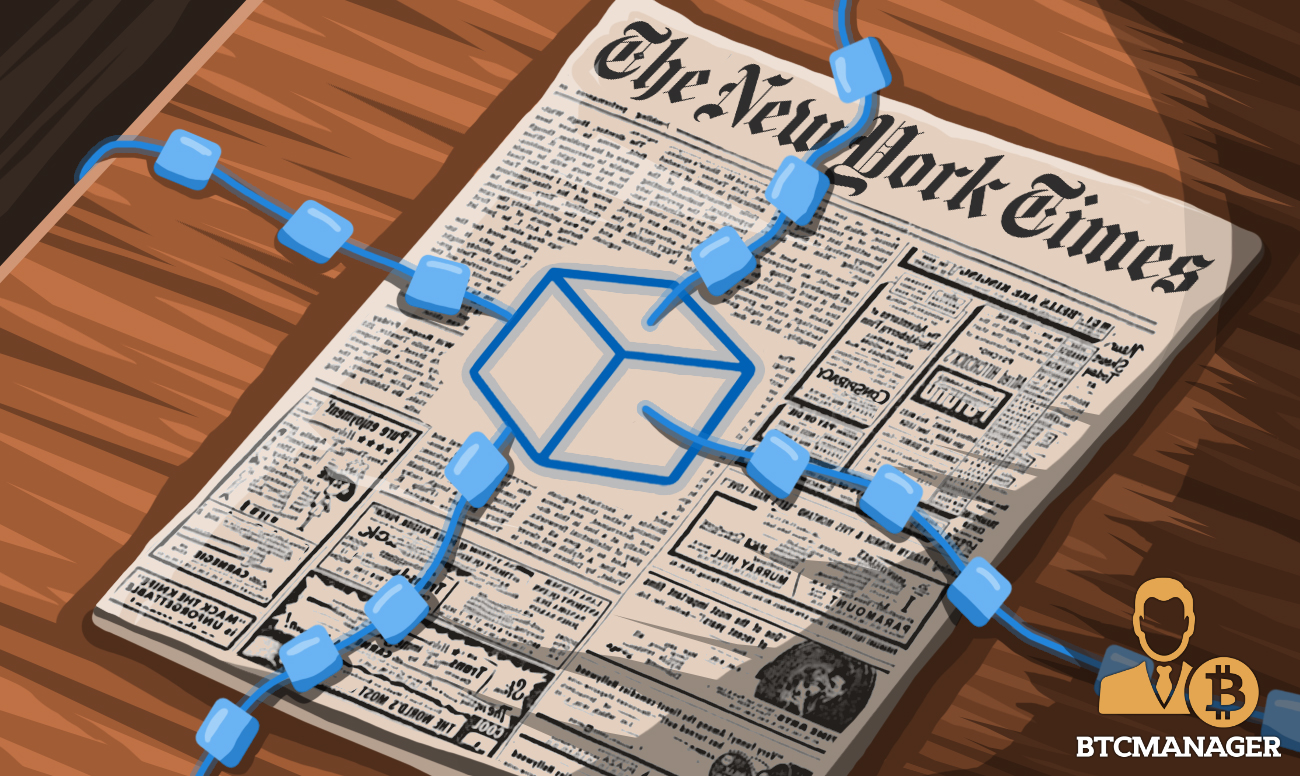 While blockchain technology and its most infamous application Bitcoin has been snapping up headlines as the world’s cutting-edge technology, it turns out that it’s not so cutting edge after all. The world’s oldest blockchain could be found in the New York Times classified section fourteen years ago.

The blockchain is a shared ledger maintained by a network of users connected to it. Given the fact that it is encrypted, information is only accessible to users with the ability to decrypt it. The encoded data is stored on a “block” and linked to the rest of the network with a “chain”

Blockchains can be used as an immutable record spread across an extensive business network. This is revolutionary because all businesses operate through the transfer of assets within a system. Furthermore, the blockchain can maintain information about anything from cryptocurrencies to crypto kitties.

This technology was first conceived by Stuart Haber and Scott Stornetta in 1991. Though it was not the global computing platform that it is today. Instead, it was merely a timeline of hashed data. They saw this as a way to timestamp digital documents to establish their veracity. This would be critical to developing intellectual property rights or even collecting signatures in the digital sphere.

This was tantamount to mailing yourself a document in a sealed envelope or making chronological entries in a notebook. While the real world offers many ways to tell if a document has been tampered with or falsified, this is much more difficult with digital documents.

Haber and Stornetta made it so that a digital document cannot be altered without changing its hash. A malicious actor would similarly not be able to change the timestamp on the document.

Haber and Stornetta realized the best way to authenticate digital documents was to send the document through a hashing algorithm which would create the ID for the document. Change the data in the document and change the hash ID. This created de facto digital notary service.

The power of relating information to digital hash numbers means that the entire network can see that the data has not been corrupted. Haber and Stornetta realized that a newspaper could operate similarly. So, 14 years before Bitcoin or Satoshi Nakamoto, the two cryptographers launched a preliminary version of the blockchain, called Surety.

Surety’s product was named “AbsoluteProof” which cryptographically marks and seals digital documents. A document would be sent to Surety’s servers, and the AbsoluteProof software would create a hash of the document and timestamp it. The hash set would then be stored for the customer by the program.

A copy of all seals created by AbsouteProof was updated in the “universal registry database.” This produced a permanent record of all seals formed by Surety. But why should anyone trust Surety’s internal audits?

To solve the issue of trust, Surety created a hash value for all seals added to the database each week. They then published the hash value to the New York Times classified section once a week. This made it impossible for anyone including the company to backdate timestamps.

Before cloud computing and the global proliferation of the internet, this was the natural way to solve problems endemic to transferring digital documents. While blockchain seems to be on the bleeding edge of technology, it is merely the latest iteration of a conversation that has been going on for over a decade.