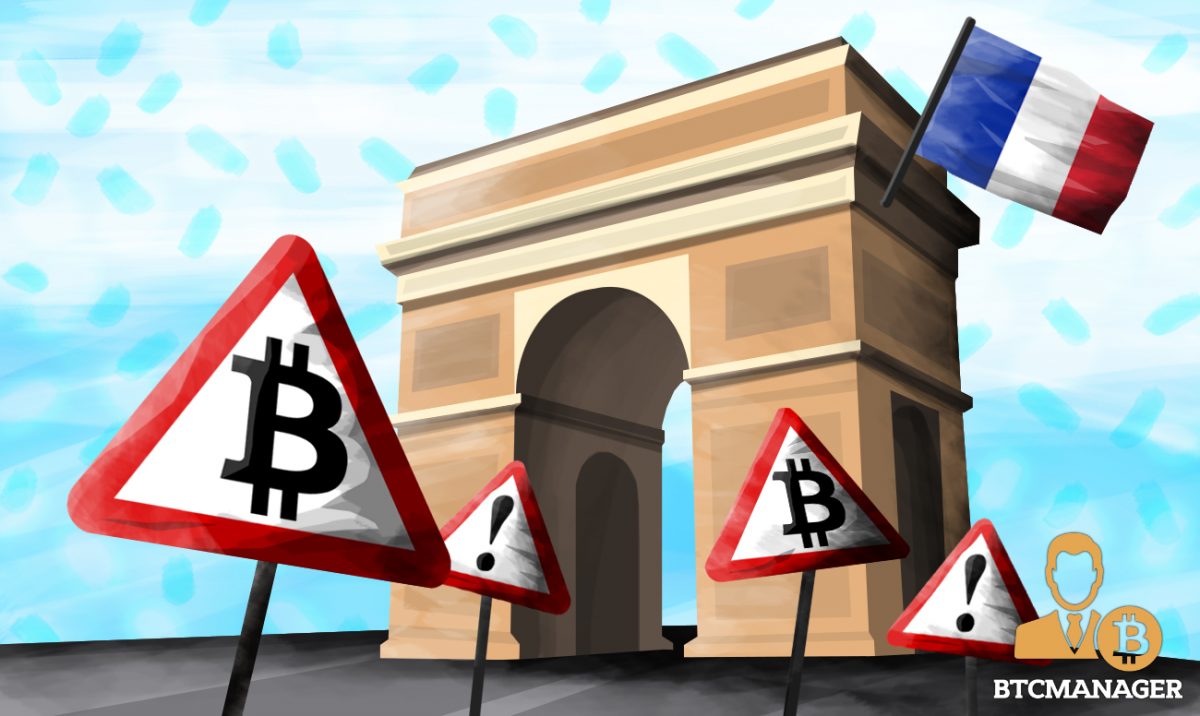 France is the latest country seeking to combat reports of money laundering and tax evasion in the cryptocurrency industry. The country’s finance minister Bruno Le Maire has expressed his desire for new guidelines and a regulatory framework surrounding the digital currency ecosystem.

According to Le Maire, bitcoin and other cryptocurrencies have resulted in an alarming amount use among terrorists and tax evaders alike.

Le Maire has also publicly criticized the notion of virtual currencies and tokens several times in the past, including statements to the effect: “I don’t like it. It can hide activities such as drug trafficking and terrorism.”

Consistent with  remarks he has made in the past, Le Maire has ordered the head of the country’s central bank to come up with a new regulatory framework surrounding cryptocurrencies. The finance minister also stressed that there might have been possible financial manipulation and price speculation in the market.

It is common knowledge that the President of France, Emmanuel Macron, holds similar views regarding the current state of the cryptocurrency ecosystem and likely supports the minister’s action.

Even though there is a great deal of potential tax and legal implications involving bitcoin for the French economy, it is unlikely to be banned entirely by the government. In December of 2017, the finance minister announced that unlisted securities would be able to trade via blockchains.

France has also been aggressively showcasing financial innovations through its research of blockchain implementations and benefits for public sector amenities.

France isn’t the only country in the European Union targeting cryptocurrency regulation. Joachim Wuermeling, a member on the board of the German bank Bundesbank, has said that “Effective regulation of virtual currencies would therefore only be achievable through the greatest possible international cooperation because the regulatory power of nation-states is obviously limited.”

Given that bitcoin and other cryptocurrencies have come under fire for their use in peddling drugs on the dark web and funding terrorism, some countries throughout the world seeking to impose burdensome regulation on the market.

La Maire is therefore openly advocating for cryptocurrency regulations at the international level. In the past, he has indicated interest in holding a debate at the G20 summit over the future of regulatory frameworks among its members. In December, Le Maire stated that he would propose a discussion on bitcoin to the next president of the G20 summit that is scheduled to be held in late 2018.

While governments in Europe and abroad seem to be coming down slowly on cryptocurrencies, it is also worth noting that a few countries have legalized their use as legal tender. Japan and Germany, for instance, both recognize the use of bitcoin in payment mechanisms.

Most countries remain concerned about cryptocurrencies and their use for tax evasion and terrorism funding. So until these problems are eradicated, the market may continue to be turbulent from news of such government crackdowns.