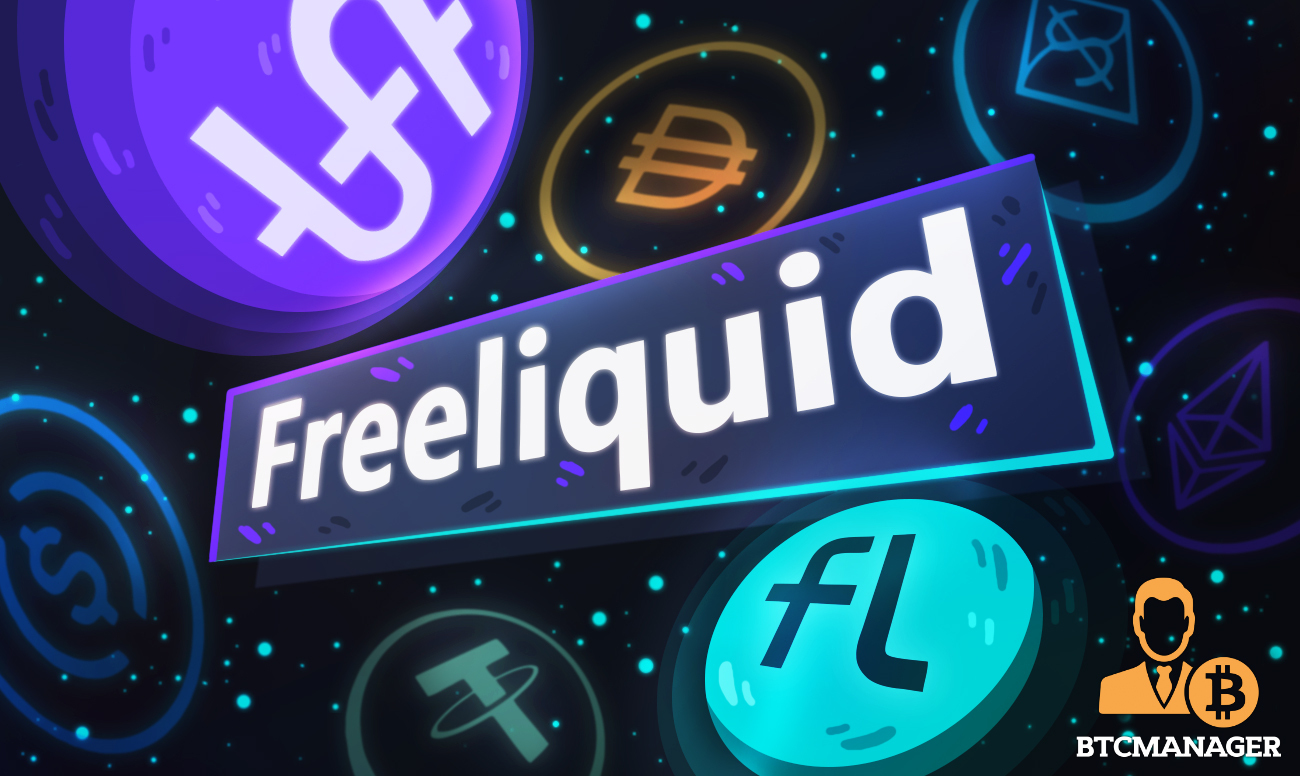 The largest event in the crypto space of 2020 has been the emergence of DeFi, providing solutions and access to financial services for everyone. Among many services that DeFi offers, lending crypto assets has become one of the major sectors of the industry. A new player on the market, the Freeliquid Protocol, offers loans in USD stablecoins for providing stablecoin liquidity pools as collateral. This set up to be a major breakthrough, since supporting stablecoins as security for the loan guarantees safety both for the lending service and the borrowers.

Freeliquid Protocol was launched on 21 December 2020. Being an open-source platform built on the Ethereum blockchain, it is a fork of MakerDAO, another well-trusted lending service. Similar to Maker, Freeliquid has two native tokens: the USD stablecoin USDFL and the governance token FL. There are three main components of Freeliquid: Borrow, Reward, and Save, which are all accessible through their web app at freeliquid.io.

The USD Freeliquid (USDFL) is an ERC-20 stablecoin that is soft pegged to one US dollar and backed by user-provided collaterals. It is the main currency of the protocol and serves as a medium of exchange and an efficient store of value with a stable market price. It is easy to hold as well as transfer using cryptocurrency wallets. Like many other ERC-20 tokens, it is tradeable on decentralized exchanges as well.

Users have the ability to borrow USDFL up to 90% of the collateralized asset value. The loans do not require a third-party approval and users are not bound by any date until which the repayment has to be made. Loans can be issued and covered instantly and at any time.

The received funds in USDFL are in full control of users and can be traded freely. For example, this might include creating another pool on Uniswap, almost doubling the original passive income from liquidity fees.

FL is the governance token of the platform and its holders can participate in the governance of the project through voting. The token can be easily stored and transferred to any ERC-20 wallet. During the first three months of Freeliquid, users are rewarded for providing liquidity pools for the USDFL-FL pair.

The FL distribution is based on the Fair Launch model that ensures an even distribution of tokens. There has been no ICO or private sale of FL, instead, the governance tokens will be distributed to users that support liquidity of the native Freeliquid tokens. The four reward programs are as follows:

Day 1 to 10, an allocation of 100,000 FL – In the first 10 days, 100,000 FL will be distributed to users who lock their liquidity pools with any pair consisting of the following stablecoins: USDT, USDC, DAI, USDN. The rewards will be based on the user’s share in the total value of assets locked on Freeliquid Borrow.

Day 11 to 100, an allocation of 400,000 FL– the second program rewards users that support liquidity of the FL token. Rewards are distributed to users who add to the USDFL-FL liquidity pair on Uniswap and lock their LP tokens in Freeliquid Reward.

Day 11 to 381, an allocation of 450,000 FL – the third program rewards users that support liquidity of the USDFL token. Rewards are distributed to users who add to the USDFL liquidity pairs with stablecoins on Uniswap and lock their LP tokens in Freeliquid Reward.

Day 1 to 712, an allocation of 50,000 FL – the fourth program will run for 712 days and incentivize the use of Oracles for price updates (i.e., the Oracles transaction initiators).

Advantages of the Freeliquid Protocol

Stablecoin liquidity pools offer a great source of passive income with minimal risks to its holders. They also represent a perfect security, since lenders can be sure that the value of the collateral provided is not going to drop down significantly. However, no lending platforms so far have been supporting them as collateral  – until Freeliquid. By using the Freeliquid Protocol, liquidity providers can now take advantage of their assets. They simultaneously keep the passive income from liquidity fees and receive funding for their free usage – a great deal that is rare to see.