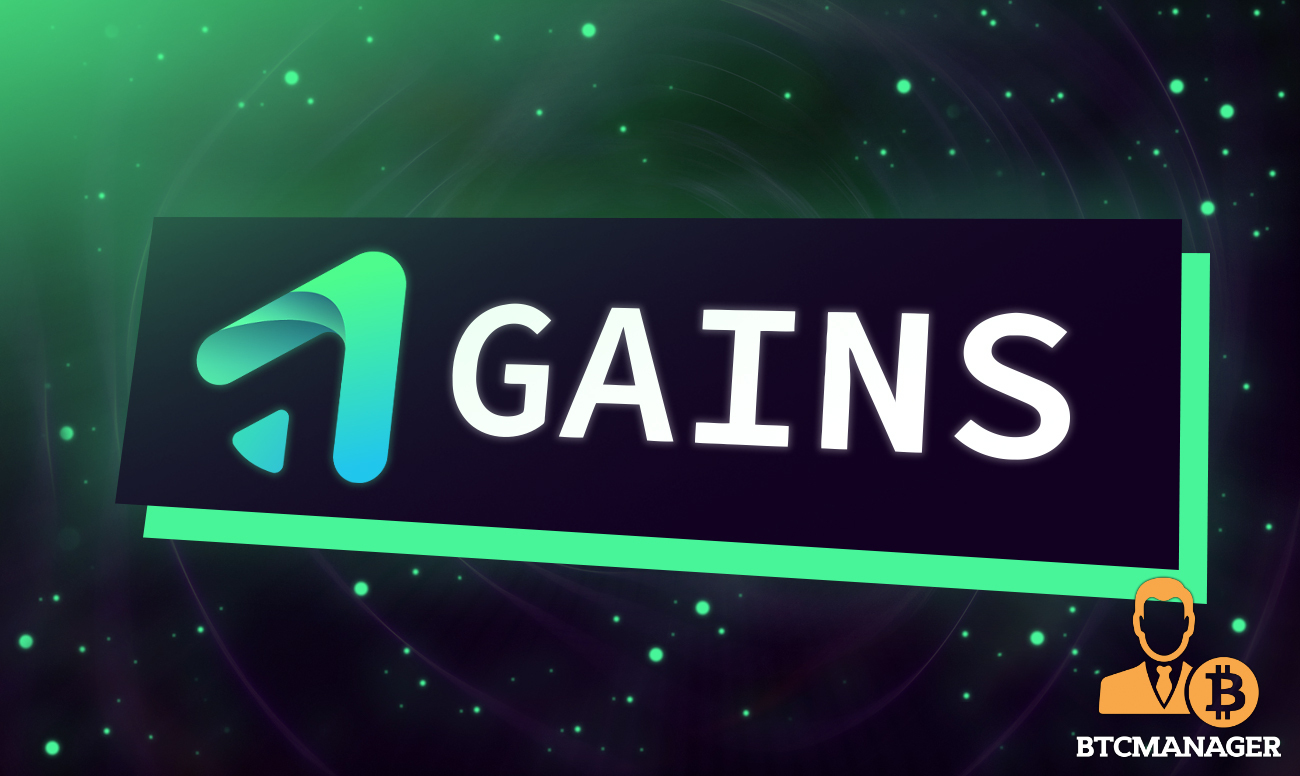 Gains Network, the developer behind the next generation leveraged trading platform gTrade today announced it had applied for $750,000 in financing from Polygon DeFi in a bid to conquer the next two major milestones on its roadmap.

The newly-unlocked grant will primarily be used for further growth of the decentralized leveraged trading platform gTrade.

Out of the total grant of $750k, Gains Network has unlocked an initial budget of $250,000 in MATIC tokens to help it hit four key targets within the next two months.

The first milestone is almost achieved already via organic growth that includes sustaining $30+ million in daily trading volume for a minimum of 10 days, and $20,000 maximum per-trade collateral as enabled by its DAI vault.

In addition, the platform’s targets include $4 million GNS/DAI liquidity, and $2 million of total value locked (TVL) in the DAI vault. Both milestones have already been achieved, the announcement adds.

For instance, currently gTrade averages $20 million in daily trading volume, and $18,000 max per-trade collateral which has risen almost 3x from $6,000 before its DAI vault update less than two weeks ago.

Moreover, gTrade has over $7 million in TVL in GNS/DAI LPs and reached $1.8 million TVL in its DAI vault only 4 days after its opening.

What are the Benefits of Using gTrade?

For the uninitiated, gTrade is a high-throughput, liquidity-efficient, decentralized leveraged trading platform that allows users to leverage the Polygon blockchain and benefit from low transaction costs and rapid transaction confirmation speeds.

Among other services, gTrade offers leverage on median spot prices, and the promise of 0% funding fees and 0% price impact courtesy of its unique asset agnostic synthetic trading mechanism powered by the minting and burning of its native GNS token.

At present, gTrade offers 43 cryptocurrencies with 5 to 150-times leverage in addition to 10 major Forex pairs with up to 1000-times leverage powered by an on-chain mechanism.

All trades on the platform are executed via Gains Networks’ on-demand Chainlink Decentralized Oracle Network at the median spot prices sourced from multiple exchange sources to ensure traders receive the fairest possible prices.

gTrade is well-positioned to handle thousands of users and hundreds of millions in volume and, as such, is looking forward to an addition $500,000 in funding from the Polygon DeFi ecosystem to help it achieve its second milestone.

What is the Next Milestone for gTrade?

The second milestone according to gTrade’s roadmap calls for $100 million in daily trading volume for a minimum of 10 days, $50,000 maximum per trade collateral, $10 million in GNS/DAI LPs, and $5 million staked in the DAI vault.

Commenting on the development, Sébastien, co-founder of Gains Network, said:

“It is a great pleasure for us to work with Polygon for this trading incentives program. Gains Network’s mission with gTrade has always been to give an innovative, decentralized, and fair solution to leveraged trading. It is now time for the world to realize that Polygon is THE blockchain to trade with leverage!”