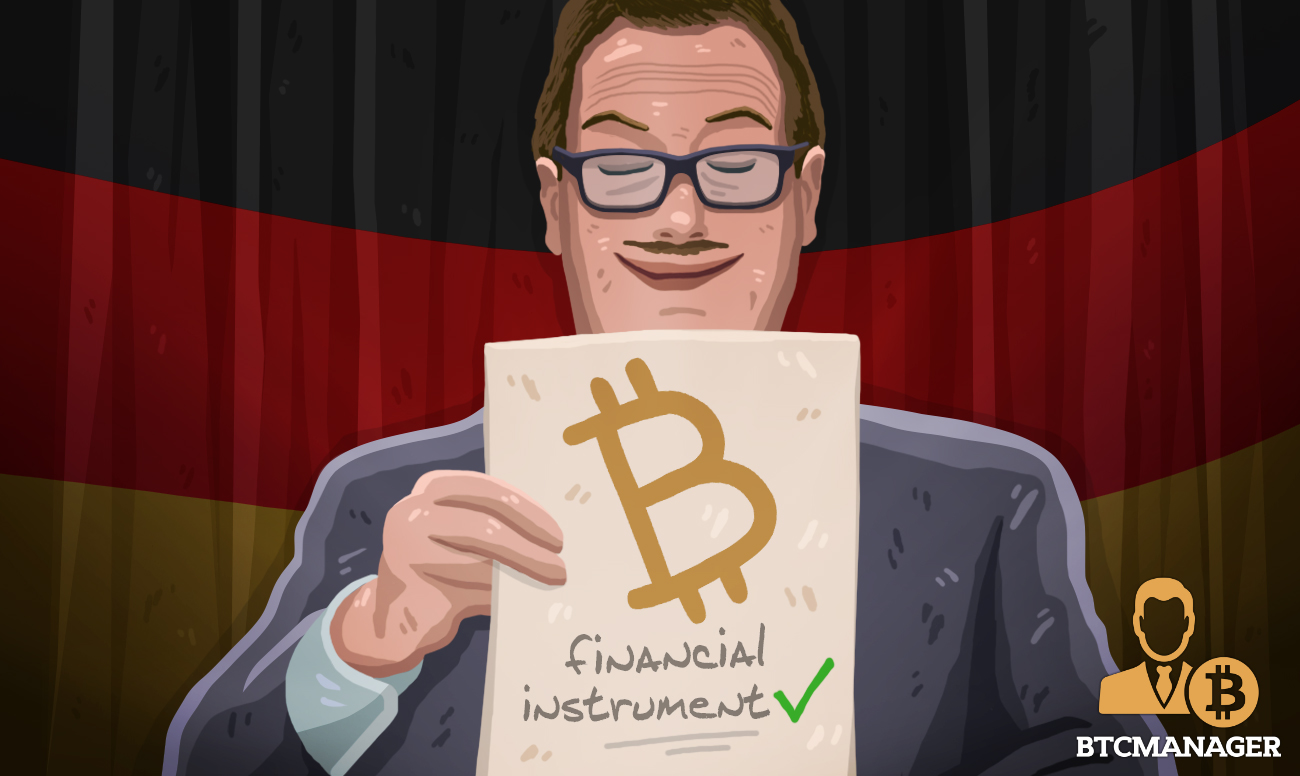 Germany’s financial watchdog, the Federal Financial Supervisory Authority (BaFin) has officially recognized cryptocurrencies as financial instruments. This, according to a report by Decrypt, March 3, 2020.

Slowly and steadily, an increasing number of countries across the globe are giving clarity regarding the legal and financial status of cryptocurrencies. Joining this list is Germany, whose financial regulator BaFin recently provided legal clarity on the status of Bitcoin (BTC) and other cryptocurrencies.

The German regulator has published five characteristics of a cryptocurrency and stressed that they should not be confused with electronic money. BaFin classified cryptocurrencies as the “digital representations of value” that have the following characteristics:

Reportedly, the new classification is based on definitions devised by other financial watchdogs the world over, including the Financial Action Task Force (FATF). Further, BaFin also highlighted that prior to this, digital currencies did not fall into any of the generally recognized pre-existing categories in Germany.

In contrast to several other big economies including China, and until recently, India, Germany has typically maintained a rather “wait and watch” approach toward digital currencies.

As reported by BTCManager on November 11, 2019, BaFin had launched a market survey on cryptocurrency derivates to gauge the appetite for such financial products and instruments among the German populace.

On a relatively positive note, countries like Malta have embraced digital currencies with arms wide open. Popularly called the “blockchain island,” Malta has developed into a global hotbed for everything cryptocurrency and blockchain.

Conversely, crypto exchanges in the European Union (EU) are bracing themselves to face tough times ahead as the EU member states gear up to adopt the Fifth Anti-Money Laundering Directive (AMLD5).