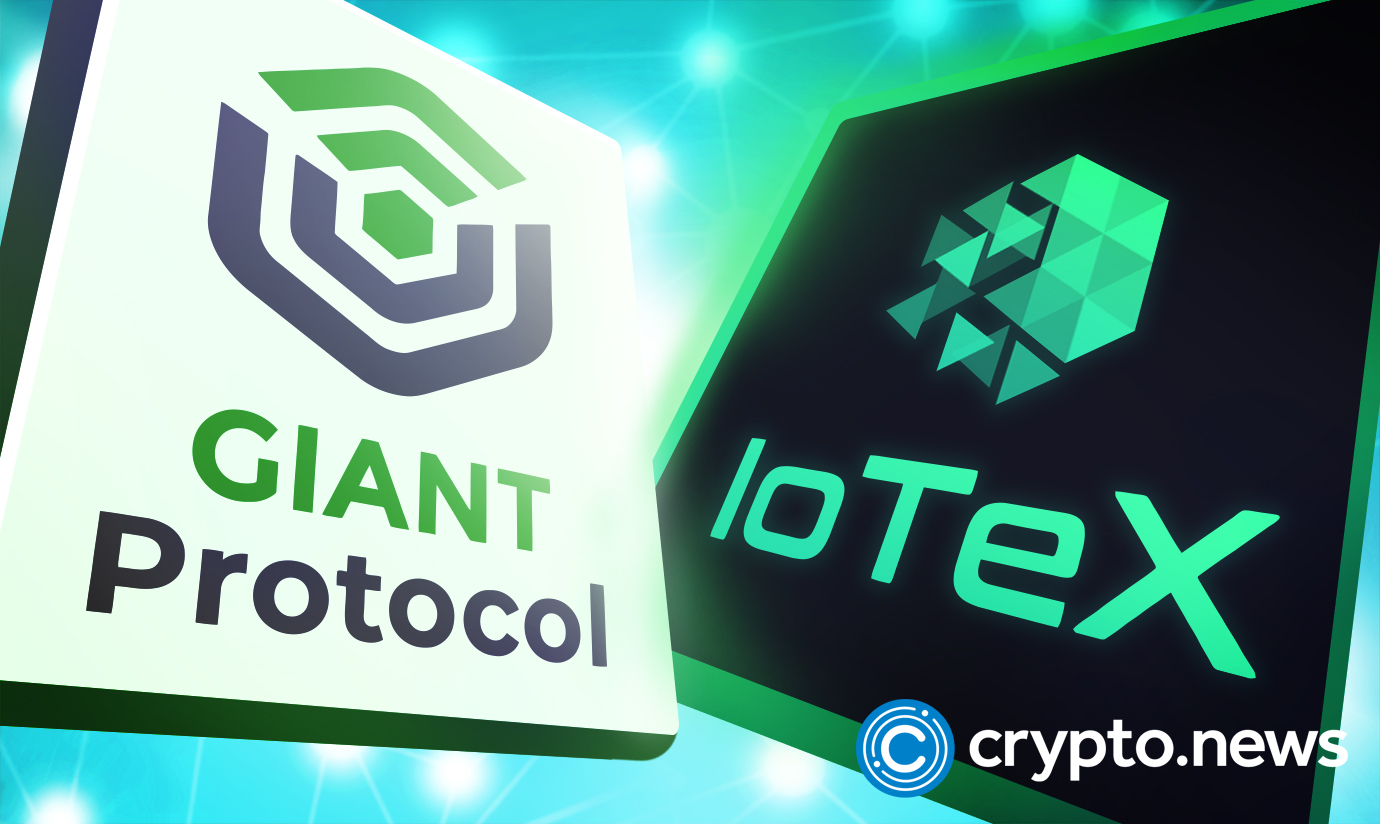 IoTeX will leverage GIANT’s community-owned decentralized bandwidth marketplace to provide seamless, secure, and fully automated IoT connectivity for smart devices and machines, which could increase to 125 billion by 2030.

“GIANT Protocol is an ideal partner for IoTeX as it seeks to provide billions of mobile users with a decentralized internet connection that is easy to use and that enables them to earn and own crypto by simply going online.”

“We are pleased to partner with a team that, like us, has a goal of democratizing trillion-dollar industries that have for decades been monopolized by corporations,” Chai added.

The partnership represents GIANT’s first integration with an IoT platform and an important step  towards fulfilling its vision for a new, global connectivity economy. The foundation behind GIANT aims to empower the world to build a more open and inclusive internet

GIANT is building a bandwidth marketplace on the blockchain, bringing liquidity to the $1.7T  connectivity market through a set of protocols that coordinate, tokenize, and financialise bandwidth as novel, semi-fungible Data Contract Tokens (DCTs).

“GIANT envisions a new global connectivity economy where anyone, and any device, can connect to one global, seamless, affordable internet,” said GIANT Protocol CEO and Founder Suruchi Gupta. “We’re thrilled to partner with IoTeX to help connect their IoT ecosystem through GIANT’s connectivity network.”

IoTeX is the leading decentralized L1, EVM and open source blockchain network powering the future of Web3 and the decentralized machine economy (MachineFi) via dApps that reward and benefit people for real-world everyday activities.

The IoTeX and GIANT partnership aims to return data control and ownership to users and businesses, representing a ground-breaking step towards their shared vision of a decentralized machine economy that by 2030 is expected to be worth $12.6 trillion dollars.