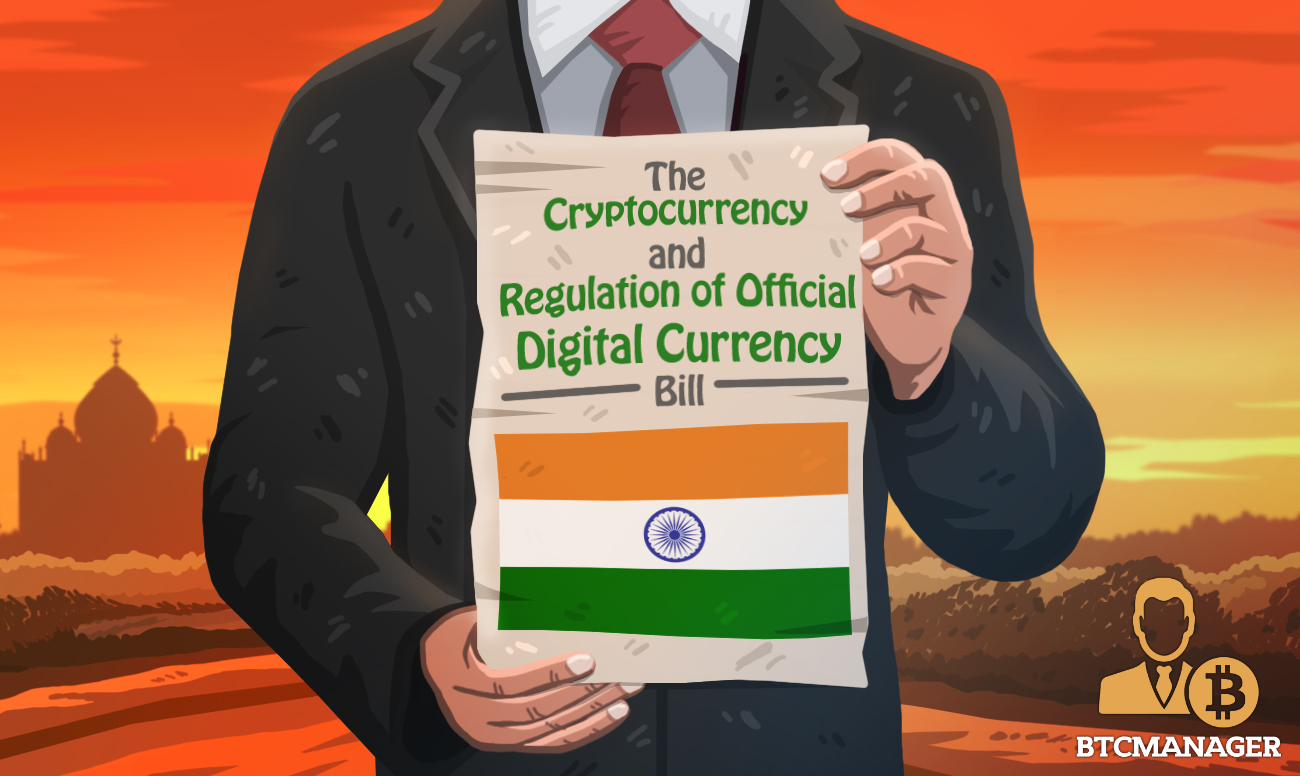 It has been reported that the Indian government and top industry stakeholders are revisiting provisions of the law that advocated a ban on cryptocurrency. The bill in question is dubbed the Cryptocurrency and Regulation of Official Digital Currency Bill 2021 that was developed years back but never introduced during parliament’s budget session.

Bloomberg Quint recently cited a source familiar with the matter as suggesting that the government is working closely with regulators and other stakeholders to re-examine key provisions of the bill.

Supposedly the government is focusing on three core subjects which are:

According to the anonymous source, all recommendations are being re-examined clause by clause, and discussions with regulators and technical specialists are currently underway.

History of this Bill

In 2017, the Indian government established a committee chaired by then-Economic Affairs Secretary Subhash Chandra Garg to explore virtual currency issues. The group suggested a complete prohibition on private cryptocurrencies in its final report, which was made public in January 2019.

Additionally, the same group proposed the establishment of an official digital currency issued by the Reserve Bank of India. Fast forward to 2018, the Supreme Court knocked down a Reserve Bank of India circular prohibiting regulated institutions such as banks from dealing with cryptocurrency-related firms and clients.

Since then, cryptocurrencies have boomed in the nation with new businesses emerging and the cryptocurrency community expanding at a rapid pace. The proposed legislation is being reviewed against this backdrop.

The goal is to update the existing Bill in light of the emerging scenario, the source stated.

The process is time-consuming since the central government is combing through the bill clause-by-clause, and therefore the bill is unlikely to be introduced in the upcoming Monsoon Session of the Parliament, this source added.

Additionally, the government has also considered the central bank’s recent warning on cryptocurrency. While the RBI stated that its 2018 circular is no longer applicable, it urged banks to do due diligence on cryptocurrency-related firms in accordance with “Know Your Customer” and “Anti-Money Laundering” regulations.

Following that, RBI Governor Shaktikanta Das stated that the central bank continues to have “major concerns” about cryptocurrencies.