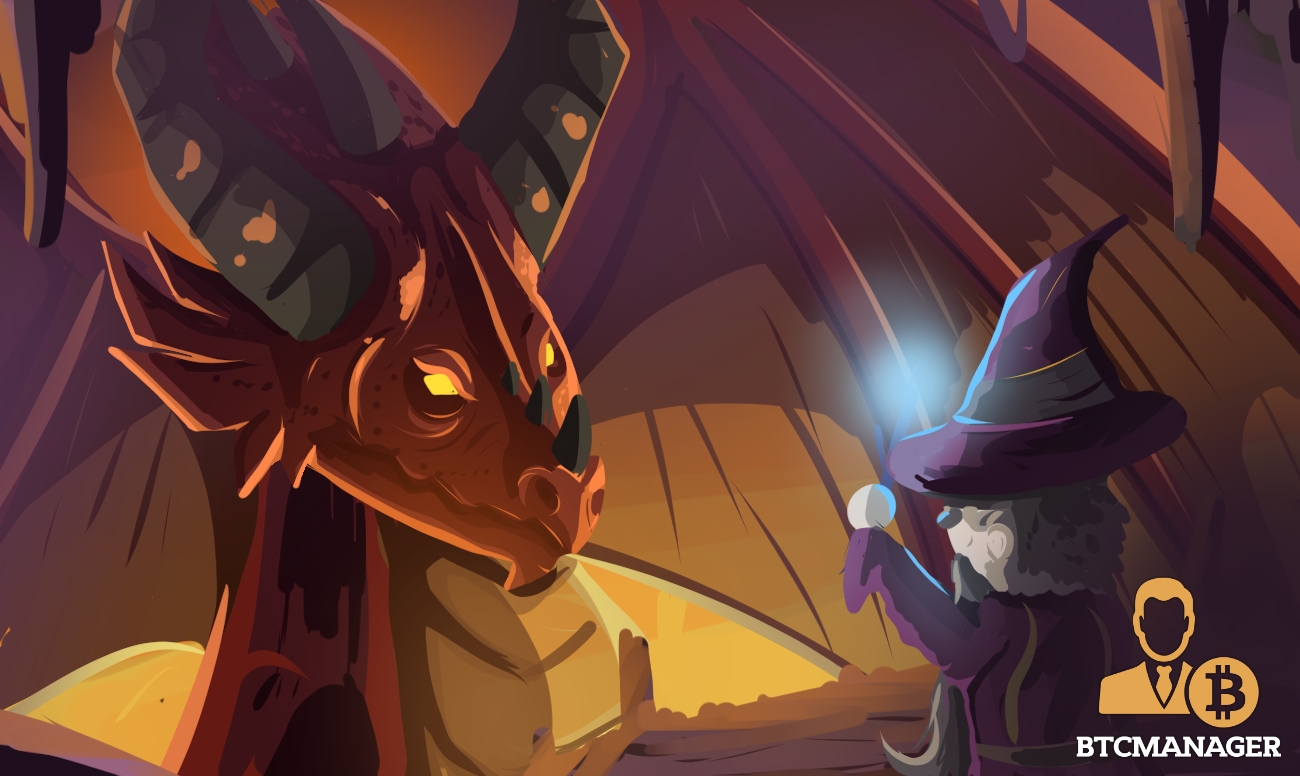 Created on the Ethereum network, BlockMagic is a new role-playing game (RPG) that enables gamers to explore a magical universe as wizards.

To access the game, players are required to download the Alpha version from the BlockMagic website. Once downloaded, the game automatically creates a new Ethereum wallet through which players can interact with the Ethereum network.

Players are then able to explore the BlockMagic environment and acquire magical items such as wands, which help them on their adventures. Additionally, players can interact with other players thanks to the interactive functionality embedded in the game.

The BlockMagic universe is a magical world where players are learning to be wizards at magic school. Players interact by competing with each other to win points for themselves, their houses, and collect the limited number of special items.

When players first download BlockMagic, they need to pick their houses. This is an important choice and cannot be changed later on in the game. Different houses have different special characteristics. There are four houses namely Aquazin, Thund’r, Grassior, and Warmoz.

To accumulate points for their house, players should explore their surroundings in the game such as the castle and main street. They can also gain points when they can defeat other wizards in a duel. Other ways to gain points are finding the special items as well as finishing courses offered within the gameplay.

Before embarking on the actual gameplay, the players must also create their avatars. It is possible to customize your avatar to create one that fits your personality and adequately represents it. Since the game is designed with an interactive aspect in mind, the avatar is also how other players in the game will see you. Thus, it is an easy way to create an impression with fellow players.

Once the avatars are created, and houses are chosen, players can them begin to interact with the events in the game. The developers deploy special events within the game every so often, which provides a way for gamers to compete against each other for a specific item, skill or event. These events can be time trials or designed to expire once a player has achieved the desired outcome.

During normal gameplay, players gain points by interacting with their environment. The game currently consists of the castle, the main street, and a few surrounding areas. Players are likely to find special items the more they explore their environment. Additionally, on the main street, there are vendors who can sell the players with special items which give them an edge during the game.

Another way to gain an edge within the gameplay is to finish the courses offered within the gameplay. Wizards can learn special skills that they can use within the events to defeat other players in tournaments or to find the special items. The courses are earned when players stay live on the game for the allotted amount of time, usually hours.

There are only 100 special items within the game. These items are collectibles as they are a finite resource and are produced once within the game. This means that when a player finds an item, it belongs only to them and the advantages offered by the item are only available to them.

Because the game is built on blockchain technology, every achievement is stored on the blockchain in an immutable manner. For instance, when players purchase wands, they are recorded on the network as ERC-721 tokens. This is the same with special items. Players store these tokens in their wallets.

Due to this design, players have the opportunity to make money through the game. Because the special items are finite, a secondary market is created within the game when players would like to acquire an item from their peers. The players can then agree on a price on a peer-to-peer basis and exchange items.

In the first version of its Alpha version, players had to download the game on their desktops and create new wallets. However, as the developers make improvements based on the challenges faced by the users, they released an updated version shortly after so that players are now able to interact with the game directly within the browser and without the need for a new wallet. Players can use their existing Metamask wallets to interact with the game.

The magic token (MGC) is the native token of the BlockMagic ecosystem. All transactions and interactions within the game will be powered by the token. When purchasing things from vendors within the gameplay as well as when exchanging items amongst themselves, players must use MGC.

There are 6,000,000 MGC tokens. The developers have a novel way of distributing the tokens. Upon each major event on the timeline of the development of the game, the developers will release a certain amount of the MGC tokens at a price they set.

BlockMagic combines Unity3d and blockchain technology to create a 3D game with an immutable twist. The developers are planning on releasing their beta version in October 2018. In the meantime, they have deployed the first quest within the game.