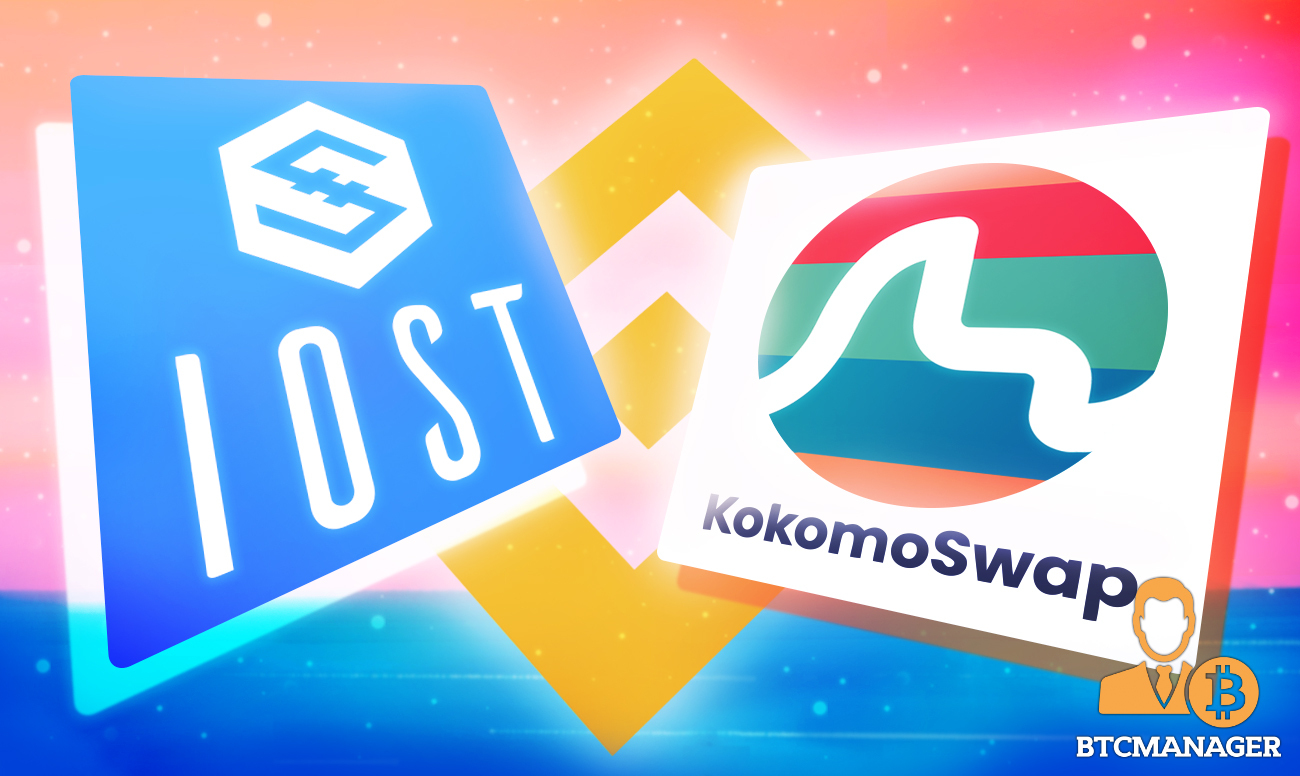 In a bid to cater to the increasing demand for blockchain interoperability solutions, the leading smart contract platform IOST today announced it had partnered with BSC-based automated market maker (AMM) KokomoSwap.

Notably, the partnership will enable IOST to leverage the cross-chain bridge being developed by the KokomoSwap team that will allow users to seamlessly transfer tokens between the IOST and BSC ecosystems.

The successful deployment of the cross-chain bridge will be a significant milestone for both the ecosystems as it will bring together two rapidly budding ecosystems with a combined 2.5 million mainnet users, leading to further adoption of blockchain technology into the mainstream.

In addition to partnering with IOST, KokomoSwap is now also a registered Servi node of the IOST blockchain.

While KokomoSwap continues to build the cross-chain bridge, it is worthy of note that users stand to win attractive rewards for block production voting.

Specifically, early-bird voters will randomly receive $iKOKOMO that can be converted to $KOKOMO once the cross-chain goes live. Further, the team is planning to launch more incentive programs for voters as KokomoSwap continues to expand its ecosystem in the IOST network.

What’s more, given the fact that KokomoSwap is a community-driven protocol, the team has pledged to buy back $KOKOMO with voting rewards to ensure upward price pressure on the underlying token.

“The strategic partnership with KokomoSwap is an anchor for inter-chain use cases and DeFi–which remains under-explored despite its potency. Onboarding KokomoSwap as a Servi Node also further extends the IOST network’s decentralization component and adds more values and opportunities for our users. In the near future, IOST will collaborate with more leading projects to accelerate our ecosystem’s growth.”

Similar sentiments were echoed by the KokomoSwap team:

“KokomoSwap considers the partnership with IOST as a very important first step for further collaborations. We look forward to working with a great team, and hopefully, the bridge will bring more value to users as well.”