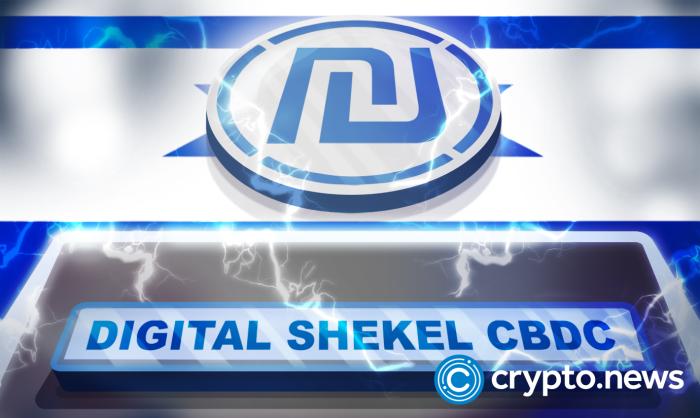 Authorities in Israel imposed new restrictions on cash payments on Monday in order to prevent criminal activities and boost digital payments in the country.

Amendments that went into effect on Monday further restrict large cash and bank check payments in Israel. According to reports from the Media Line news outlet, tax officials aim to further limit the circulation of cash in the country in order to reduce criminal operations such as the laundering of illicit funds and tax evasion and spur digital payments in the country.

Companies will be mandated to use non-cash methods for every transaction above 6,000 shekels ($1,760 USD) under the new regulation, a significant fall from the previous threshold of 11,000 shekels ($3,200 USD). Private individuals who are not registered as business owners will have a cash limit of 15,000 shekels (about $4,400 USD).

According to Tamar Bracha, who is in charge of executing the law on behalf of the Israel Tax Authority (ITA), the primary goal of the law is to reduce the usage of cash. The official elaborated:

The goal is to reduce cash fluidity in the market, mainly because crime organizations tend to rely on cash. By limiting the use of it, criminal activity is much harder to carry out.

However, an attorney representing clients in an appeal against the law filed in 2018, when it was first enacted, believes that the legislation’s inefficiency is the primary issue. Uri Goldman cited data demonstrating that the amount of cash has actually increased since the law’s inception. The legal expert went on to outline another of its drawbacks:

When the bill passed, there were over a million citizens without bank accounts in Israel. The law would prevent them from conducting any business and would, practically, turn 10% of the population into criminals.

An exemption for business with West Bank Palestinians and nonprofits operating in ultra-Orthodox communities has also aroused debate. Large cash transactions will be permitted in these instances, provided they are adequately reported to the tax administration. This, according to Goldman, is unfair to society as a whole.

Meanwhile, some argue that the country’s present limits on cash transactions are encouraging it to adopt cryptocurrencies in the future. Lark Davis, a crypto influencer, took the opportunity to mention Bitcoin in his tweet, noting that Israel is neither the first nor the last country to implement such restrictions.

Since January 2019, businesses and customers in Israel have been subjected to cash payment restrictions under the Act for the Reduction of the Use of Cash. Its goal is to encourage businesses and individuals to embrace digital payments so that law enforcement can uncover tax evasion, illegal trading, and money laundering more swiftly.

The country, which considered a CBDC for the first time at the end of 2017, is also one of several in the region exploring central bank digital currencies (CDBCs).

In May, the outcomes of a public survey on the Bank of Israel’s proposals for a “digital shekel” were made public, revealing substantial support for additional research into CBDCs and how they would impact the payments system, financial and monetary stability, as well as legal and technological challenges.

In June, the Bank of Israel carried out its first technological experiment with a CBDC, presenting the outcomes of lab research on user privacy and the use of smart contracts in payments. Furthermore, the country is building a regulatory framework for digital assets.