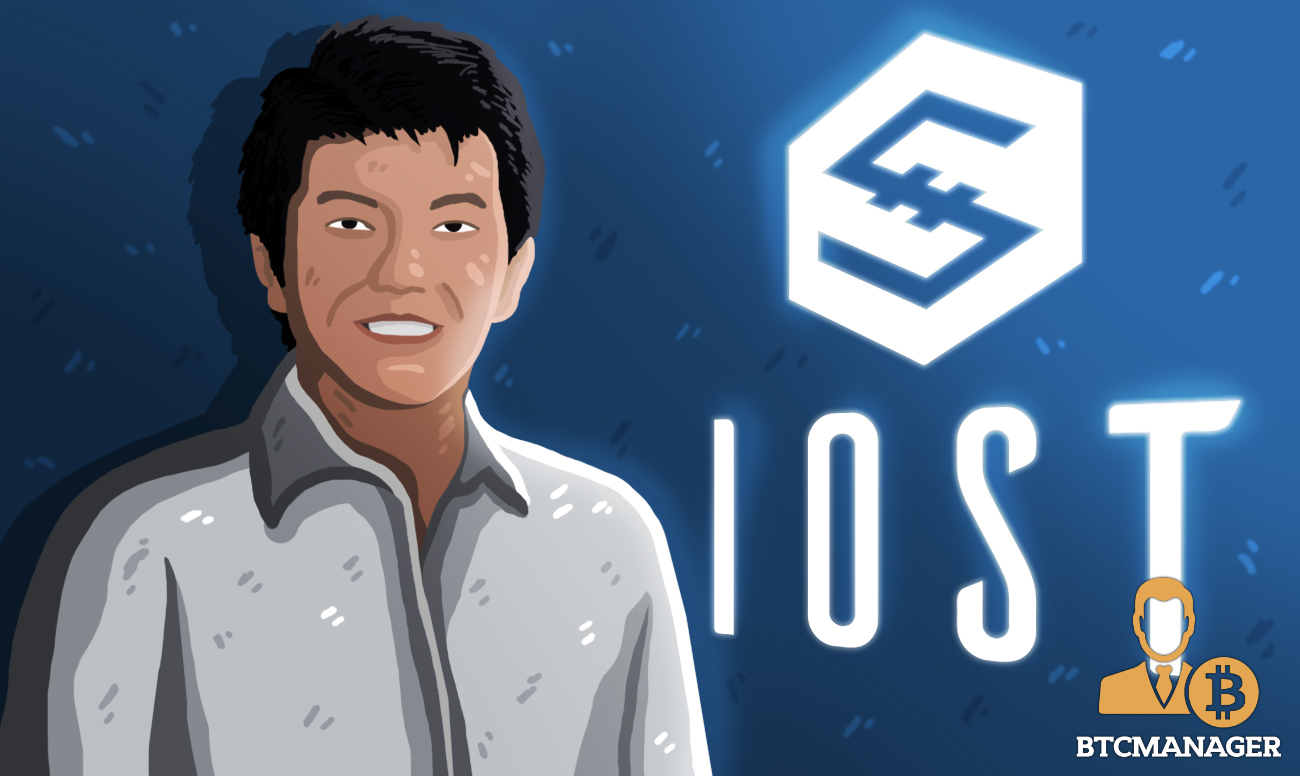 Jimmy Zhong is a young & aspiring serial entrepreneur, who founded tech startups in both the U.S. and in China His passion for startups has been cultivated and growing since 2009 when he co-founded the largest student union & student travel agent in Beijing. Leaving his hometown to pursue higher study at Emory University, he didn’t stop exploring new business ideas and innovations. Even before finishing college, Jimmy sold his first company, StudyPool, an online marketplace for students to buy and sell class notes, for $40M.

Following this, he returned to Beijing and had multiple successes as CEO at Dora, an IoT business managing 10,000+ smart kiosks across China and is currently the CEO and Co-founder of IOST, a globally leading blockchain protocol with over 100 million transactions already processed.

What Is Your Vision for Founding IOST?

We have been fascinated by blockchain since Bitcoin was first started, and I myself was an early Bitcoin and Ethereum miner. We see that the first generation of blockchain using Proof of Work was just too slow for real commercial adoption to take place. Yet, the second generation of blockchain using Proof of Stake had sacrificed decentralization for scalability, which made them no different than many existing solutions in the market. This trade-off is known as the scalability trilemma, and the entire industry was struggling to find a solution. We had an idea on how this can be solved and create a public blockchain infrastructure that is high speed and also decentralized – leading to the founding of IOST.

How Does IOST Solve The Scalability Trilemma?

We developed our own consensus mechanism – Proof of Believability (POB). In a nutshell, it is an extra layer of reputation on top of the vanilla Proof of Stake system. We added a “Servi” token to the IOST ecosystem, which serves to give points to block producers who contribute and provide value to the network. The more Servi you own, the more chances you get to produce blocks, and after blocks are produced, the Servi is reset to zero.

What Does A Typical Day Look Like For You?

I spend most of my time overseeing the various parts of the IOST ecosystem which includes the Foundation team, our investment portfolio, incubated projects, corporate partners, enterprise clients, and institutional investors. There are a lot of moving parts and my core priority is to ensure that everyone within the ecosystem is working in concert to deliver business growth and increase user adoption. My phone is never far from reach so that I can respond in the fastest time to emails or messages from our team and partners.

I like to do my thinking at night, when its quiet and I can put on my thinking cap to solve challenges for IOST and hopefully, for the global blockchain community.

What Are Your Goals For IOST This Year?

Since the mainnet launch this year in March, our focus has always been user adoption and ecosystem development, and these goals remain relevant for the near term foreseeable future. We are growing the IOST ecosystem exponentially by bringing in some of the best developers, exchanges, and partnerships. We have a strong base of active nodes, dApps and users have grown very well since mainnet launch. It’s been only around 8 months, and we have achieved a lot in a short period of time.

What Will Be An Exciting Development Coming Up For IOST To Share With Our Readers?

I am glad to see that the value of blockchain is starting to receive greater recognition globally, with the most recent commentary from China’s president being extremely positive for the market. We are very focused on tech, and with our blockchain technology and ecosystem well in place, we are planning some key product launches. These will be announced soon, and will the platform that takes us deeper into the enterprise space.

Earlier this year, we have already worked on an aerospace project together with Ehang, a global drone company and the Civil Aviation Administration of China to securely and accurately manage flight data and analytics. We are targeting to work on more government and MNC projects in 2020, the teams in Beijing, Singapore, Korea, and Japan are all involved in driving multiple such initiatives so watch out for some exciting partnerships to be announced.

Ultimately, we aspire to build a future where blockchain technology is accessible and tangible to everyone. It is always my passion to bring innovations that make other people’s lives better and we will continue to work in this direction.