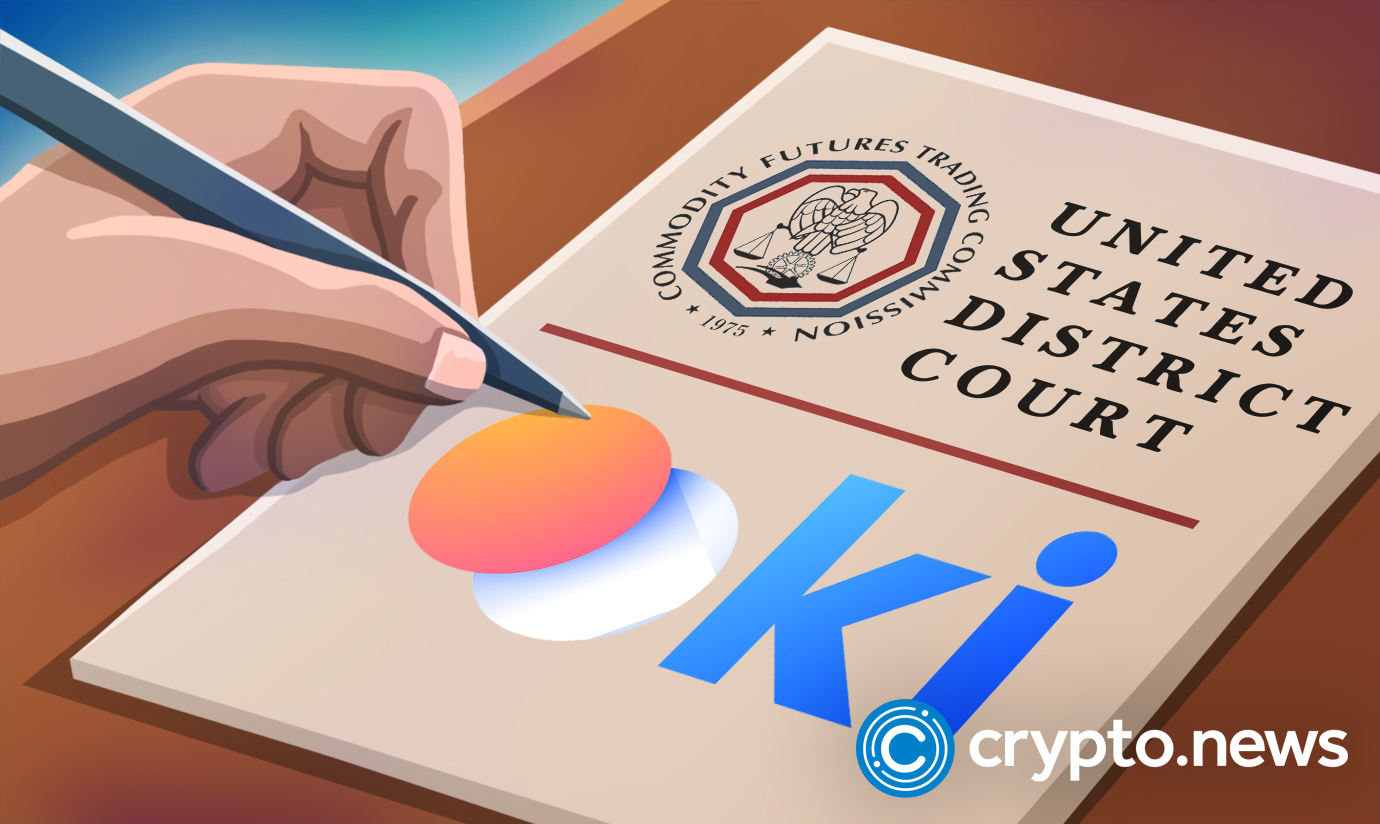 A United States federal judge has mandated the Commodities Futures Trading Commission (CFTC) to file a suit against the two founders of the bZeroX’s crypto project as part of an ongoing lawsuit against the Ooki DAO decentralized finance (DeFi) project.

CFTC to sue at least one identifiable token holder

A United States federal judge has ruled that the Commodities Futures Trading Commission (CFTC) should serve the decentralized trading platform bZeroX’s founders, Tom Bean and Kyle Kistner, who are also the creators of Ooki DAO, as part of an ongoing lawsuit.

District Judge William Orrick wrote to the CFTC, ordering the commission to serve Bean and Kistner “in their roles as Ooki DAO token Holders, with the complaint and all relevant documents in this case at the earliest time practicable.”

The lawsuit comes after the CFTC had already agreed on a settlement with Bean and Kistner last September about the commodity offerings of bZeroX, the predecessor to Ooki DAO.

“During the hearing, the agency stated that it knew that some of Ooki DAO’s investors are based in the U.S and conduct business in the country, as the two founders of Ooki DAO’s predecessor entity, bZeroX LLC, are Token Holders who reside in the United States,”  Judge Orrick wrote. “This was new information to me. Neither the complaint nor the CFTC’s Motion for Alternative Service mentions that the former founders, Tom Bean and Kyle Kistner, are or have been Token Holders.

Against the foregoing, The CFTC has now been mandated to serve Bean and Kistner in their roles as Ooki DAO token holders with a fresh complaint as soon as possible.

In the letter dated Dec. 12, the California Judge stressed that the CFTC must file confirmation of service or its response to show cause on or before Jan. 11, 2023.

Tom and Kistner’s troubles with the law

This isn’t Bean and Kistner’s first run-in with the law. In Sept., the CFTC filed a lawsuit against the bZeroX founders, alleging that Tom Bean and Kyle Kistner had played a role in “illegally offering leveraged and margined retail commodity transactions in digital assets.”

The lawsuit was met with strong criticism in the crypto community, with some labelling it as a campaign against crypto.  Jake Chervinsky, executive vice president and head of policy at Blockchain Association, called it “the most egregious example of regulation by enforcement in the history of crypto.”