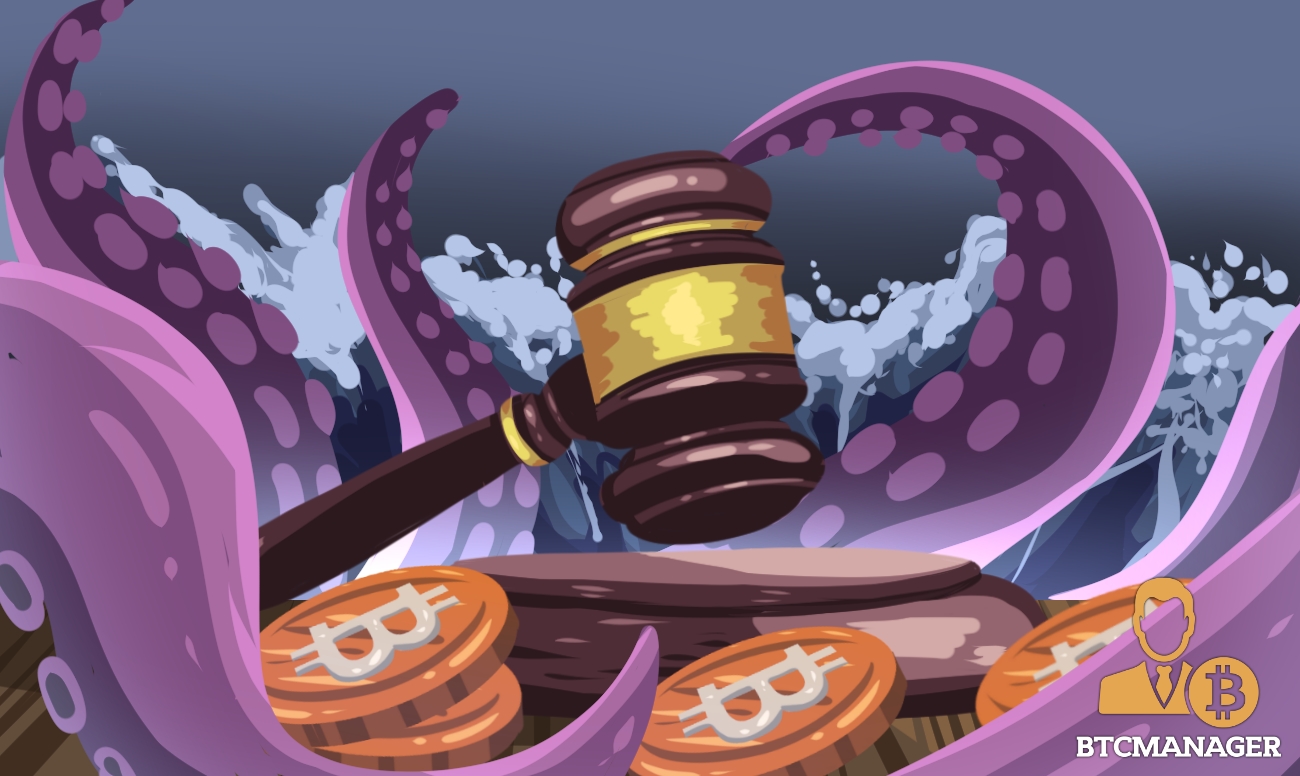 Kraken, a leading American Bitcoin trading platform and cryptocurrency exchange, have been slapped with a lawsuit by a former employee, Jonathan Silverman, who claims the seminal exchange has reportedly refused to pay the $900,000 due to him, according to a Bloomberg report on April 7, 2019.

Per sources close to the matter, Jonathan Silverman, an ex-employee of Kraken, has decided to take legal action against the exchange for breaching the contract they had by failing to pay him for the work he did.

Silverman was reportedly hired by Kraken earlier in April 2017, to manage the former’s institutional sales and trading desk in New York.

Silverman claims that he initially reached an agreement with Jesse Powell, Kraken’s founder, who offered him a $150,000 salary and verbally agreed to pay him an extra ten percent commission from Kraken’s institutional trading desk annual profit.

Silverman has revealed that Kraken’s trading desk made over $19 million in profits within three months in 2017 and the exchange did not honor the initial agreement.

It’s worth noting that Powell has always seen the New York BitLicense law as a draconian regulation that’s against innovation.

In its August 2015 blog post, the exchange announced it was discontinuing its New York operations, stating categorically that the BitLicense regulation comes at a price that exceeds the market opportunity in the state.

“Regrettably, the abominable BitLicense is now awake. It is a creature so foul, so cruel that not even Kraken possesses the courage or strength to face its nasty, big pointy teeth,” said Kraken at the time.

Also, in April 2018, Powell refused to respond to the inquiry sent to Kraken by the New York Attorney General, Eric Schneiderman.

The questionnaire was sent to several exchanges both in and outside New York, in a bid to find out whether the firms were operating in compliance with the law.

At the time, Powell made it clear that Kraken had no business providing information to the New York AG since it doesn’t operate in the state.

Fast forward to April 2019 and Silverman’s suit against Kraken has alleged that the exchange deceived the public and regulators’ into believing that it has not been doing business in New York, meanwhile, in reality, its over-the-counter (OTC) practice all occurred in New York.