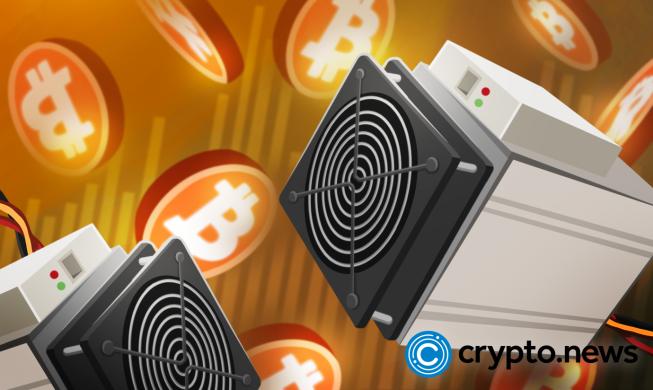 Bitcoin mining is the process of solving complex cryptographic problems to verify transactions and add new blocks to the Bitcoin blockchain. Bitcoin miners leverage extensive computing power to compete against each other in an attempt to verify transactions and add the next block to the blockchain. Miners who win are rewarded with a small amount of bitcoin for successfully solving complex cryptographic equations within the shortest period.

Before setting up a Bitcoin miner, it’s important to understand how Bitcoin mining works. Bitcoin mining is achieved by running SHA256 double round hash verification processes to validate Bitcoin transactions and offer the needed security for the Bitcoin’s network public ledger.

The Bitcoin network compensates Bitcoin miners for their efforts in validating transactions on the network by offering rewards. The rewards are offered in the form of newly issued bitcoins and as a percentage of the transaction fees included in the transactions validated when mining bitcoins. In a mining pool, the rewards are shared based on the share of the computing power provided.

The current reward for successfully validating a block of Bitcoin transactions is 6.25 bitcoin. However, this amount is expected to decrease to 3.125 BTC in 2024 as per the Bitcoin halving process which occurs after every four years.

Bitcoin miners can either mine alone using powerful computers or pull their computing powers into pools to be more competitive. Remember, Bitcoin mining is all about competition, and the higher the computational power, the higher the probability of validating the transactions and getting rewarded. While Bitcoin mining is currently dominated by established mining cooperation with specialized Bitcoin mining equipment, it’s still possible for individuals to successfully mine Bitcoin either by joining a mining pool or mining solo.

When looking to set up a Bitcoin miner, there are two essential factors you’ll to consider:

Steps to Mine Bitcoin

While Bitcoin mining has undergone immense growth in recent years such that mining operations are being conducted in an entire warehouse with powerful, custom-made mining devices, it’s still possible to mine Bitcoin all by yourself. Below are the steps for mining Bitcoin solo.

The first step in mining Bitcoin solo is choosing computer hardware with the right hashrate required to mine Bitcoin. To calculate the number of hashes you’ll be getting for every watt of electricity, simply divide the hash rate by the number of watts indicated in the technical specifications of the hardware.

For instance, if you are considering a 500GH/sec mining hardware taking 1000 watts of power, you’ll be getting 1.25 GH/sec per watt. You can then calculate the electricity costs by using an electricity price calculator online customized to your geographical location.

There are three types of hardware that can be used to mine Bitcoin as outlined below:

A mining rig is essentially a customized PC with enhanced performance best suited for crypto mining. You can set up a customized Bitcoin mining rig at home and start mining. However, it’s a cheap venture considering that you’re not building a regular PC. Besides, you’ll also need to factor power consumption into your profitability equation. Below are the components you need to set up a functional Bitcoin mining rig that can use to mine bitcoin solo.

The motherboard acts as the backbone or “spinal cord” of the computer, linking all components together. For a Bitcoin mining rig, the Asus B250 Mining Expert is highly recommended as it can handle up to 19 graphics cards. You can also go for the Monland B250C BTC Mining Motherboard which is considered a cheaper option and not so less powerful.

There is no need for spending big on the CPU, considering that the GPU will be doing all the mining work. You can go with the Intel Core i5-6500 which is also compatible with the Asus B250 Mining Expert motherboard.

The RAM shouldn’t cost you much considering that it also doesn’t handle much of the mining work. The DDR4 2400 and the 2x8GB kit are recommended considering that they are compatible with the above-mentioned motherboard.

For storage, SSDs are recommended over HDDs owing to their efficiency. You can install a couple of SanDisk SSD Plus 1TB as per your storage needs.

The Power Supply Unit (PSU) should be of high quality to avoid damaging the other components. There are plenty of cheap, fake PSUs in the market today, therefore you should be keen when buying-spend a little more if need be. Depending on the number of graphics cards you’ll install on the motherboard, you might need additional PSUs. The Segotep 850W Full-Modular PSU is highly recommended.

PCI-e risers are not usually found on regular PCs but are needed in a Bitcoin mining rig. These risers allow you to connect GPUs to the motherboard indirectly, allowing for better flexibility and sufficient airflow to keep the GPUs at optimum temperature. You’re going to need one of the PCI-e risers for every card you connect to the motherboard (other than the card that goes into the x16 PCI-e slot). The FebSmart 16x to 1x Powered Riser 6-pack is highly recommended for Bitcoin mining rigs.

The graphics card is at the heart of a mining rig’s performance. Nvidia graphics cards, specifically the MSI Ventus 3X GeForce RTX 3090 is often preferred thanks to its immense potential for overclocking, great stability, and good cooling. It also has a lower power consumption reducing mining operation costs.

Mining Bitcoin solo is still pretty lucrative to mine despite the increase in the number of miners, mining difficulty, and operation costs of running a Bitcoin miner. To mine Bitcoin solo, you should be ready to invest in a mining rig and be ready to pay for the operating costs which include the cost of electricity and internet. The cost of mining Bitcoin varies per location and it’s possible to make a profit or loss when mining Bitcoin.

How long does mining one bitcoin take?

The average time it takes to mine 1 BTC depends on a number of variables, making estimation difficult. Notably, processing capacity, rivalry, and the type of hardware being used are important determinants. The mining difficulty level is influenced by the hashing algorithm used. It’s designed to auto-determine a block verification time of 10 minutes. The majority of mining locations and conditions, however, are far from perfect.

What is the setup cost for Bitcoin mining?

The price of an ASIC setup that can independently solve Bitcoin calculations is around $12,000.
However, most people combine their resources and enter the industry for far less. Prices for brand-new ASIC miners range from $489 to $3,000.
Equipment and electricity expenses, mining difficulty, and the price of bitcoin all have an impact on how profitable bitcoin mining is.

Bitcoin mining is becoming more tough than ever. The difficulty of mining Bitcoin has increased by almost 5.56 percent during the past two weeks, reaching a record high of 30 trillion (Bitcoin mining difficulty is measured on a scale of 1 to infinity).
The Bitcoin network features an automatic system that changes the mining difficulty based on how many validators are participating in the mining process in order to maintain a consistent flow of blocks being added to the blockchain. This mechanism makes sure that adding and verifying a single new block of transactions takes about 10 minutes.

How much electricity is used during Bitcoin mining?

The largest cryptocurrency in the world, Bitcoin, is presently predicted to require 150 terawatt-hours of electricity yearly, which is more than the whole 45 million-person nation of Argentina. With its annual emissions of 65 megatons of carbon dioxide, or about the same amount as Greece, the production of that energy makes cryptocurrency a substantial contributor to both global air pollution and climate change.