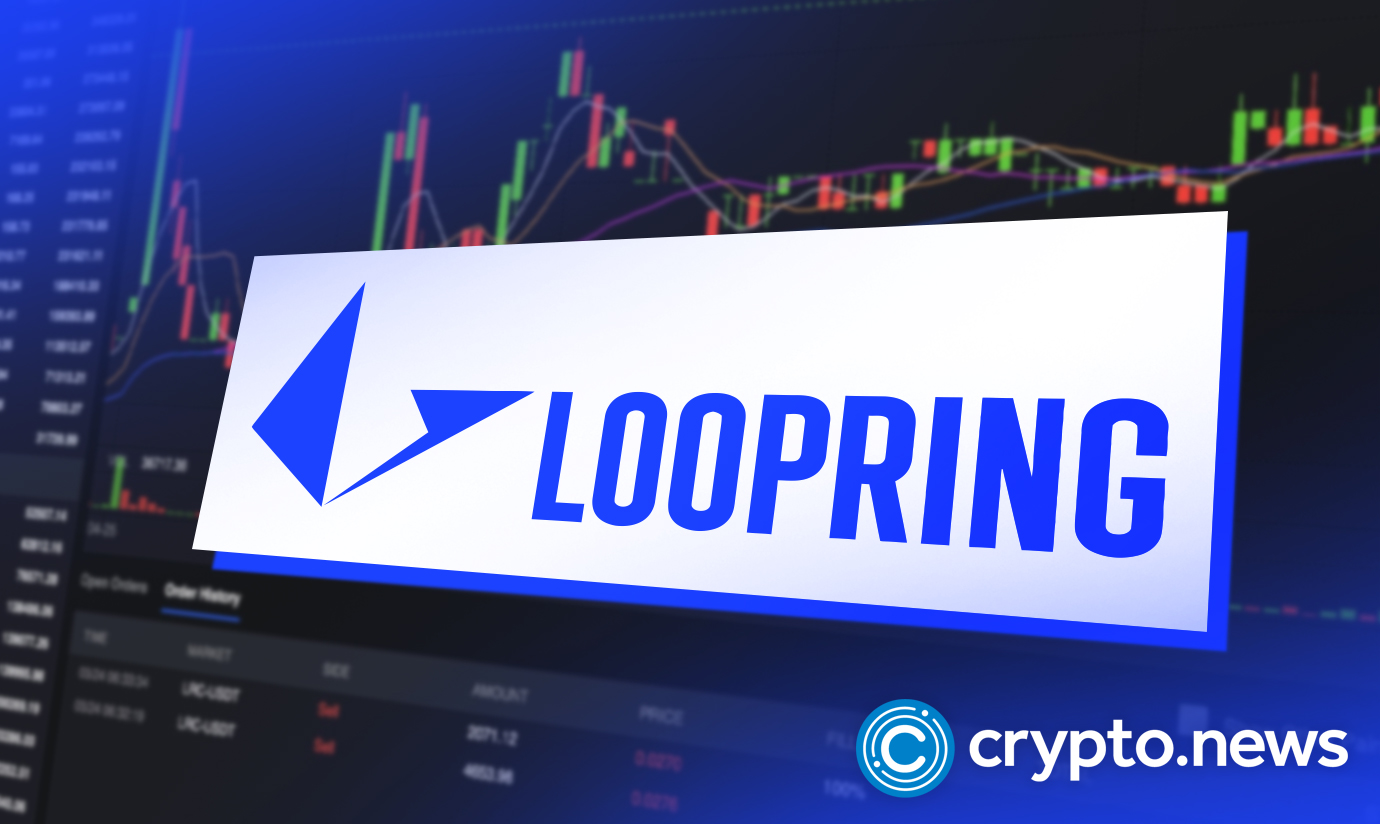 Daniel Wang, the founding father of Loopring, was a software engineer based in China. Loopring launched in 2017 with its utility token, looping (LRC), while its decentralized exchange launched in 2020.

Loopring focuses on emerging technologies and runs on Ethereum to bring together a global network of users to operate a platform that aids in creating new types of cryptocurrency exchanges.

The platform utilizes digital assets’ efficiencies and includes its own LRC crypto to run it significantly.

Loopring is among several emerging decentralized finance (DeFi) protocols that aim to allow exchanges to be built on top of its platform. In a nutshell, the platform aims to mitigate the slow speed and high costs associated with decentralized exchanges on Ethereum by utilizing zero-knowledge rollups (zkRollups) – a newer type of cryptography.

Loopring takes advantage of zkRollups to ensure its exchanges can offer faster settlements for traders. Unlike other decentralized exchanges that settle trades on the Ethereum blockchain directly, zkRollups helps Loopring exchanges to complete the computations elsewhere.

Loopring’s cryptocurrency runs the protocol and is crucial for users who utilize the platform. For example, Loopring’s users must lock up at least 250,000 LRC to operate a DEX on the platform. The operator can then run an exchange that uses Loopring’s on-chain data proofs.

All Loopring’s users could also stake LRC to earn a portion of trading fees paid to the protocol. Stakers receive 70% of the platform’s fees, and 10% get burned. On the other hand, 20% is driven to the Loopring Decentralized Autonomous Organization (DAO). The organization aids the firm in allowing a pool of funds to be spent at the discretion of Loopring users in the future. If a user operates the exchange poorly, the platform could have their deposits confiscated by the protocol.

Loopring’s native coin, LRC, recorded a daily volume of $13 million as of December 22, 2021, according to CoinMarketCap. What’s fascinating is that Loopring helps reach a throughput of approximately 1,000 times greater than Ethereum. It also peaks at 2,025 transactions per second.

Some enthusiasts claim Loopring is growing faster because it mitigates Ethereum’s sky-high fees and transactions, whereas the platform costs less than a cent. Loopring has a token (LRC) that powers its decentralized exchange and lets you trade Ethereum tokens at a fraction of the cost of DeFI apps native to the Ethereum blockchain.

How Does Loopring Work?

The cutting-edge cryptography technology integrated into Loopring’s ecosystem ensures it runs phenomenally. That’s because of the segregation of zkRollups which makes the Ethereum blockchain more appropriate for DeFi apps. zkRollups competes with other cryptographic proposals like Optimistic Rollups, xDai, Plasma, and Matic.

Let’s break it down: zkRollups processes transactions privately without requiring any party to share extraneous information about the transaction itself.

Zero-knowledge proofs are essential for crypto platforms that don’t want to leak access information to third parties or trust a central organization in case something goes wrong.

Rollups collects batches of transactions through its scaling system and bundles or “rolls” them up into a single transaction and processes it on a base-layer blockchain like ETH.

They split costs by processing a single transaction and thus boosting the network’s speed.

Loopring’s native currency, LRC, boomed at the end of October 2021. LRC skyrocketed from $0.38 to all-time highs of $3.79 within a fortnight.

Analysts claimed the activity mainly arose from rumors that GameStop would make good use of Loopring to create a marketplace for non-fungible trading tokens (NFTs).

In addition, several crypto enthusiasts believe that LRC’s price is pegged to the success of Ethereum and rival scaling systems and layer one blockchains.

That’s because there’s a significant need for scaling, which will dissipate if Ethereum scales itself.

The firm has undergone fantastic upgrades; for example, in Dec 2018, it aimed to focus on better trade settlement, new models, and more flexible orders. Nevertheless, the following December, Loopring launched Loopring Exchange which came with the first zkRollup DEX protocol on Ethereum.

Loopring cements a big name in the ever-growing blockchain frenzy; if that’s not all, the entire community expects to see more upgrades and feature rollouts as the layer-2 space becomes increasingly competitive.

Furthermore, Loopring has promised exciting things ahead in 2022, like Loopring Earn, NFT support, and other product upgrades. The main thing driving Loopring’s rise comes down to the protocol’s efforts to continue upgrading its systems to match or go beyond other evolving technologies in its ecosystem. We are yet to see more!

Does Loopring use the Ethereum Blockchain?

Yes. LRC utilizes the ERC20 token standard for the Loopring protocol. The purpose of this standard is to create tokens that do not require a third party to hold them, which means they can be used by any decentralized app built on top of Ethereum.

What is an Ethereum layer 2 scaling solution?

An Ethereum layer 2 scaling solution works similarly to how BitTorrent works. When new transactions come into the system, the network distributes them across all nodes until they reach the next node. This process is known as “sharding.” The result is lower fees, faster transaction confirmation times, higher throughput, and increased decentralization. Layer 2 solutions such as Plasma allow smart contracts that interact directly between two parties without going through a third party.