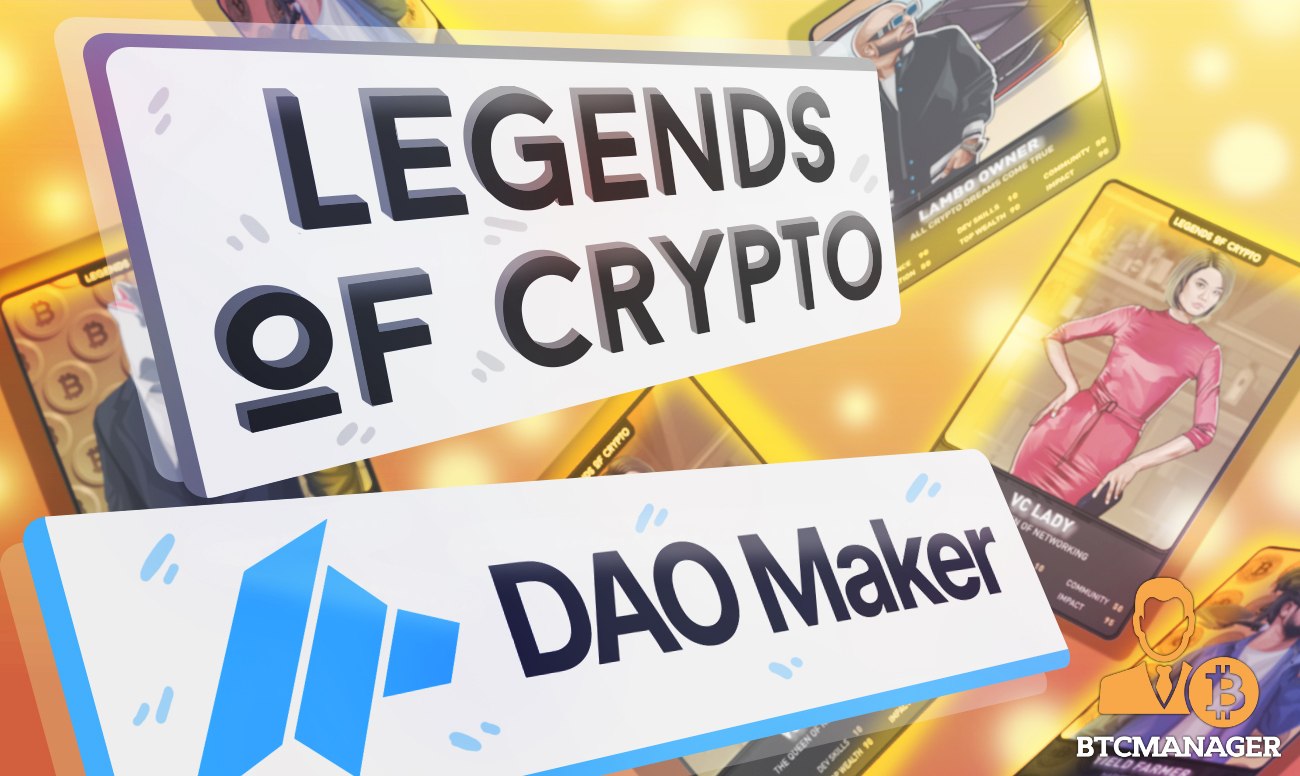 LegendsOfCrypto (LOC) is announcing its Strong Holder Offering (SHO) occurring on DAOMaker on April 28th, 2021. This offering is an opportunity for the public to acquire $LOCG tokens and for the platform to grow its community. LOC is a leading gaming hub where crypto enthusiasts assemble to play with their favorite legends, collect NFTs, earn rewards, and have fun, all at the same time.

The SHO was announced after a successful strategic investment round led by top venture capital firms such as Signum Capital, LD Capital, NGC, AU21, TerraVirtua, and Block Dream Fund. The funds raised will be used to develop the LOC Game ecosystem, with the aim of making it the go-to platform for die-hard crypto enthusiasts.

This means that a plethora of features will be added to the platform, which will increase marketing and awareness campaigns and develop and foster unique gaming experiences. Additionally, LOC will focus on creating more provably rare NFT cards and decks, helping generate more excitement to entice players to collect and play with them. Additionally, this will add to the uniqueness of the platform and play a significant role in attracting new users.

LOC is focusing on achieving all their major milestones set out in its roadmap. The recently concluded strategic investment round and the upcoming SHO launch are testaments that the project is committed to promptly serving its community and focused on achieving its milestones. With the foundation now in place, LOC aims to attract further investment while further developing its community, thereby providing the best gaming experience across the crypto space.

An SHO is a public token sale event giving members a chance to be part of a particular project. The aim of the LOC SHO is to provide an opportunity for more people to hold $LOCG and trade with it. The public  will be required to follow the guidelines stipulated on the DAOMaker website – these measures are taken to reduce scam vectors and third-party fraud.

LOC will offer $LOCG tokens at a price of $0.036. The purpose of setting a maximum investment amount is to ensure that a small number of investors don’t engage in hoarding tokens to take control and influence the market in their favor. Furthermore, will allow a more balanced public participation.

The $LOCG token fuels game economics on the LOC platform. It has different uses such as staking, rewards, governance, payments, and changing of features. On many platforms, staking is the main use of governance tokens. In the gaming network, holders of $LOCG have the opportunity to stake their tokens in pools for a chance to receive NFT airdrops.

The NFTs on the platform are exclusive and rare, giving holders a chance to earn rewards for being early birds and adopters. LOC plans to add other DeFi staking elements in the foreseeable future, which stakers can benefit from holding the $LOCG token.

Contrary to contemporary gaming beliefs, LOC employs a pay-to-play method for encouraging players to be more involved on the platform. Specifically, the more users play, the more rewards they will receive in the form of $LOCG tokens. Players who buy NFT cards and decks on the LOC marketplace will receive kickbacks in $LOCG. LOC’s NFTs are designed in-house to ensure they are aligned with the platform’s gameplay and prevailing themes.

LOC also has a governance feature whereby $LOCG token holders can propose game changes, request new features, ask for new editions of cards, or be elected in the LOC Council. Token holders have to hold and stake a certain number of tokens in order to participate in each of these governance activities – this gives them power to contribute to the platform’s future and the player’s journey.

LOC is planning to include a function with the provision to add or change certain features for very rare cards. The purpose of this function is to make these rare cards even more unique, and encourage players to stake their tokens for a chance to receive these NFTs. Users can also pay with $LOCG to receive discounts on NFT cards, decks, boost factors, and more.

DAOMaker allows projects to raise funds by setting up a swap pool based on a fixed purchase rate for tokens. Projects and investors have increased transparency over the amount of money raised and tokens sold on DAOMaker. Launching on DAOMaker provides projects with the ability to easily buy and sell on the market. Therefore, immediate liquidity is made available, which can benefit a token’s price.

This SHO is a way of allowing the public to get on the ground floor and become a part of the LOC community. In order to participate, interested members are encouraged to fill out the whitelist form and keep up with LOC’s social media channels such as Twitter, Telegram, and its official website for major announcement updates.