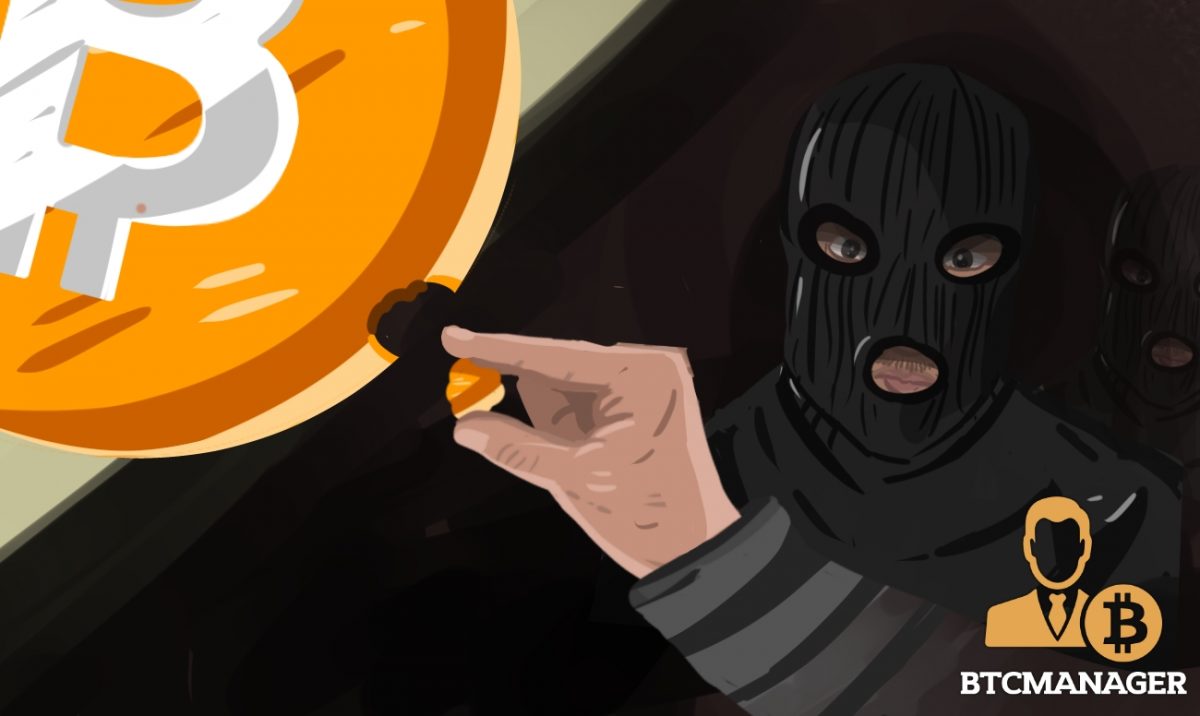 UK-based blockchain intelligence firm Elliptic partnered with a program within the Foundation for Defense of Democracies known as the Center on Sanctions and Illicit Finance (CSIF) to study data on the Bitcoin blockchain in an effort to determine the quantity of illicit funds that make their way into the bitcoin ecosystem. The report also looked into how these “dirty bitcoins” are integrated into the established financial system.

Released on January 12, 2018, the report titled, “Bitcoin Laundering: An Analysis of Illicit Flows into Digital Currency Services” was prepared by Yaya J. Fanusie and Tom Robinson.

Fanusie is the director of analysis for the Foundation for Defense of Democracies’ Center on Sanctions and Illicit Finance (CSIF) while Robinson is the Chief Data Officer and Co-Founder of Elliptic, a data analytic firm that focuses on cryptocurrency forensics as well as anti-money laundering solutions.

Elliptic has been at the forefront of combating and managing cybercrime on bitcoins’ blockchain. Most recently during the 2017 WannaCry attack, the startup released a series of steps to take to deal with infection by the ransomware. It also collaborated with investigators by providing them with its bitcoin investigation software in an effort to track down the WannaCry perpetrators.

Since its inception in 2009, bitcoin has been viewed by many as a tool to help facilitate illegal activity due to its pseudo-anonymous nature. The report seeks to adequately quantify these associations:

“What we know about Bitcoin’s illicit use is mainly based on anecdotal evidence, usually without supporting data, analysis of how it is used across geographical regions, or trends over time. While it is impossible to quantify exactly how much bitcoin is used illicitly, analyzing the laundering of bitcoins (where it can be identified) gives insight into criminals’ methods for hiding their illicit proceeds.”

Fanusie and Robinson used publicly available blockchain data as well as a forensic analysis tool developed by Elliptic to make their findings.

“Elliptic’s forensic analysis tool, which combines public blockchain data with a proprietary dataset of Bitcoin addresses associated with known entities, to provide visibility into who is transacting with whom in Bitcoin. We reviewed transaction data between 2013 and 2016. We aggregated total volume of bitcoins going into conversion services and also identified the amounts coming directly from addresses flagged by Elliptic as belonging to illicit entities, such as various types of darknet marketplaces, ransomware, and fraudulent activities.”

The study aimed to find out the methods used by criminals to anonymously turn BTC into fiat currency or mix them with other BTC not connected to illicit activity in an effort to obscure their origins. The report referred to platforms that offer these facilities as “conversion services.”

It defined them as “platforms and intermediaries that transmit funds on behalf of users by either cashing out bitcoins to a legal tender fiat currency, converting them to another cryptocurrency, or transmitting them to another Bitcoin address in such a way that the flow of funds cannot be viewed and traced directly on the blockchain.”

The report did have some limitations as it focused on a narrow data set in order to simplify the analysis. Thus it stated that the findings were not to be taken as a complete representation of all the illicit sources of bitcoin since it took data only from address verified to be owned by malicious actors. Moreover, it did not account for complex movements of BTC and only looked at direct transactions between illicit addresses and conversion services.

The study found that the percentage of bitcoin that was moved around in an effort to obfuscate its illegal origins was tiny. “The amount of observed Bitcoin laundering was small (less than one percent of all transactions entering conversion services).”

However, the report did observe steady growth in the number of illicit entries from 2013 to 2016 with dark web marketplaces being the major sources of these illicit funds.

The report found that cryptocurrency exchanges (45 percent), online gambling sites (26 percent), as well as coin mixers (23 percent), were the leading ways to launder bitcoin. Bitcoin exchanges showed the highest percentage, but the report explained that this was commensurate with the high volumes that exchanges have in general.

Moreover, from 2013-2015, mixers were found to have a low level of activity but with the highest percentage of bitcoin laundering. However, in 2016 there was a sharp drop likely influenced by better the advent of KYC/AML regulations.

The study concluded that Europe received the highest number of the illicit bitcoins at 0.77 percent. However, there was the large percentage of 3.19 that was attributable to specific locations. This is because the services deliberately hid their place of origin likely in an attempt to get around KYC/AML regulations. Interestingly, Asia had the largest volumes of bitcoin activity, but accounted for only a small amount of laundering, only 0.05 percent.

Following its findings, the report stressed the need for greater scrutiny and regulations on online gambling platforms as well as coin mixers. It stated that governments need to ensure they enforce their existing KYC/AML laws. Also, the report believes it is possible to find out the true geographical locations of the “unknown” mixers using website domain analysis and blockchain tracking in order to force them to comply with the law.

Moreover, European currency exchanges were called upon to strengthen their adherence to anti-money laundering regulations in order to reduce the amounts of illicit funds that go through them. The report also noted that though the EU is changing its 2015 Anti-Money Laundering Directive to include cryptocurrencies, it should further amend it to avoid any ambiguity especially involving crypto-to-crypto exchanges.

The report stated governments should not only take down dark web marketplaces but also ensure the public knows about their vulnerabilities as well as existing dangers. It also called for countries with established cryptocurrency regulations to share knowledge on good KYC/AML practices with those still in the initial stages.