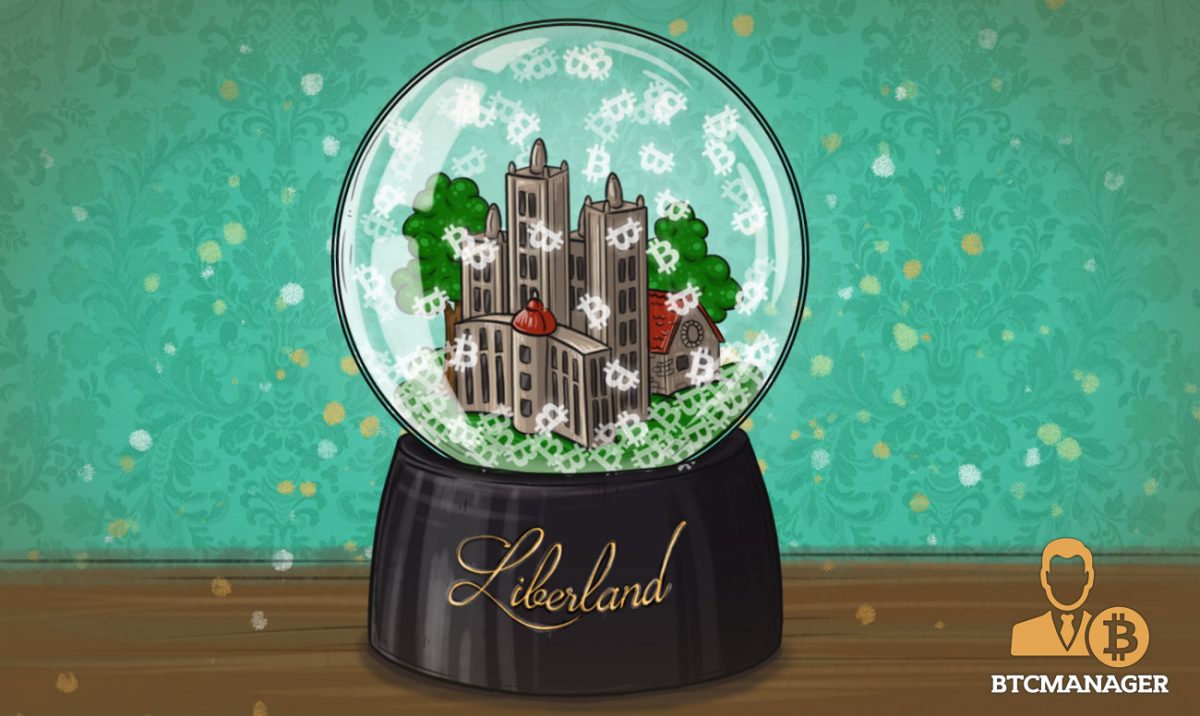 Liberland is a small country located on the Danube River between Serbia and Croatia. The micro nation’s official money is bitcoin and it also uses bitcoin cash and ether for its financial operations and donations.

This year will make it three years since the self-proclaimed Free State of Liberland, or in some cases “Gornja Siga,” was created by Czech politician Vit Jedlicka. This year’s anniversary will be the country’s first ever celebration on its home soil, which is just a three-square-mile patch of land that is the product of a border dispute.

We are just now finishing the draft of the constitution. Meanwhile you can take our small quiz… http://t.co/eNOlNHQzRk

More importantly, Liberland has been using bitcoin as its official currency thus positioning itself as a crypto-political experiment writ large. Other virtual currencies including bitcoin cash and ether are also legal tenders in the nation.

A Choice Destination for Foreigners

Presently, there are no specific benefits of being a citizen of Liberland, apart from being able to have a second passport and not being obliged to pay taxes.

The country sustains itself with donations received from citizens. This formula as well as having other bitcoin and altcoins investments had boosted Liberland’s state funds to the equivalent of roughly 350,000 US dollars in December 2017. Jedlicka has also hinted at some development projects that the funds would support. He said:

“We will use this money to actually launch a number of serious projects next year. One of them will be the issuance of our own cryptocurrency which we would like to have completely anonymous, yet also working as Liberland shares. It will be a fairly interesting concept, for example, for those that got into the world of cryptocurrencies. We want to be innovative in that sense.”

Liberland has plans to take its libertarian style of government to other countries and continents. The President of the Free State explained that “because of this large interest, especially from the Middle East and Africa, we are considering that it would be actually healthy to bring Liberland to Africa instead of bringing all the people from the Middle East and Africa to Liberland.”

In line with its expansion plans, Liberland officials have been holding discussions with Somaliland, an independent East African nation in a bid to create the Liberland territory in Somalia. The territory will be an autonomous and free trade zone.

As reported by the Liberland Press, a memorandum of understanding was signed by both Free States in September 2017. Some parts of the note read:

“The underlying technology behind Bitcoin is Blockchain. It could be a great tool, not just for your central bank, but also for different state registries. We would like to help you to build the world’s most advanced citizenship registry, company registry, land registry and for example, ship registry with the help of Blockchain technology. Liberland, from its foundation, is relying on solar power for its energy needs. Somaliland is in an even more prime geographic location for [the] development of a solar power infrastructure.”

Bitcoin and its underlying Blockchain technology make it possible to carry out transactions in a decentralized, secure and anonymous manner. The Liberland vision of a Free and autonomous State is thus made much easier by the excellent capabilities of cryptocurrency and distributed ledger technology.