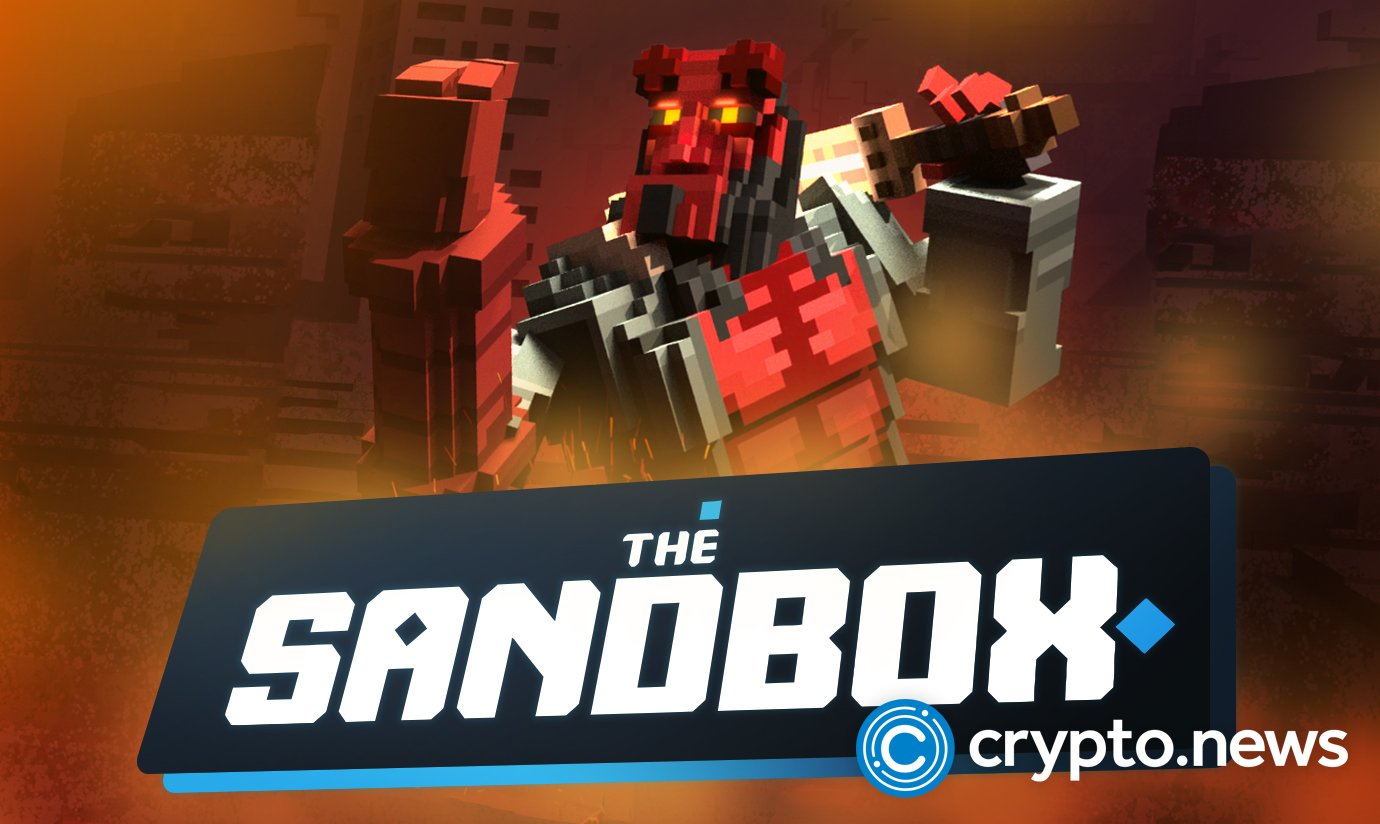 On Thursday, the metaverse announced a partnership with Lionsgate Studios, which drove the Sandbox’s native token, SAND, to surge from eight-month lows. SAND soared as high as 20% to $0.9715 before reversing part of its gains to trade at $0.8647. The announcement helped SAND snap a seven-day losing streak despite broader crypto market volatility.

The Sandbox metaverse officially announced its partnership with the well-known film producer Lionsgate and its associate venture Millennium Media on June 15. The metaverse will assist the studio in developing a web3 gateway for its popular action movie material. To begin, they will introduce a unique LAND called Action City, which will be packed with voxelized characters from fan-favorite series.

With this exciting partnership, Lionsgate becomes the first major film and television company to enter The Sandbox metaverse. Based on their enriched production in the horror and action genres, the metaverse has planned an extensive roadmap, and Lionsgate will contribute to converting its characters and catchy narratives to web3-supported formats.

The first is the creation of the Action City, a Lionsgate-themed exclusive LAND area. This feature will enable users to visit and develop new ways to interact with other fans who share their interests. During its initial launch, the Action City will showcase popular titles such as Hell Boy, Rambo, and The Expendables.

Lionsgate and Millennium content will be generated on web3 to allow consumers to personalize their experience through their favorite characters and tales. As a result, The Sandbox will foster collaboration between the studio and its followers.

However, Action City will be showcasing more than just mannequins. These voxelized 3D objects can be utilized as Avatars to enhance their metaverse appearances. Users can design unique goods and avatars based on Lionsgate content and trade them for additional benefits.

“We’re excited by the new possibilities our strategic relationship with The Sandbox will offer our community,” Jenefer Brown, Executive Vice President and Head of Global Live, Interactive, and Location Based Entertainment at Lionsgate, said of the groundbreaking partnership.

She also stated that the team is delighted to assist Liongate fans worldwide in engaging, creating, playing, and exploring their film IPs in ways that are not possible in the physical realm.

According to The Sandbox COO Sebastian Borget, the partnership with the studio is consistent with the metaverse’s objective of creating various virtual worlds.

The Sandbox is now ranked as one of the top five metaverse initiatives in the crypto space. Its 150+ partners over the years include Adidas, Snoop Dogg, The Walking Dead, South China Morning Post, Care Bears, Atari, CryptoKitties, Shaun the Sheep, Mcdull, Hanjin Tan, and many more.

Last year, the SAND Box teamed up with IMPS, which is the official Smurfs licensee and has helped partners download over 175 million digital games to bring the cute blue Smurfs and their world of Smurf Village to The Sandbox metaverse.

Studio Dragon, a Korean content creation company, recently announced a partnership with The Sandbox metaverse. Now, with the Lionsgate partnership, it will be able to delve further into the entertainment business and its global market.

As crypto markets tumbled this year, the Sandbox and its competitors’ token prices plunged significantly. However, the fact that the Sandbox metaverse continues to draw in new partnerships during these trying times may give it a leg up on its lesser competitors.

Investors typically search for initiatives with a concrete product or service during times of rising inflation and high-interest rates, as The Sandbox can confirm. This may provide SAND with some resiliency in the face of continuous instability in the cryptocurrency market. Nonetheless, the token has lost almost 85 percent of its value in 2022.