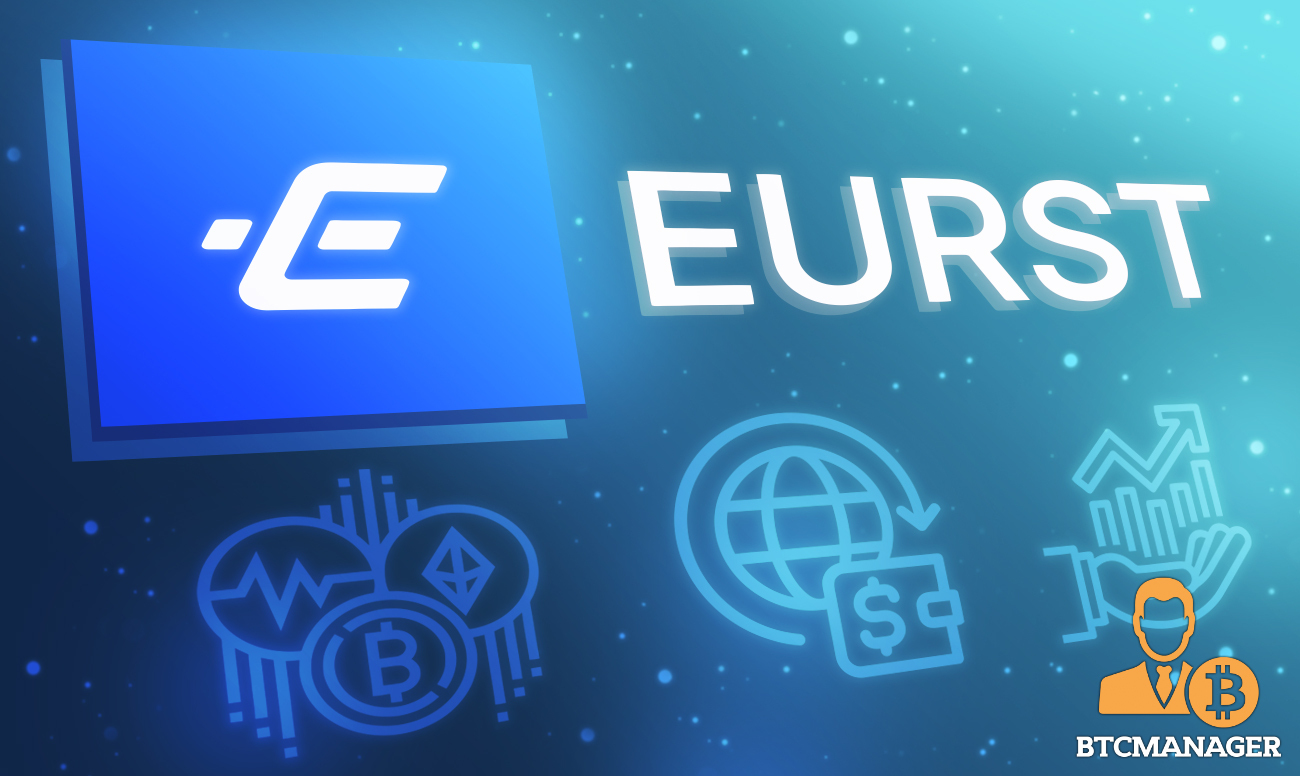 Do you know what the strongest currency in the world is? It certainly isn’t the Euro, and it never has been –  it’s economic capability has been questioned ever since its inception in 1999. There was a serious error in its strategy, and a flaw that has lay dominant over it for decades, sticking out of the currency like a sore thumb. To be exact, the Euro still does not have a strong, asset-backed united economy.

Considering that the Euro was to be a mirror image of the US Dollar in its resilience and disinclination to waver, what has the year 2020 shown us? Even with the challenges that unfurled that year, USD has somehow maintained a strong stance.

“This is why the US economy was more prepared for the Covid-19 pandemic. The European economy operates via a different…maybe, one could say, a flawed economic system, and therefore it becomes more vulnerable to change of regulations and stabilize operations during such times” – Simone Mazzuca

That’s why Simone Mazzuca created EURST, or “EURstablecoin”, a USD asset-backed and live audited stablecoin. He believes that by forming new regulations embracing current and future digital technological possibilities, economic hardship for individuals and businesses within the EU could be reduced.

So What’s The Benefit Of A Stablecoin Over Fiat Currency?

For a moment, ponder what you would do if you lived in a country whose economy was being destroyed by mass inflation. Would you wait the long hours in queues at banks, only to withdraw bundles of cash that’s worth so little? This is one of the ways Venezuela has been affected in its economic crisis. Although many have attempted to flee the country in search of a better life, people cannot flee Venezuela with fiat. They can’t send it internationally through banks, and if they tried to physically carry the money with them, it would be seized at the border. Therefore, Venezuelans have turned to Bitcoin. Despite BTC being a viable option for them as an anonymous, borderless store of value, EURST believe stablecoins provide a much better store of value than Bitcoin, since stablecoins are not subject to speculative markets or wild inflation. Blockchain technology as a whole is seen by EURST as the evolution and best solution for the management, storage and accounting of the vast number of assets that people use to keep value.

But what keeps a stablecoin “stable”?

What every stablecoin initiative needs at its core is a stabilisation mechanism. This is an absolutely crucial part of establishing if the tokens can hold a stable value that can stand the test of time. These mechanisms can vary from one to another, some requiring accountable institutions to take on the roles of token issuer and token custodian, whereas other mechanisms may delegate such duties towards the users of the stablecoin in question.

The way in which a stablecoin is financially backed forms an important part of its stability mechanism. Stablecoins can be described as being:

– Backed by funds, which an issuer or custodian must hold for safekeeping, implying a commitment that these “tokenized funds” are fully redeemable

– Backed by other traditional asset classes that require a custodian for their safekeeping and are in the possession of the issuer, only as long as the user does not redeem the stablecoins, or what is left of them in the case of default. EURST calls these “off-chain collateralised stablecoins”.

– Backed by assets, typically crypto-assets, which can be recorded in a decentralised manner and do not need either an issuer or a custodian to satisfy any claim. These are described by EURST as “on-chain collateralised stablecoins”.

– Backed by users’ expectations about the future purchasing power of their holdings, which does not need the custody of any underlying asset, and whose operation is totally decentralised (“algorithmic stablecoins”).

EURST, as a USD asset-backed and live audited stablecoin,  was created to sit parallel between the concept of fiat and cryptocurrency in order to upgrade the financial system and bring forward a new economy. Through linking EURstablecoin to the fiat, they sincerely intend to offer the solution to all problems related to the volatility of cryptocurrency.

The Structure and Funds Flow of EURST

EURstablecoin is a cryptographic token built on the Ethereum network according to the ERC-20 standard, enabling users to make quick and secure transactions. Each token (1EURST) represents a monetary value of 1 EUR, which is stored on a distributed ledger (the Ethereum blockchain). There, it exists as a cryptocurrency where it is under constant audit by a reputable accounting firm in the USA. Thanks to the connection between the smart contract and the account that has custody of the stablecoins, the audits can be deployed in real time. All the funds are held by a custodian in a segregated account in order to ensure the funds backing EURstablecoin are redeemable according to the terms of service, or on the basis of bilateral contracts.

EURST’s token is not merely about maintaining value alone – they have a goal to reduce the risk of any single stablecoin becoming “systematically dominant”, as well as to make an emphasis on interoperability and frictionless exchange across blockchains. Through the bringing about of blockchain interoperability, EURST believes that these new and growing technologies can not only increase financial speed and security, but also improve the scalability of digital transactions for the world.