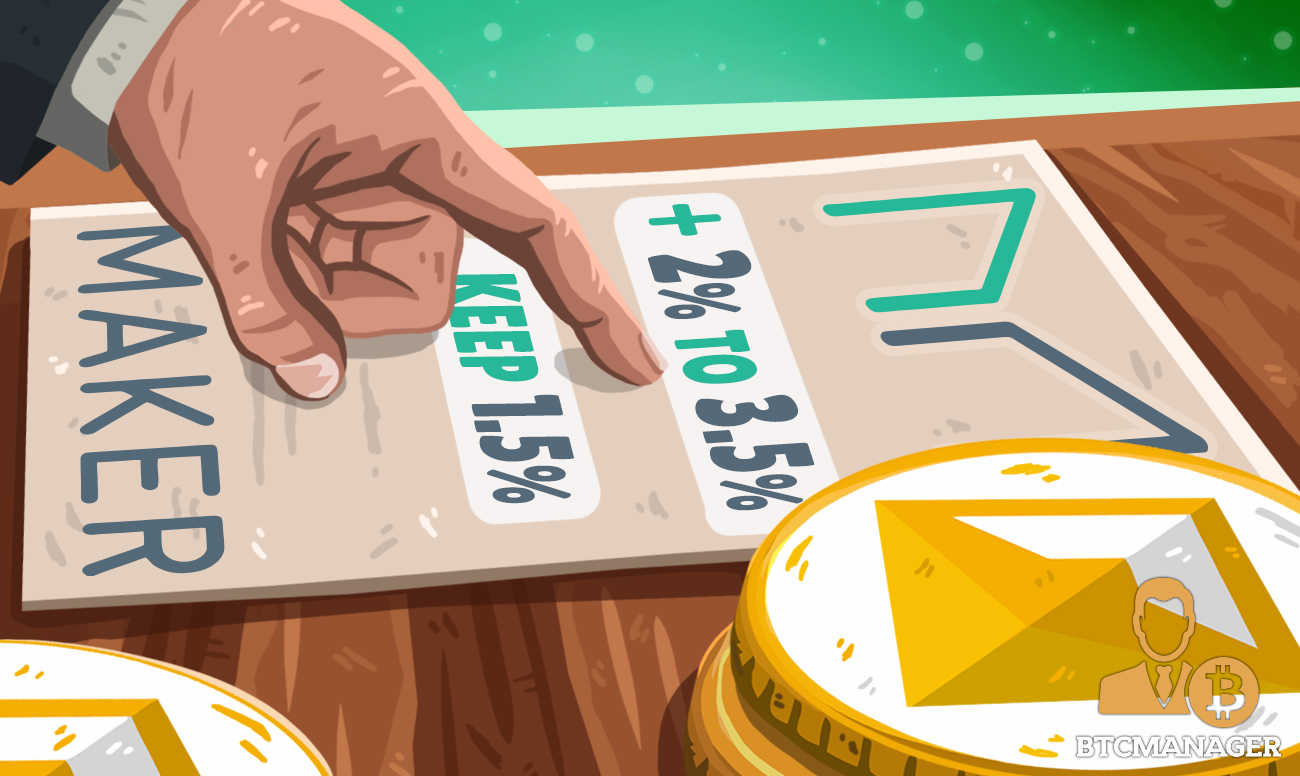 In a bid to stay afloat amid low market prices, MakerDAO has announced On March 4, 2019, that their users will vote on a possible 2 percent fee Increase.

This now seems to have changed as MakerDAO announced On March 4, 2019, that they will allow their users to vote on whether fees should be raised for the use of their Dai stablecoin. The Dai tokens are used for loans on MakerDAO’s collateralized debt position platform. The proposed fees would increase the amount that Maker charges for the creation of Dai tokens using the platform.

Compared to MakerDAO’s native MRK token that trades above $650, the Dai token trades at less than $1. The fees associated with Dai are known as stability fees and should the vote pass, it won’t be the first time that the stability fees see an increase. They had been 0.5 percent at a time but were increased to 1.5 percent in February 2019.

Another increase could see the price go as high as 5 percent. The company says that they have done some preliminary research and that there is a favor in the market for an increase.

While the bear market has generally taken its toll on many businesses, the Dai has, Up until now, been seen to be in good condition. In January 2019, it was even reported that the United Nations International Children’s Emergency Fund (UNICEF) in France had started receiving donations in form of the currency.