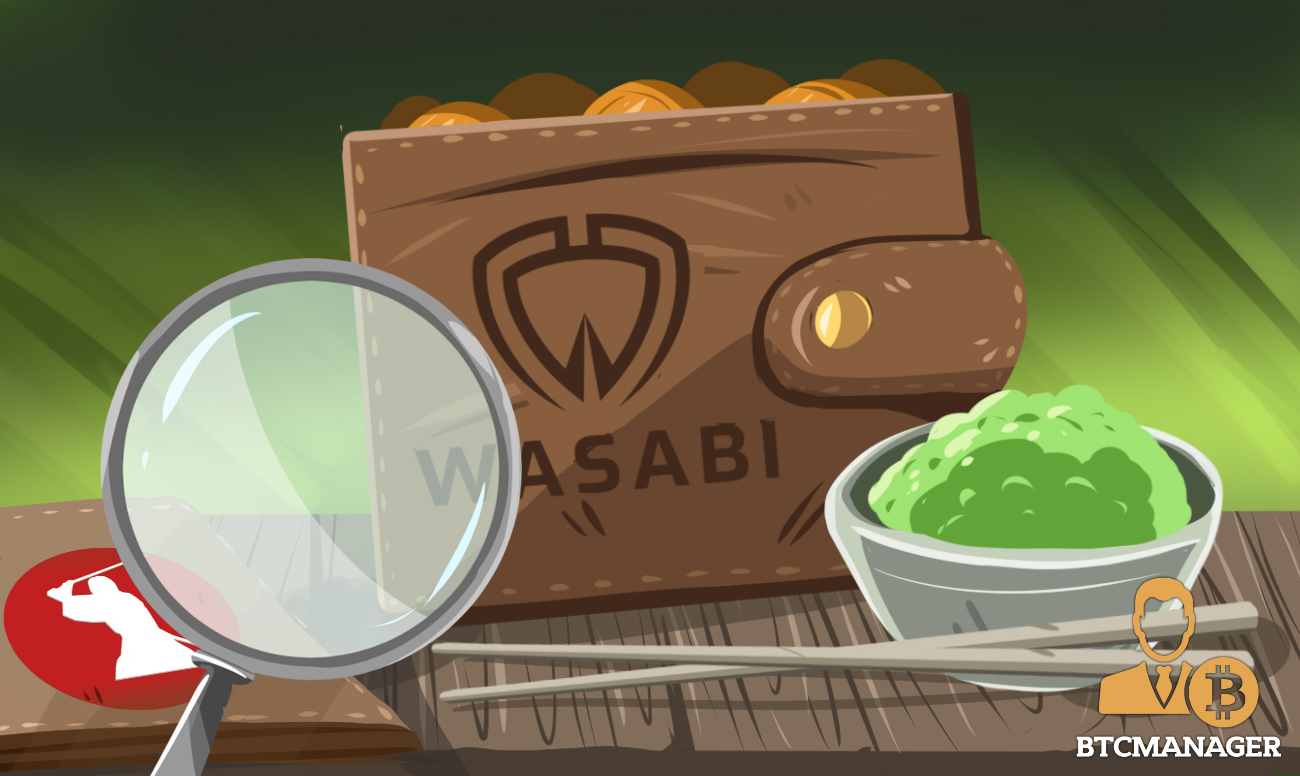 In the cryptocurrency ecosystem, a wallet is an essential component, as it is used to receive, send and store cryptocurrencies. It operates in the crypto verse just like the banks do in the traditional financial system.

As the crypto sector is continuously growing with more and more participants enter the sector,  the demand for secure and anonymous wallets have risen.

Even though many of the newly launched provide a lot of features, they still lack anonymity and complete privacy, which are considered a key pillar of the cryptocurrency and blockchain industry.  Understanding this gap, zkSNACKS launched the Wasabi Wallet, a first desktop-based bitcoin wallet with a privacy-oriented feature. The key feature that differentiates Wasabi wallet from its competitors is that it makes Bitcoin transactions completely untraceable.

Wasabi Wallet is an open source, noncustodial desktop-based Bitcoin wallet that has developed taking into account privacy. It was created by the company zkSANCKS, whose mission is to develop products that facilitate privacy improvements. Being a complete cross-platform product, it has capabilities of working on any desktop architecture be it Windows, OSX or Linux.

Wasabi is an HD wallet and uses BIP84 derivation scheme giving it capabilities to generate only bech32 native segregated witness addresses. The wallet is loaded with advanced coin control features and is also integrated with the Tor anonymity network, without which the coin is unable to function.

By implementing BIP157–158, the wallet has been deployed as a light wallet that does not fail when put to network analysis test and prevents spying and snooping carried out by harmful bots, hackers, and even companies.

The wallet complies with the ZeroLink wallet fungibility ecosystem that uses Chaumian CoinJoin, a trustless Bitcoin mixing technique in which the coordinator of the mix is unable to steal the coins. Such features help the wallet to enforce 100 anonymity set consistently, which means to perform a transaction, a user will have to wait for 100 users to pool their Bitcoins and perform it as a batch.

Wasabi lets its backend built a filter table which the user’s wallet download over Tor. From this table, the wallet client figures out the blocks it is interested in and it asks for those blocks from random nodes. Combining the information from these blocks, it reestablishes the wallet balances and thus avoids to save any information at one location.

The light wallets, regarding privacy feature, that came closest to Wasabi were Full nodes like Bitcoin Core or full SPV nodes, like Stratis’s Breeze wallet. The previous versions of the Wasabi Wallet which were termed as Hidden Wallet were also a steady solution to network analysis based privacy breaches. According to the team working on the Wasabi Wallet, the wallet is a significant upgrade to previous Hidden Wallets.

Even though the wallet comes with superb privacy features, significant moats, and upgrades over its competitors and predecessors, it still lacks in certain aspects.

These are as follows:-

With anonymity, how much of it is sufficient is a difficult question, and one would not be able to find any research based on it. Therefore, it is best to compare Wasabi’s anonymity with the payment alternatives that are available today.

Cash has the highest anonymity which is set in millions making it the superior most.

Just as cash does, banks also provide complete anonymity towards a third party, but the transacting party does not have any anonymity from the bank.

Centralized Bitcoin Mixers also are known as tumblers are an anonymous service on the internet which put together coins from various sources and before they sent it back to their original owners. Such mixers or tumblers are used to confuse the trails of a Bitcoin Transaction making it difficult for anyone to trace.

These mixers may provide anonymity to an extent, but one cannot gain privacy against these mixers (pretty similar like in the case of banks). Also, to work with these mixers, one must trust them.  It has been reported several times that the coordinator of these mixers has fled with the monies of the users.

JoinMarket like Chaumian CoinJoin is a special type of CoinJoin which tries to provide anonymity to Bitcoin transactions. A user may use JoinMarket as a taker, maker or in a hybrid form by running the mixer script.

As a taker, the user will be liable to pay the complete transaction fee along with the JoinMarket fees to every maker the user joins the coin with. In case of the maker, the user will have to run the mixer script and look for possible takers to join his coins with the user.

To explain, in a JoinMarket, the taker has to pay not just the transaction fee but also a fee to the maker. If the anonymity set is in JoinMarket is kept equal to the anonymity set of Wasabi Wallet which is at 100, and is assumed that the transaction fees is USD 1, the taker will become liable for a fee that would add up to 100 x USD 1 + maker fees making it infeasible for users.

With Monero, every transaction conducted is a mixing transaction with an anonymity set of something between two and ten, making it much lower than that of a Wasabi. With Zcash, the potential of privacy is huge, but the coin does not enforce any anonymity set. Hence, it devoid of the coin from using its privacy features entirely keeping its count low for now.

The lightning network, the second layer payment protocol also tried to lay it hands on solving privacy-related problems for cryptocurrencies. But it too comes with issues that one faces in the traditional banking system.

Electrum wallets relied on multiple decentralized nodes, which are selected randomly to provide necessary details about the holder thus exposing the user’s or wallet holders details to these random nodes.

Other wallets such as Bread wallet and AirBitz that used the bloom filter single payment verification also relegated the backend server model, but these too were vulnerable and leaked information to blockchain analysis companies that track and crawl the bitcoin network for their filters.

Wasabi is no different to all good things that come with few drawbacks. If privacy is the primary goal, then Wasabi wallets ensure the highest secrecy.

However, the more information will be unveiled when the Wasabi wallet launch, sometimes next year. Even if the Wasabi wallet could not replace the most popular wallets, it will be a favored replacement to many of the other desktop wallets in the crypto verse.