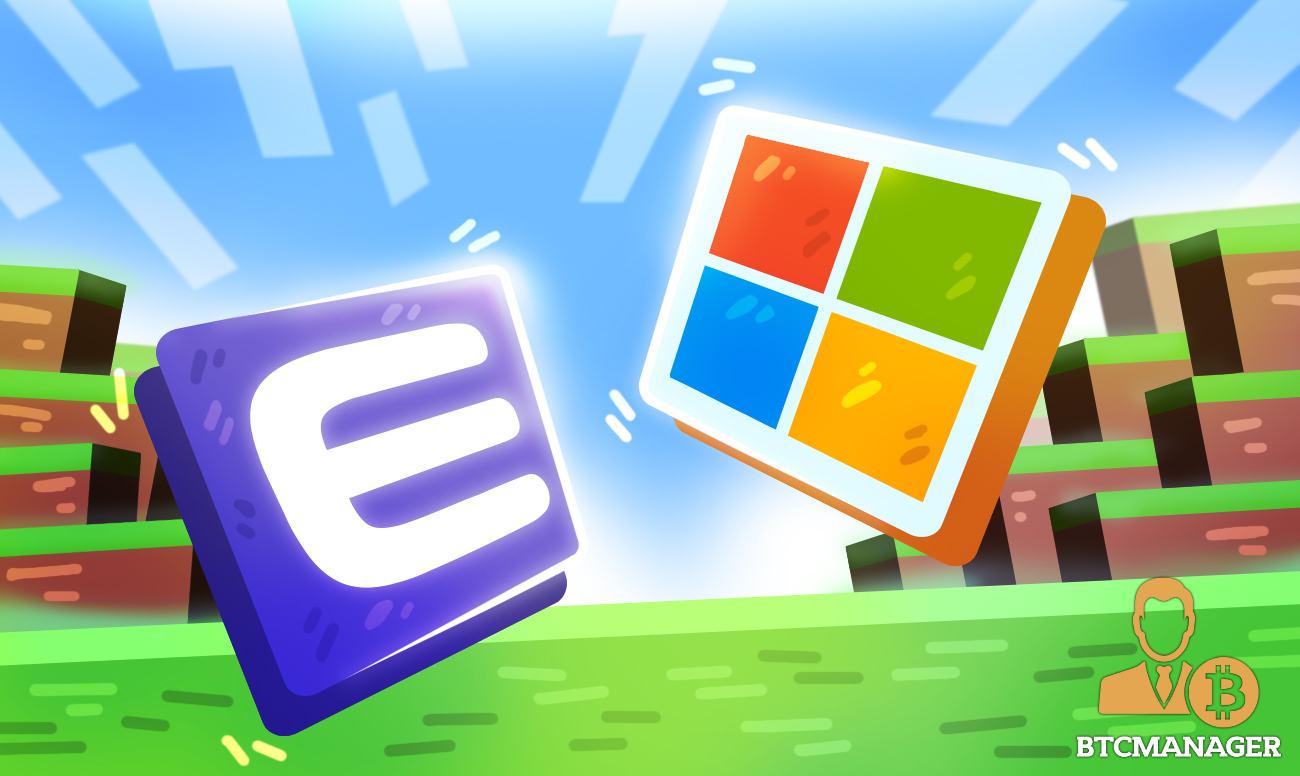 Microsoft and Enjin (ENJ) have joined forces to launch a browser game that allows players to gather non-fungible tokens (NFTs) as they progress in it. The project is in commemoration of the International Day of Women and Girls in Science, according to reports on February 11, 2021.

The United Nations General Assembly has aside the 11th of February each year as the day to celebrate women and girls in science. And in a bid to commemorate this year’s event, Microsoft and Enjin have developed a crypto-collectible game that allows players to collect NFTs for use inside Minecraft.

Per sources close to the matter, the browser-based game dubbed Azure Space Mystery is designed as a text-based interactive and educational puzzle game, with notable female scientists, including, astronomer Caroline Herschel, Mary Somerville, a Scottish scientist that is among the first women to join the Royal Astronomical Society, Raymonde de Laroche, the first licensed female pilot in the world, among others.

To make the Azure Space Mystery game exciting for players, the developers have made it possible for collectibles acquired in the game to be used for unlocking new quests in the MyMetaverse Minecraft server.

Commenting on the project, Bryana Kortendick, VP of Operations & Communications at Enjin reiterated that the initiative is part of efforts to empower future innovators via education.

“Educating is key to empowering the next generation of innovators. Enjin is proud to work alongside Microsoft to generate innovative opportunities for merging virtual worlds, bringing digital communities closer together and celebrating powerful women in science and tech.”

For the uninitiated non-fungible tokens are simply digital assets created using Ethereum’s ERC-721 andERC-1155 token standards. Since the crypto boom of 2017, the digital collectibles industry has continued to attract the attention of lovers of digital art and gamers.

“NFTs are important because they provide irrefutable proof of digital scarcity. With over 126 million users, the ability to spawn blockchain assets inside a Minecraft server is a massive step towards NFT adoption,” declared Simon Kertonegoro, VP of developer success at Enjin.

As reported by BTCManager on February 8, 2021, Mike Shinoda, a member of Linkin Park, an American rock band, sold his NFT for $30k. And on February 9, 2021, Axie Infinity made history by selling its NFTs for $1.5 million worth of ether (ETH).