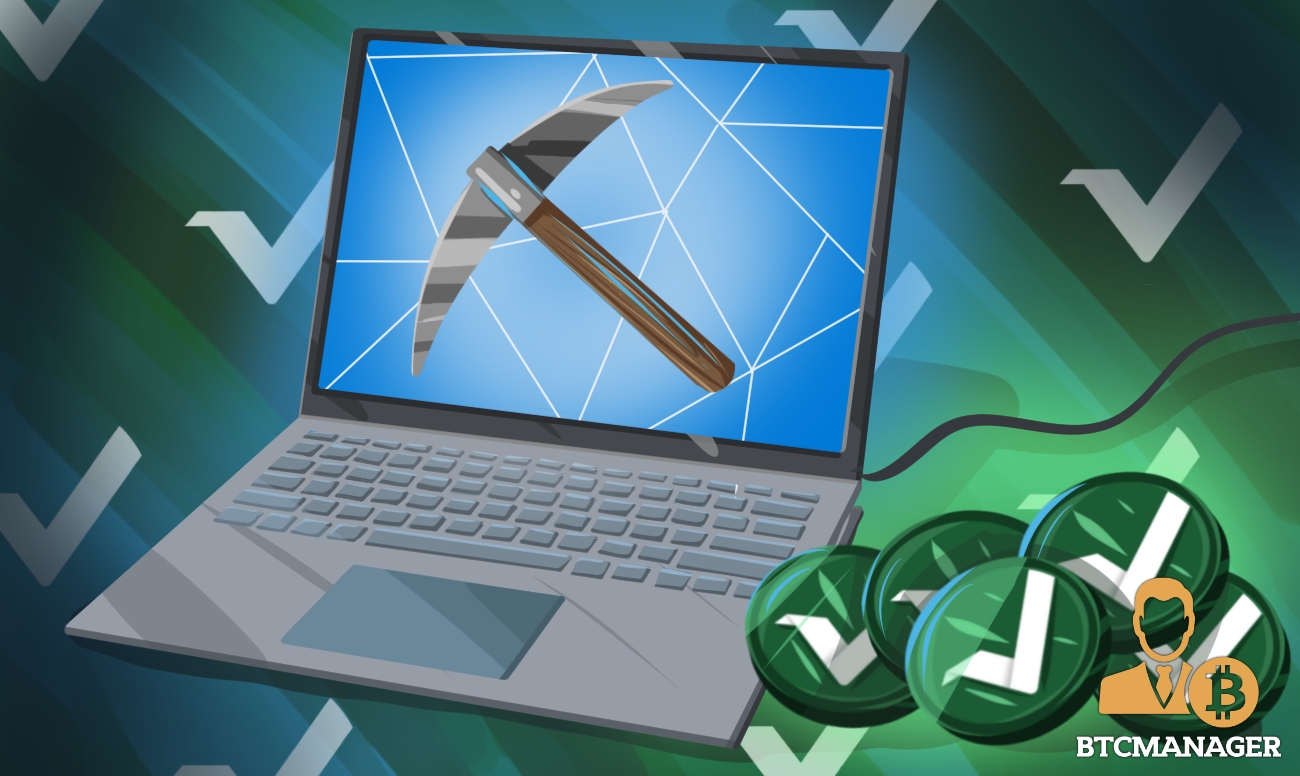 Vertcoin (VTC) is an older cryptocurrency project that has been around from a time when airdrops and ICOs were almost unheard of. Launched in 2014, Vertcoin was initially touted by many as a significant challenger to the dominance of bitcoin.

Vertcoin discouraged centralized mining and thus makes it easier for individual miners and hobbyists to exert their influence on the network without needing to buy expensive mining rigs. The lack of support for centralized mining makes Vertcoin one of the few popular cryptocurrencies that are still possible to mine using a regular computer.

Vertcoin uses ASIC proof algorithm Lyra2REv2, making it suitable to mine in CPU and GPU, keeping $3,000 to $4,000 ASIC miners out of the equation and empowering users, hence earning the title as the “People’s Coin.” The Vertcoin team proudly claims to be the pioneer of ASIC resistant decentralized mining with their initiative starting in 2014.

The SegWit feature was activated on Vertcoin on May 7, 2017, and included Lightning Network technology. On December 12, 2017, the reward per block was halved from 50 to 25 VTC.

To mine Vertcoins, you have to install the one-click miner.

Download wallet from https://electrum.vertcoin.org/ or directly from GitHub by clicking on the portable.exe file. 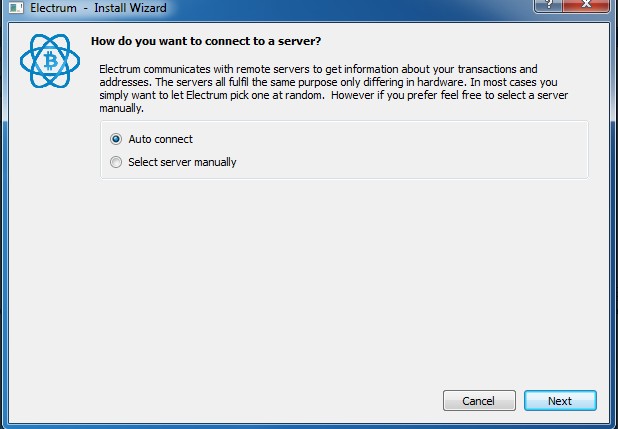 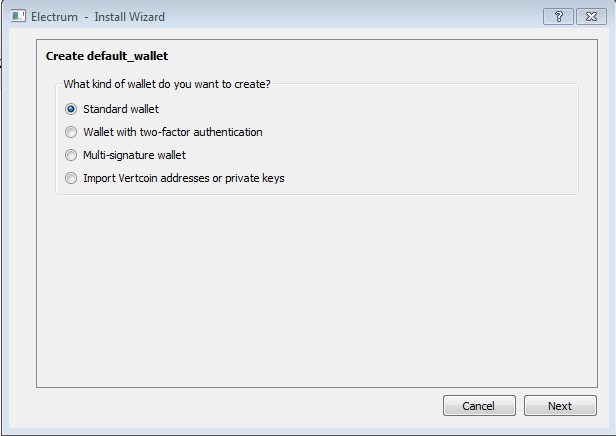 You can also use two-factor authentication in case if you want to opt-in for better security. 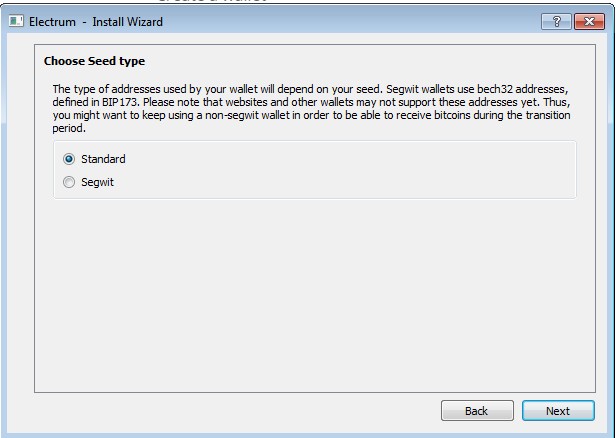 The seed is used for recovering your access to the wallet. Keep your Seed in a safe and secure place. 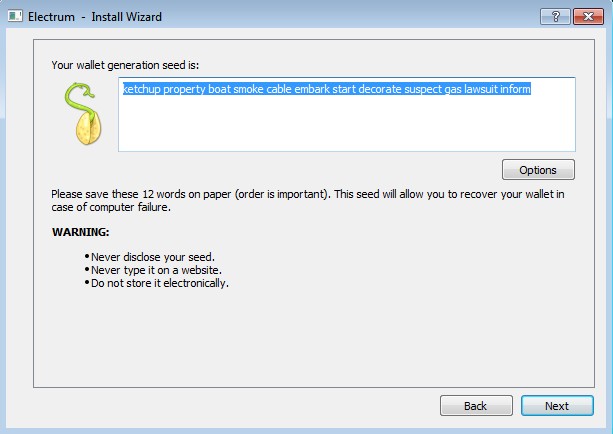 It will ask to retype in the next window. Retype it, and then in the following window, type the password. 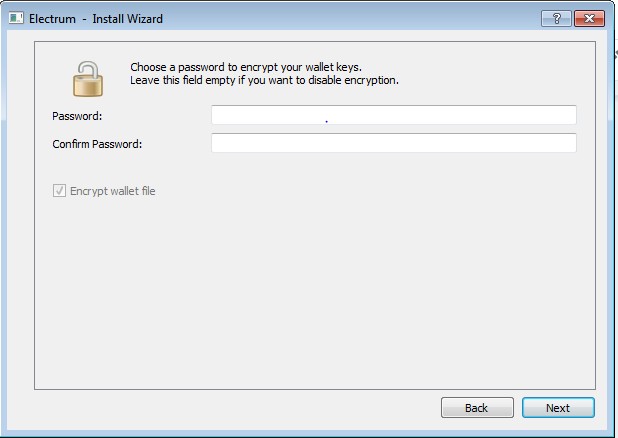 Now go to the “Receive” tab and copy your VTC address.

Open the one-click miner that was installed and select “search pool.” There will be two options, one for “Network 1” and the other is “Network 2.” Network 1 is for miners with 100MH of power or greater, and Network 2 is for those who have less than 100MH hashing rate. Now, paste the wallet address under “Wallet Address” tab and click Scan.

After scanning, arrange the result as per the latency and ensure that the latency is minimum, the fee is also low, and the uptime is a decent time of 50 days. This time delay is more so that participants can know that the pool you selected has been up for a certain period. It is good practice to choose two or three pools, in case one goes down, your mining is still not affected.

The app is now ready to mine. There are three types you can mine with, and usually, GPU is faster than CPU. Make a selection based on your computer configuration.

Also, when you click on start, a prompt will explain that an update is available, click “OK” on the prompt, and after ten seconds mining will start. 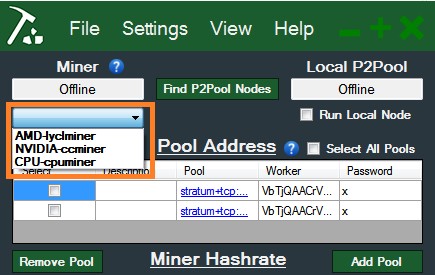 To see the command interface and determine what is happening in the background, stop the mining, go to settings, and enable “Show CLI.”

Once mining has started back up again, you will see the following interface:

When one of your blocks is successfully found, you can see your address in the window after clicking on the pools you are using. 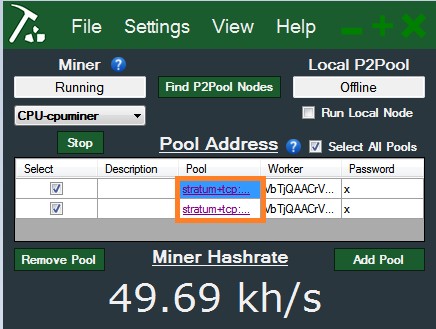 Once there is a value in the “Predicted payout,” the value will also appear in your wallet.

Recently LYRA2REV2 ASIC MINER became available for sale, but the Vertcoin development team is not sure if these miners are functional or not. A Reddit discussion also points out that the LYRA2REV2 miner looks like a scam as there is a lack of abnormally difficult chart movement. The team has already started developing the VertHash algorithm which is likely to be both ASIC and NiceHash resistant.

For faster development of VertHash, the team has posted on Reddit a repurposing of exchange funds if further development of the algorithm is needed. VertHash has already completed its Proof of Concept stage and is now being tested on GPUs.