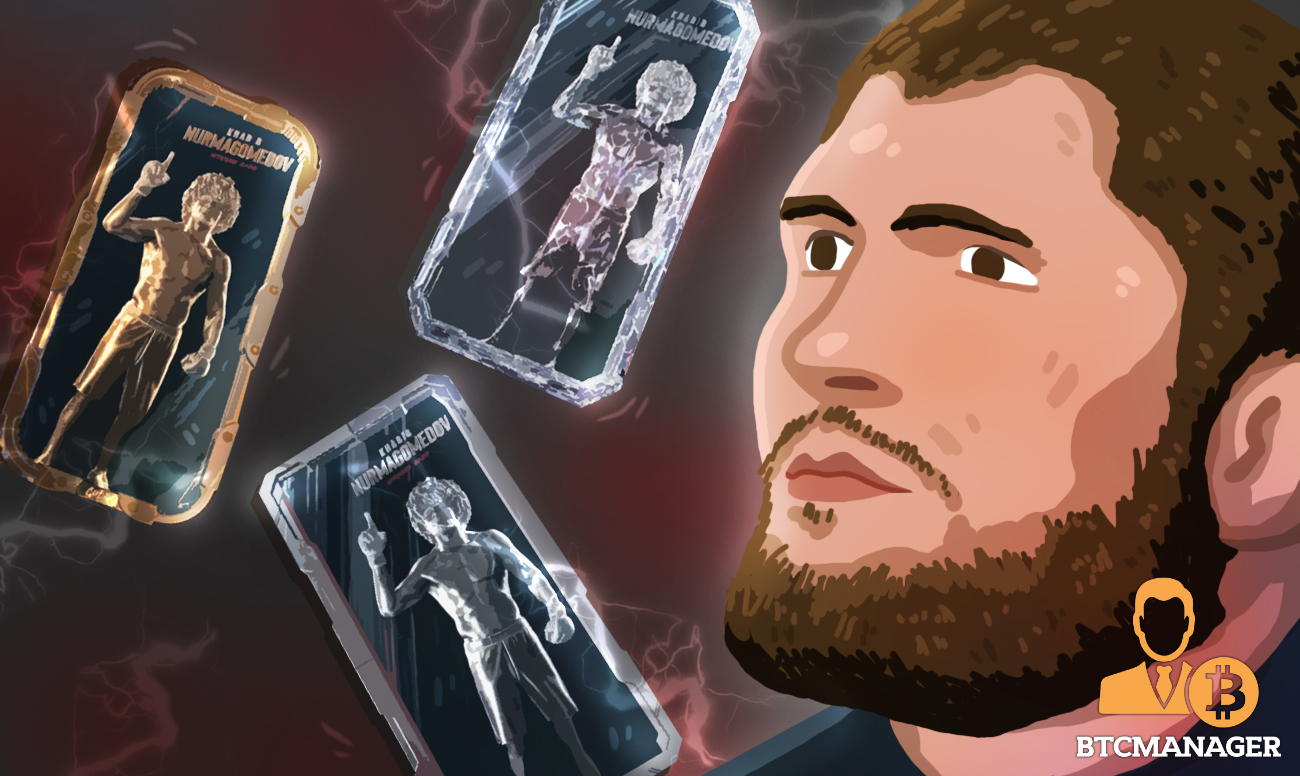 The NFT frenzy seems to have made its way into the MMA world.

In what could only be dubbed the inevitable, the NFT craze now seems to have taken a hold of the MMA space as Russian mixed martial arts promoter Khabib today officially unveiled a collection of unique digital cards.

Revealing the announcement in a Youtube video, Khabib stated a total of three series of cards will be issued – gold, platinum, and diamond.

Essentially, the digital cards are collectibles issued to commemorate the end of Khabib’s professional career as a MMA wrestler.

For the uninitiated, Khabib is a famed MMA wrestler who was most prominent in the lightweight division of the UFC where he has held the title since April 2018 establishing himself as the longest-reigning UFC Lightweight Champion with 29 wins and zero losses.

In total, there will be three different variants of digital cards issued by Khabib.

The Gold card series will have a maximum supply of 290 cards that will commemorate the career end of Khabib. These NFTs will have unlockable contents in them exclusively available to the respective card owner.

Similarly, the Platinum card series will have a maximum card supply of 29 cards. Platinum cardholders will have the unique opportunity to receive a personal prize from Khabib.

More details for all the aforementioned NFTs will be revealed at a later date, the official announcement reads.

The token sale will officially begin in April 2021. Interested individuals can register their email addresses to be notified with regular updates pertaining to the sale.