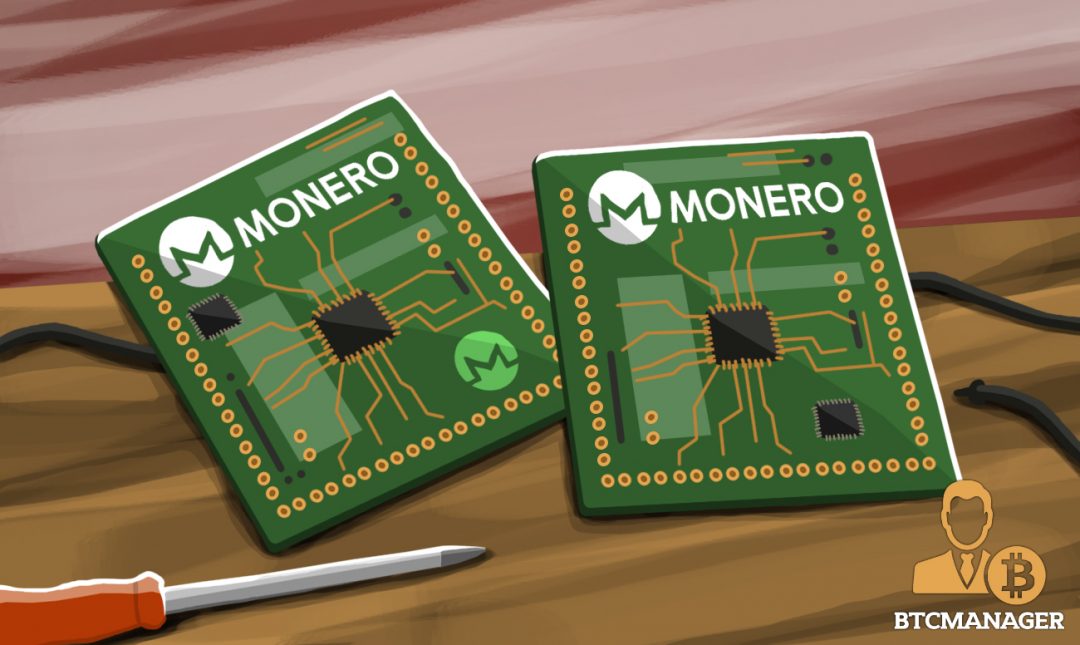 The Monero hardware wallet project, entirely funded by the community, is taking significant strides. On November 12, the team delivered an update, showing the progress taking place.

BTCManager first reported on the community venture during September 2017, when it was successfully funded with just under 1,000 XMR, and conducted an interview with Schloh, the founder of the project, and Kovri lead developer ‘Anonimal.’

On November 12, an update and numerous images were released of the board that serves as a starting point for the final product, which was demonstrated by connecting to a mobile phone via USB OTG (On The Go). However, the device may eventually use a battery power source or even make use of solar power. Speaking to the endeavor’s founder Michael Schloh via email, BTCManager found out more about the processes and progress.

Prototypes Expected for Testing in Late 2017

A ‘holiday dividend’ is anticipated, where if development continues at the current rate, many prototype versions will be made available for testing. Two versions are likely to come to fruition; a larger developer version codenamed Breakneck, where the boards for this one have already been tested and assembled (shown below), and a smaller sized one for consumers, with the codename Monezor.

Interested parties can sign up to Taiga, which gives a full overview of the project, to become involved and perhaps have a chance of getting an exclusive look at the prototype and a feel for the final product. All risks should be assumed by the testers, and they are urged not to put real money into the devices.

The purpose of testing is it to improve the product, where participants will follow a test plan and report their findings.

The most recent assembly photos

While the proposal was put forward by Schloh, who has an impressive tenure as a scientist, there is now a large team being built, with several familiar faces from the Monero crowd. For instance, at a Monero Community meeting the group said:

“The team now consists of a handful of folks, some specializing in FPGA development, legal matters and documentation, core hardware wallet developers, and most importantly, testers.”

When asked the most significant steps that have been completed, Schloh responded, “About the wallet, we’re a strong team of sixteen with many bases covered; Technical writing, Project management, Quality assurance, Legal, Hardware Wallet design, Hardware Wallet layout, and firmware coding. As far as concrete steps, we have procured machines for production, set up communication systems, produced two first-generation models and tested finished wallets with cloned firmware.”

An early version of the board running tests with Trezor firmware.

When asked about the most significant challenge going forward, the hardware wallet team stated:

“The biggest challenge before the year-end is to get a few dozen devices made and into the hands of Monero enthusiasts around the world. There’s just a month for us to complete this, and it’s only 50-50 that we achieve it. Call it a dividend.”

An example of a design for the circuitry

In the Reddit post which updated the Monero community of the progress being made, DrKokZ asked whether there is a definite timeline for someone to view if they are ‘technologically illiterate.’

hwalguy responded with, “The short version is, that the few people working on this are producing things not relevant to sales or e-commerce. This is good because it lowers the risk of our project failing. The project fails if there is not at least one viable (release grade) hardware wallet design after six months.”

“Once a hardware wallet design exists (along with documentation) a product is one order away (from a fabrication shop) but still lacks firmware, enclosure, email support, mod options (cables, stickers), packaging, and other such sales and marketing things. Maybe that helps you understand the scope of the project we’re talking about. You’re welcome to contribute sales/marketing/business logistics if you are avid in that way, in which case you would eventually be able to answer your own questions about delivery estimates ;-)”

Evidently, while there is a steady advance with the custom Monero hardware wallet, there is still much more work to be done. Even though the foundations of the device are a work in progress, there is room for many contributors to join, for instance, by working on a business plan and strategy.