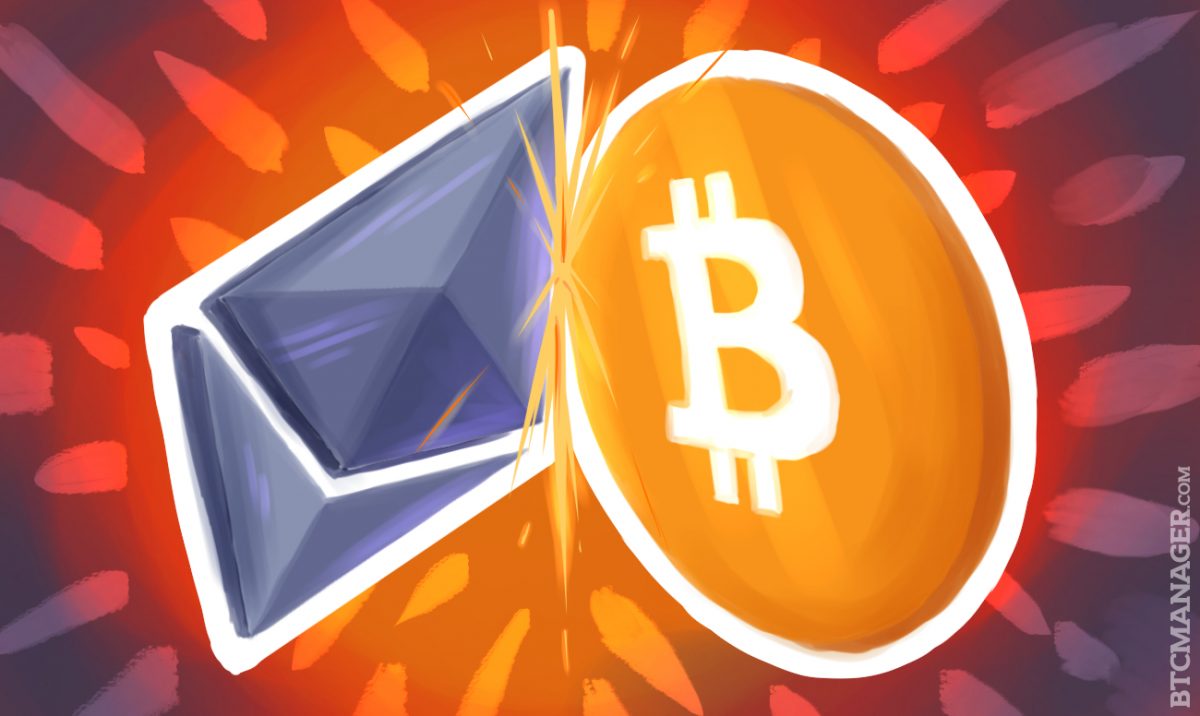 Everyone knows that the media loves a good, blazing brawl; but oftentimes, where they seem to smell smoke, there is no actual fire. This past week has seen a number of articles in the mainstream media that seem to pit Ethereum against Bitcoin and visa versa. With headlines like “Ethereum Challenges Bitcoin,”  “Ethereum, a Virtual Currency, Enables Transactions That Rival Bitcoin’s” and “Bitcoin Rival Ethereum a Virtual Rising Star,” there seems to be a perception that these two blockchains are in a fight for supremacy, where one can only succeed at the expense of the other.

BTCMANAGER reached out to a few thought leaders in the space who have an intimate knowledge and understanding of both Bitcoin and Ethereum in order to provide some context and clarity for this so-called rivalry.

“There is no reason there can’t be unity between Bitcoin and Ethereum,” said Anthony Di Iorio, founder and former director of the Bitcoin Alliance of Canada, co-founder of Ethereum, and CEO of Decentral. “People on the Ethereum team are still fans of Bitcoin.”

“I can’t think of anyone having participated in the creation of Ethereum that ever saw Bitcoin as ‘competition.’ Vitalik [Buterin] always put the technology first and so did everyone around him, including myself.
That said, for as long as I can remember, the small elite that indirectly control bitcoin have have been hell-bent on describing Ethereum as a rival.”

Ethereum and Bitcoin: A Tale of Two Blockchains

Dr. Gavin Wood, another Ethereum co-founder and pioneer, explained the differences between Ethereum and Bitcoin.

“Bitcoin is first and foremost a currency; this is one particular application of a blockchain. However, it is far from the only application. To take a past example of a similar situation, e-mail is one particular use of the internet, and for sure helped popularise it, but there are many others.

“Ethereum is, like Bitcoin, another blockchain-based technology, however it is substantially more flexible. To run with the same example, Ethereum is comparable to the world-wide-web. Ethereum can support applications like currencies in the same way that the WWW can support applications like e-mail, however the WWW also facilitates things that would be impractical with e-mail like collaborative document editing, social media and gaming. In this sense, to see Ethereum as a competitor to Bitcoin makes little sense, similarly to seeing the WWW as a competitor to e-mail.”

“What bitcoin does for payments, Ethereum does for everything else,” said Di Iorio.

Vitalik Buterin also weighed in on the comparison:

Bitcoin is both a blockchain and a digital currency. It is both a store of value (BTC) and a way of transmitting that value (the Bitcoin blockchain). BTC can be traded and spent like money, and indeed, that is an inherent part of its raison d’etre. Its value, in relation to the US Dollar, hovers around $414.

Ether (ETH) can also be traded and “spent,” – it’s value is approximately $11 – but its function is not intended to be as currency.

“Ethereum is a technology first and the currency is only there as a facilitator,” Buterin said in an online Q&A held by Ledger Labs last month.

“Ether is the necessary fuel that serves two purposes,” Di Iorio said. First, he explained, it has value associated with it which ensures that people will contribute to the system in a valuable way. If it costs something – in this case, ether – to create something on the Ethereum blockchain, people will want to be sure that they are “spending” ether in a way that has value. Second, he said, ether is a reward for miners who contribute to the network.

Thus, ether is a token that has value in that people need it in order to participate in or build on the Ethereum network.

As Wood points out, however, “Bitcoin is also only a token; for a token to become a currency it must be a generally accepted means of payment. I fear Bitcoin has not attained that position. In this sense, a critical difference between the two is that the token for Ethereum has an intrinsic value as the only means of payment for decentralised computation on the Ethereum network, whereas the token named “Bitcoin” does not.”

“For as long as I can remember, the small elite that indirectly control bitcoin have have been hell-bent on describing Ethereum as a rival,” said Tual. “From the early days on IRC where #bitcoin-wizards claimed with apparent authority that Ethereum would never launch, to the vile insults and death threats on the bitcointalk.org forums, this undercurrent of acrimony has continued unabated.”

Tual expressed his frustration with the devolution of open discussion:

The bitcoin community, so idealistic early on, a community I was part of, was keen to disrupt the economic status-quo. Now it has turned into something of a power-hungry clique.

Di Iorio attributes Bitcoin’s current struggles to issues of governance and the competing interests of different factions. “Bitcoin’s problem right now is that it can’t come to consensus because there’s no leader; it was made not to have any leader. With Vitalik, Ethereum has a structure, people rally behind him. There is guidance. He and the developers who work on Ethereum are stewards of the technology. They bring everybody together…That may change but for now we can come to consensus.”

This contrast in stability is another reason why it is tempting to pit one blockchain against the other. Where one is seen to be floundering, the other appears to be flourishing.

In the end, says Tual, “what matters is adoption, and adoption isn’t driven by yelling clever slogans louder than the other side, but by providing real value to end users.