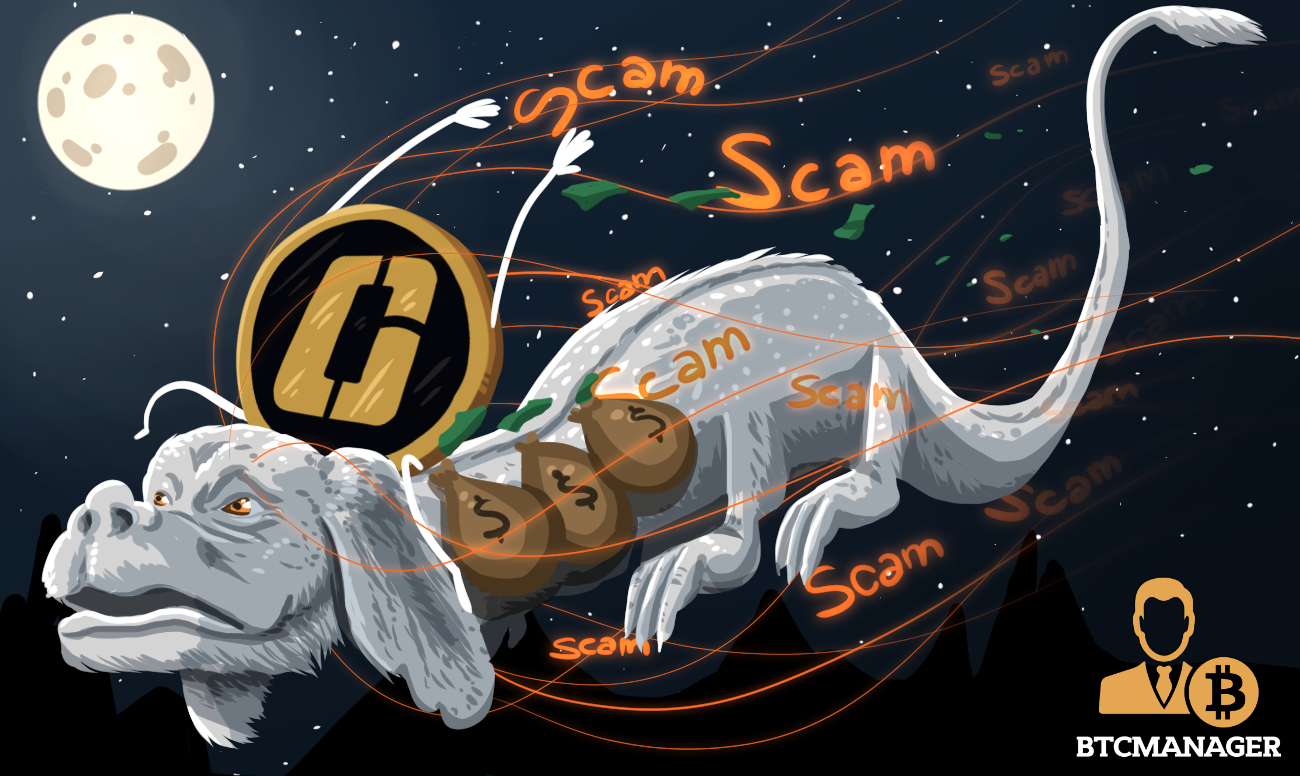 The OneCoin project was founded in Sofia, the capital of Bulgaria, in 2014 and since then has been operating a multilevel cryptocurrency-based Ponzi scheme that generated $3.7 billion in sales revenue and more than $2.5 billion in profits according to U.S. authorities.

On March 6, 2019, the U.S. Federal Bureau of Investigation (FBI) arrested the leaders of the cryptocurrency project at the Los Angeles airport.

Mark Scott and Konstantin Ignatov were taken into custody and charged with “wire fraud, securities fraud, and money laundering offenses” by the U.S. Attorney Office of the Southern District of New York (SDNY). Former CEO  Ruja Ignatova has been on the run since 2017.

According to the district attorney, OneCoin is “a multibillion-dollar pyramid scheme involving the sale of a fraudulent cryptocurrency” where members receive commissions for getting investors to buy different OneCoin digital token packages.

The mastermind behind OneCoin is said to be the Bulgarian Dr. Ruja Ignatova. Born in the Eastern European country and poorest member of the European Union, she emigrated to Germany at the age of ten.

Some years later, together with her father, Ignatova was involved in the 2012 bankruptcy of the local Waltenhofen Steelworks factory. They both pled guilty to a series of charges and received a suspended jail sentence of one year and two months.

Ignatova returned to her home country to join the board of the directors of a local financial holding and in parallel started working at the local office of the management consulting company McKinsey.

She then entered the cryptocurrency world in early 2014 by creating BigCoin, the predecessor of OneCoin, alongside Sebastian Greenwood, who was arrested by the FBI and the Crime Suppression Division (CSD) in Thailand back in November 2018 and later extradited to the U.S.

OneCoin to Rule Them All

OneCoin was launched in September 2014 under the OneLife Network company after being registered in Dubai and Belize and was initially branded as a company selling educational material with cryptocurrency tokens as a reward.

Different levels of educational packages were available for investors with prices ranging from $113 to $134,000. The acquired tokens were then used to “mine” OneCoins and eventually to buy more packages, closing the cycle.

The different educational packages reportedly include crypto and forex-related training videos, which were unlocked on the user account once the right amount was paid, and also tokens used to “mine” OneCoins in an internal pool.

Think of it as buying hashing power in a legitimate cryptocurrency pool instead of investing in mining equipment and configuration. The servers are officially located in Sofia, but in reality, there is no underlying blockchain platform at all. According to a blockchain developer named Bjorn Bjercke, OneCoin was actually using SQL database script to mint coins.

The office in Sofia is the biggest in the world with more than fifty employees providing technical support to OneCoin investors from different continents.

Throughout the years there were many ways to profit from OneCoin as per the official announcements and company events. Some of them included the OneCoin asset platform called xCoinx and DealShaker. The first was meant to be used as an exchange where users could buy and sell their coins for assets and eventually cash out.

The platform was abandoned in 2017, however. It was followed by a service called Deal Shaker used to buy and sell real-life assets using OneCoins. OneCoin was reportedly charging affiliates a 50 percent fiat currency fee for using it.

Affiliates were also benefiting from getting more and more people on board, just like a standard multi-level marketing scheme.

Like all cryptocurrency enthusiasts and die-hard fans, many OneCoin users believed in the technology and accumulated more and more coins hoping for a long-lasting bull market once the coin was officially listed.

From the very beginning of the project, the OneCoin management claimed it was going to list the coin on a public exchange in Asia by preparing an Initial Public Offering (IPO). Users were presented with the opportunity to invest in OFCs, virtual shares in the post-IPO company. The strategy was later changed to a never-ending ICO.

In 2014, Ruja Ignatova received the Business Woman of the Year award, which served as a good selling point and opened the doors for reaching a different variety of clientele.

She organized some of the most glamorous parties in the city, funded international company events in Dubai, Macao, Singapore, and the UK and according to some sources even invited Tom Jones to perform at her birthday party in London. In the year following the OneCoin creation, Ignatova and her peers bought millions worth of real estate across the country and abroad.

Troubles began in 2017 when Germany’s financial regulator, BaFin, ordered OneCoin to cease all operations in the country. A few months later, the Bielefeld Public Prosecutor’s Office opened a fraud investigation against its leaders.

The company was banned in Italy, India, Belize, China, and Hungary. This is when OneCoin founders began thinking of a way to cut formal ties to the OneCoin, OneLife Network, and One Network Services business entities and transferring operation activities to third parties.

In January 2018, The Bulgarian State Agency of National Security (DANS), alongside the anti-organized crime division and representatives of the Office of the General Prosecutor of Bulgaria, raided the OneCoin offices in Bulgaria after receiving an official request for assistance from the Bielefeld Prosecutor to investigate OneCoin for Ponzi Scheme-type of fraud, money laundering and organized crime.

At the end of the day, no one was arrested or charged as no evidence of criminal activities were found during the search.

In late 2018, the official ICO timeline was announced. This time, however, investors and affiliates were urged to accumulate OFC shares, different than the ones mentioned earlier, and prepare for the launch of the new OFC ERC20-based token. The previously accumulated OneCoins and company shares were left useless for the time being since the project migrated to a whole new platform.

This month’s arrests will likely put an end to OneCoin’s dreams to partially “legalize” its business through a standard ICO. With two of the company key figures threatened to spend time in jail if found guilty and Ruja Ignatova out of the picture, the future of the company remains largely unclear.