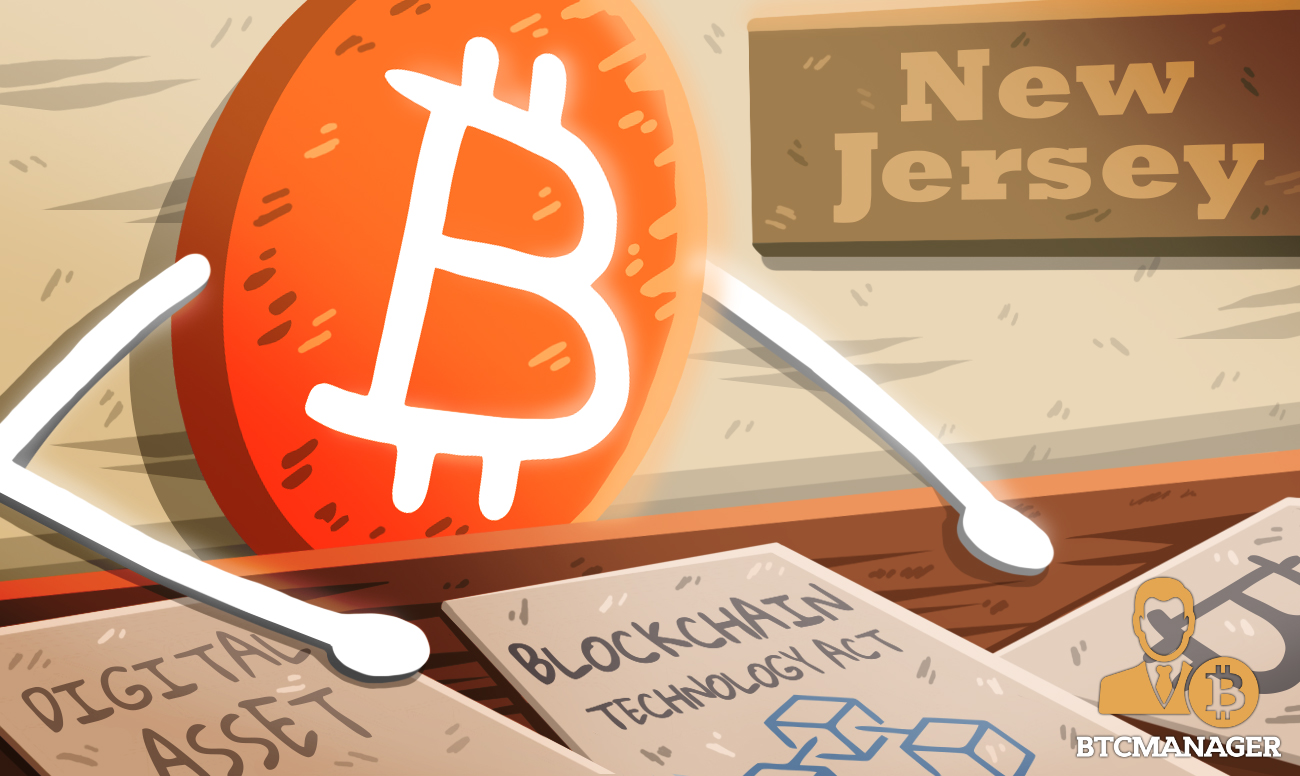 According to a report by The Block published on February 21, 2020, a New Jersey-based lawmaker has proposed a new bill that seeks to make it mandatory for all crypto firms to obtain a business license to be able to conduct its business in the state.

In a bid to have a greater oversight over digital currency businesses in the state, a lawmaker in New Jersey has proposed a new bill that, if passed, would make it compulsory for all cryptocurrency-based entities in New Jersey to obtain a business license from the financial regulator to operate in the state.

Per sources close to the matter, the new bill titled the “Digital Asset and Blockchain Technology Act” – aims to bolster consumer protection laws in the digital currency space. According to data published on LegiScan, the bill was formally introduced by the lawmaker on February 20, 2020.

To bag the business license, firms would be required to disclose their legal names, their fictitious or trade names, and their licensing and legal history. In addition, they will also be required to share their anti-money laundering and anti-terrorist financing policies.

As the bill seeks to protect consumer rights in the still infant cryptocurrency industry, it also requires companies operating in the space to release the terms and conditions for their consumer accounts which includes a schedule of fees, their compliance status, with the Federal Deposit Insurance Cooperation. The customers will also be required to share information on potential market risks, the announcement reads.

“Throughout New Jersey, there are ATMs that dispense Bitcoins. People see and hear about it in their day to day lives, but most are not quite sure what it is.”

“We must take steps to protect consumers looking to invest in cryptocurrency, while also allowing the sector to continue to develop and expand in New Jersey.“

Blockchain Regulations in the U.S.

Broadly speaking, the regulatory environment in the U.S. toward blockchain has been rather conducive. BTCManager reported in May last year how the state of New Jersey had voted unanimously in favor of a blockchain bill.