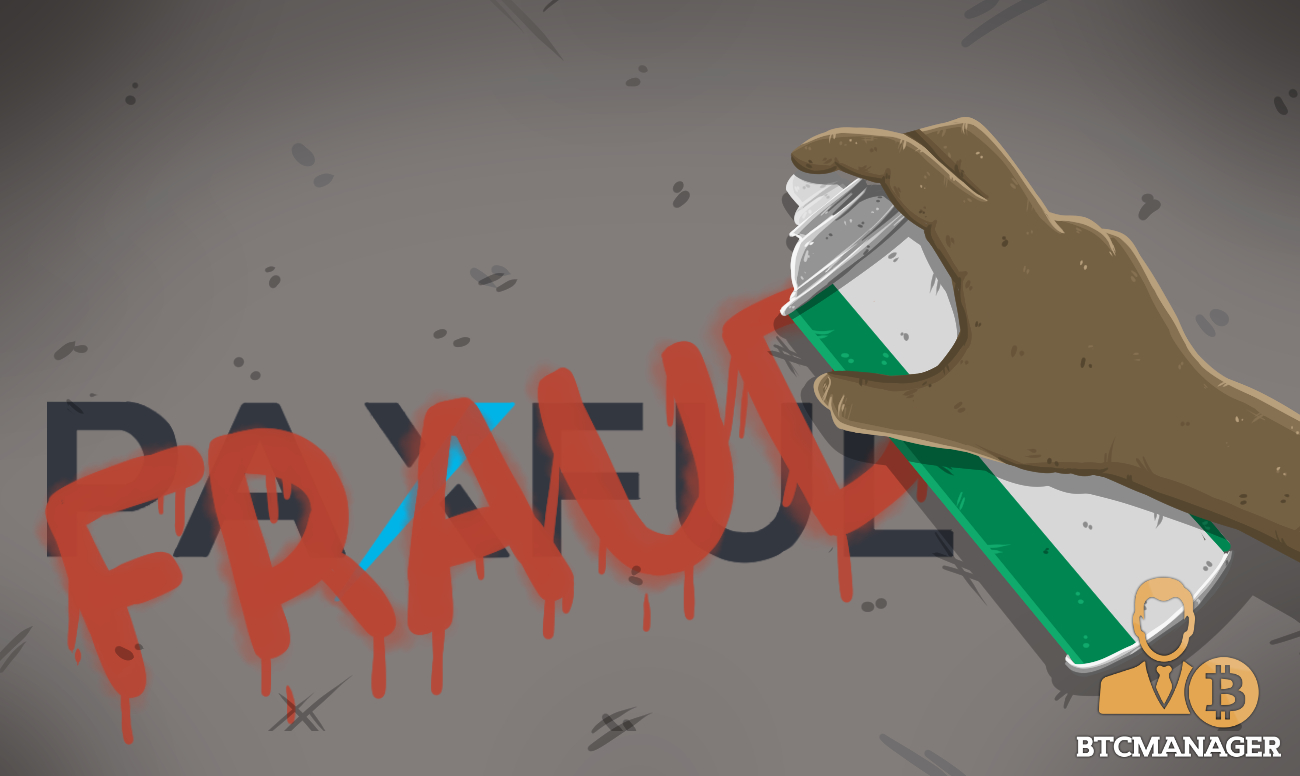 Aggrieved Nigerians are demanding that the country’s banking and financial regulators, as well as the Foreign Affairs Ministry (NIIA), look into allegations of fraud leveled against Paxful – a bitcoin peer-to-peer (P2P) exchange platform, reports The Guardian, April 6, 2019. Meanwhile, Paxful says customers having issues with the company must have been engaged in fraudulent activities.

According to the United Global Resolve For Peace (UGRFP), Paxful has been meting out unfair punishments to its Nigerian users with many suffering multiple deductions and some others having their accounts frozen.

UGFR, a non-governmental organization says it has taken the matter up the Central Bank of Nigeria (CBN), the Economic and Financial Crimes Commission (EFCC), and the Foreign Affairs Ministry.

Speaking to The Guardian, Shalom Olaseni, the UGFR Executive Director said the organization is leading the advocacy on behalf of Nigerians affected by the alleged malpractices of the Estonia-based Paxful.

Signed Petition Already Before the EFCC

According to April 7, 2019, report by Punch, Olaseni submitted a petition to the EFF detailing several grievances held by Nigerian users on the Paxful platform. An excerpt from the petition reads as follows:

“The respondent has, through willful disregard for contract and rules of a commercial transaction, done a lot to rob Nigerians of their hard-earned money by its unrestrained activities of blocking their accounts and stating that investigation will be conducted. At the end of the investigation, the respondent always comes out to say the vendor has done nothing wrong and thereafter release their accounts without the funds in it.”

For Olaseni and UGFR, the current situation exists due to the dearth of cryptocurrency regulations in the country. Apart from a few perfunctory hearings in the country’s parliament and a few warnings from the CBN, not much has been done in the area of creating laws to regulate the bitcoin scene in Nigeria.

In the absence of a firm regulatory framework, Olaseni says companies like Paxful are free to act without any consequences. The UGFR Executive Director wants the CBN, EFCC, and other relevant stakeholders to address the issue as a matter of urgency.

Meanwhile, in a tweet published by Ray Youssef, the Paxful CEO says that permanent account closures on the platform occur due to fraudulent activities by the account holders. Apart from bitcoin trading, Paxful also allows users the facility to buy and sell iTunes Gift Cards with bitcoin.

Warning to all scammers who think tweeting or contacting me will help. I will double your suspension time at the very least. No room for bad actors.

According to Youssef, some users on the platform have been known to commit fraud by reselling gift cards. In an email quoted by Punch, the company declared:

“All accounts that have been shut down have a reason for it. We will not shut down any account unless they violate our TOS (Terms of Service).”

However, several comments on both Youssef’s and Paxful’s Twitter posts show Nigerians accusing the organization of painting users from the country with broad strokes of being con artists. Also, some victims allege that the platform allowed illegal trading of gift cards while collecting the profits.

Since the early 2000s, Nigeria has gained notoriety of being the home of Internet fraud. This negative tag continues to severely affect the ability of honest Nigerians to transact on the Internet with avenues like PayPal offering limited services to users in the country.