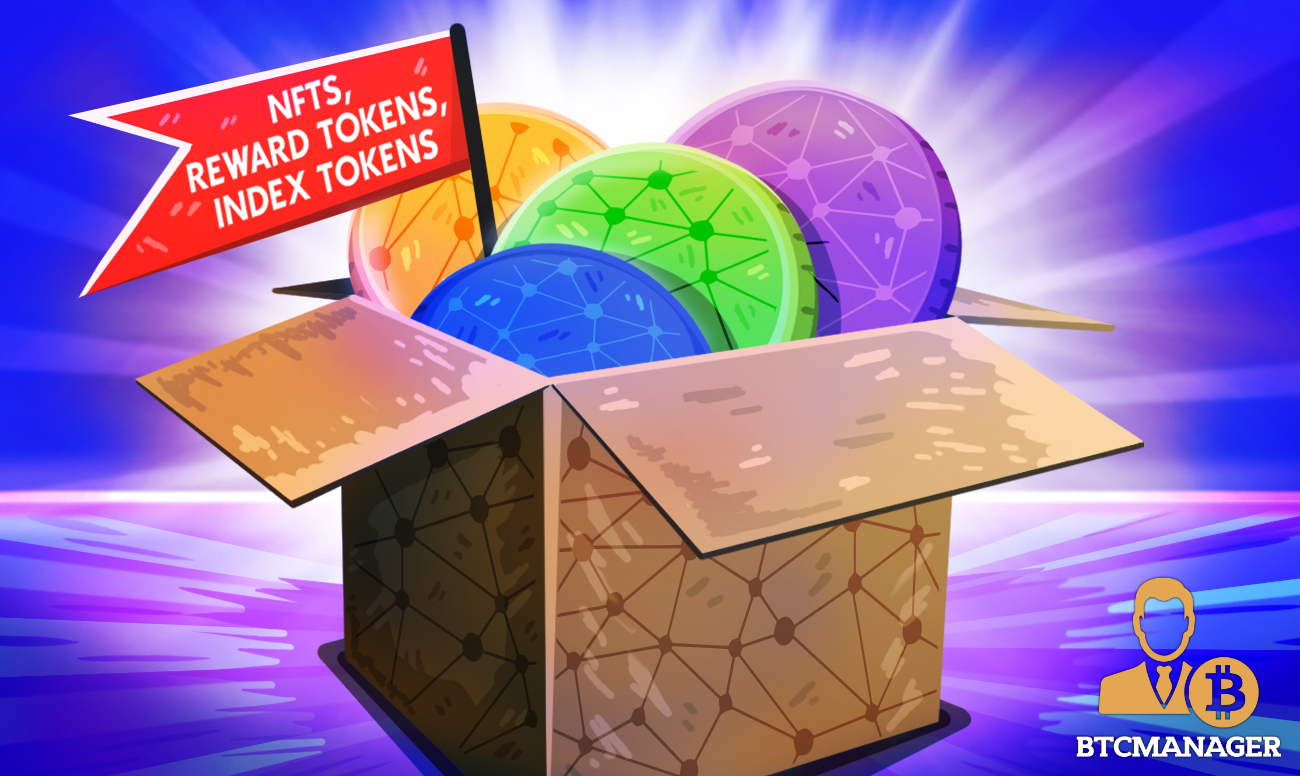 Crypto and blockchain have really blown up. Since the technology first emerged in 2009 with Bitcoin, the selection of products, services, and tools in the sector has expanded to serve many different types of transactions from crypto trading to the tokenization of assets. It was difficult enough for crypto noobs such as myself to keep up with the seemingly endless terminologies and use cases that were springing about; but in 2020, they just seemed to have gotten even more abundant.

Upon doing some research, Google showed three new forms of tokens that seem to have taken the crypto world by storm: non-fungible tokens (NFTs), reward tokens, and index tokens. As crypto becomes more sophisticated than ever, and with the rise of decentralized finance (DeFi), understanding these three tokens may be worth the effort for anyone who wishes to participate in the industry given that they represent the future of the industry.

What on Earth are these tokens?

Let’s start with the most compelling one of the bunch. NFTs can be defined as uniquely distinguishable and identifiable tokens that often represent an asset. These assets can be anything from cute digital pets as used by CryptoKitties to the collateral used to secure loans on countless lending platforms available in the market. Unlike their fungible cousins, NFTs are non-divisible and can be used to represent real-world goods such as artwork and jewelry, making them, to a certain degree, more stable than fungible tokens. Moreover, NFTs are significant as they represent an infallible way of proving ownership over the assets they represent given their inimitability.

How do they work? Well, NFTs connect with any NFT-compatible protocol that allows them to record information about certain assets they represent, including their monetary value. Transactions involving NFTs often involve the use of smart contracts that automate processes based on the fulfillment of certain parameters. This makes it possible to form a marketplace of digital assets that are backed by actual value rather than perceived value as was the case during the ICO boom of 2017 and 2018. In terms of applications, NFTs can be used for all sorts of uses, including the acquisition of collectibles, issuing digital tickets, and even identity verification.

On the other hand, reward tokens are transacted between users and applications upon fulfilling loyalty transactions, whether it be their issuance, redemption, or exchange. The idea behind reward tokens are not new and have seen similar non-crypto versions of reward tokens being issued by ubiquitous merchants like Walmart and other retailers. But what makes blockchain alternatives, and therefore reward tokens, more attractive is how it uses smart contracts to automate the entire process. This means no more losing points due to lost cards or having to face the inconvenience of having to recite one’s loyalty number to a clerk in order to avail loyalty transactions. Such tokens are already used by several platforms such as Uniswap, Y Financial, and Compound for its users who are able to redeem governance tokens for numerous perks such as discounts on transaction costs and other benefits.

While many retailers are understandably hesitant to adopt blockchain to power their loyalty programs, using reward tokens may be cost effective in the long run on three fundamental fronts: system management, transactions, and customer acquisition. By using a blockchain-based loyalty rewards program, retailers are able to reduce system management costs by using smart contracts that securely execute and trace transactions to legacy systems that minimize costs associated with errors or frauds. In terms of customer acquisition, the methods offered by such a technology may be cost-effective in the long-run due to the elimination of costs associated with mailing loyalty cards and printing them on top of the increased likelihood of customers conducting loyalty transactions due to the more convenient nature of using reward tokens.

Lastly, an index token is defined as a cryptographic token that derives its value based on an index for an unpredictable value. Given their novelty, they are still considered enigmatic and may develop in functionality as time goes on. However, in their current iteration, as used by a lot of yield farming platforms, they provide aggregated trading opportunities in four of the highest performing assets in DeFi platforms. These assets include YFI, YFII, UNI, and SUSHI, all of which the platform considers to hold high long-term potential for growth.

Do these tokens represent the future of crypto?

It is too early to say with certainty whether these tokens will become the shining stars of the post-crash crypto industry. After all, most token issuers during the ICO boom claimed that their particular fungible tokens were to become the revolution that would redefine the nature of digital transactions (they didn’t). But given the more apparent maturity displayed by developers who have developed these three tokens, we could see the promise of crypto coming to fruition given the more (intangibly) tangible value they provide to users.

Time will tell whether these will act as the future of crypto. But for the time being, they certainly display tremendous potential.