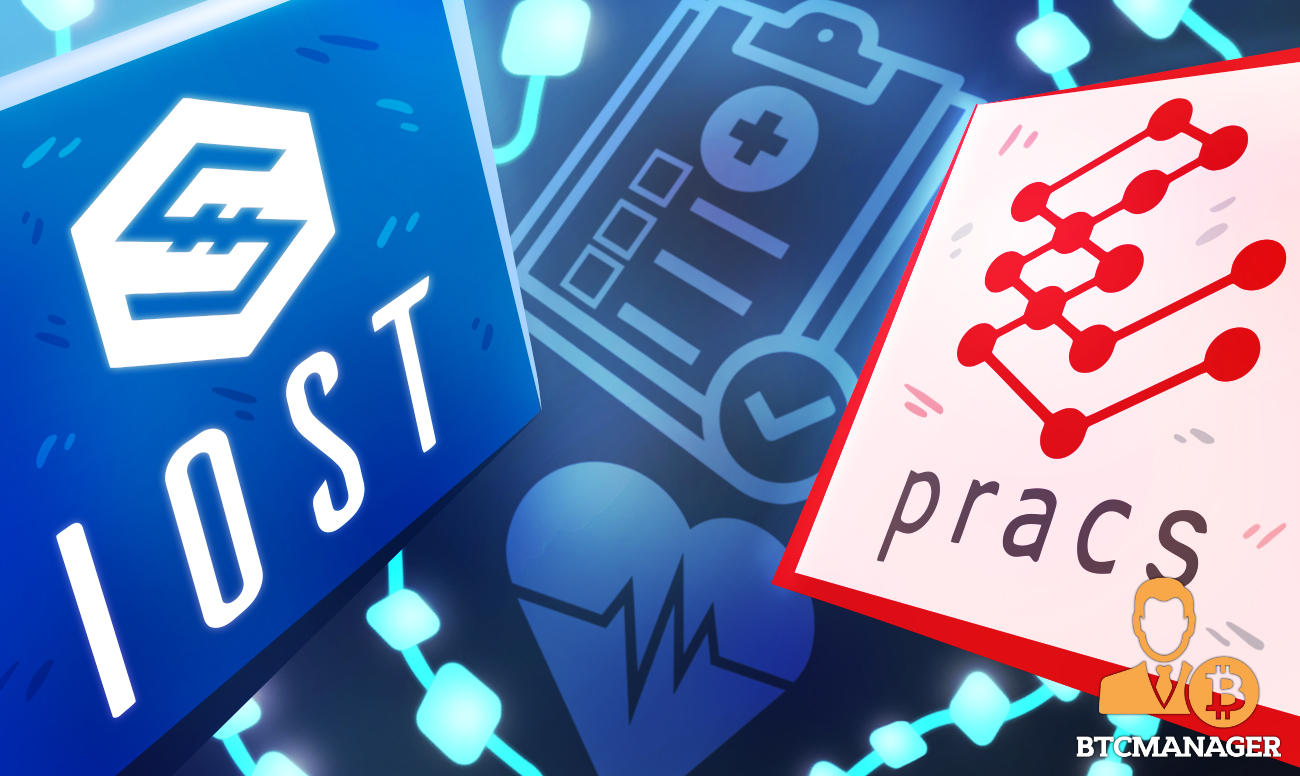 Japanese health tech venture Pracs and IOST core developer EverSystem have jointly developed a prototype and successfully completed phase 1 of the introduction of the Personal Health Record (PHR) – a robust system that enables users to manage their own health information – into the IOST ecosystem.

Essentially, the project aims to manage personal health data as a health handbook by leveraging distributed ledger technology (DLT) and share it seamlessly with medical professionals.

For those not in the loop, as previously reported by BTCManager, IOST had allied with Pracs to promote the use of blockchain technology in healthcare industry by developing a blockchain-based secure, transparent, and tamper-proof-on-chain medical record system.

To learn in detail about the technical intricacies of the said proof-of-concept (PoC), refer to the exhaustive official report by IOST here.

In essence, by using the PoC, the involved teams (users and medical professionals) were able to confirm the effectiveness of the delivery of confidential health information.

The PoC promises unparalleled security in terms of maintaining the confidentiality of shared data. The stored database data comprises of encrypted data, hash values, and signatures for verification. The underlying blockchain network efficiently stores the hash value of the health data for each latest data item such as body temperature, blood pressure, and specific data.

Further, although the usability of the client application did not turn out to be a major problem, the teams are cognizant to the demands of the users and medical professionals and understand that it is important to set up a distinct client application for handling such confidential data.

“As for the point about security due to the trust of medical professionals in the engineers, although it can be solved by re-encrypting the data itself, it is essentially a matter of re-examining the positions of the users and medical professionals, and this is an issue to be discussed in the next phase.”

It is worthy of note that blockchain technology is predicted to play a significant role in changing the paradigm of the healthcare industry in the coming years. According to research by Global Market Insights Inc., the R&D of blockchain technology for data management in precision medicine and patient care will be over $1.79 billion by 2025.

Being one of the top public chains in terms of adoption, performance, and utility, IOST remains committed to expanding the use-case of DLT in the healthcare industry. The project’s partnership with Pracs indicates its unyielding commitment to its “innovation chain, application chain, value chain” objective.