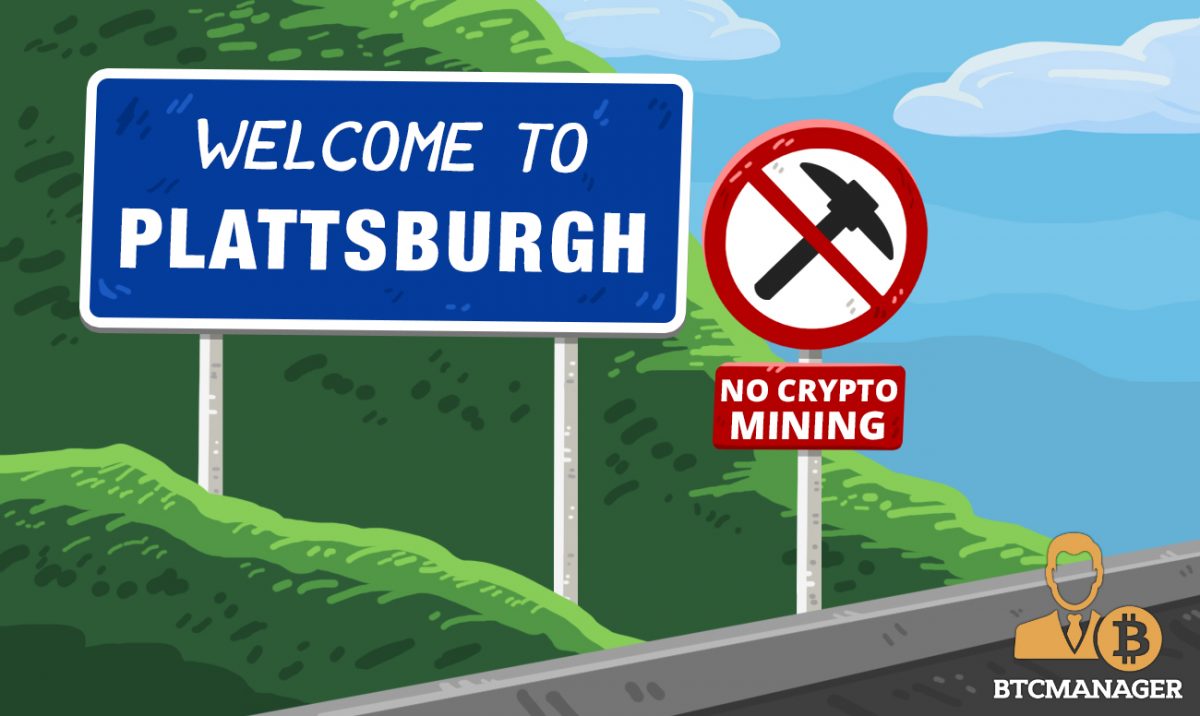 Plattsburgh, a tiny municipality in America, could become the first to officially ban citizens from starting any new bitcoin mining operations. Mayor Read introduced a new law detailing this on March 1, 2018 at the regular meeting of the common council.

Plattsburgh, a city with a population of 20,000, falling under New York State, has thus proposed an 18-month temporary ban on issuance of approvals or permits for all forms of commercial cryptocurrency mining in the city.

Mining refers to the process by which transactions on the blockchain network are verified and then added to the ledger. The process requires machines with dedicated high-performance hardware, leading to high electricity consumption. These machines run 24/7 and as a result, take up a significant share of the total available electricity for Plattsburgh residents. The city council is worried that due to the excess utilization of power, electricity costs for ordinary citizens may go up.

A public meeting is scheduled under the chair of Mayor Read on March 15, 2018, when the proposed law will be discussed. If approved, the law will stop giving approvals for site plans, special use permits, building permits, or any other permit related to commercial cryptocurrency mining.

Mayor Colin Read told WCAX, “With great use of additional power we are put over our threshold each winter, and we are put over our threshold of ratepayers.” Bowman, a cryptocurrency miner in Plattsburgh, first heard about bitcoin mining in 2014. Once he was sure that he could make money, he rented space from the former Imperial Mills paper warehouse and installed his setup there.

The lighting department of the city is said to be in direct knowledge of two miners using 11.2 megawatts of electricity. This has prompted the council to consider banning cryptocurrency mining temporarily until it finds a permanent solution. The priority of the council is to provide residents with cheap electricity. The city is guaranteed its share of electricity at a lower price because of the agreement that arose from the construction of hydroelectric dams in the 1950s.

It is likely that the cheap electricity prices in Plattsburgh grabbed the attention of miners, who then went on to set up mining operations locally. However, with miners now taking up a significant percent of the total electricity transmitted to Plattsburgh, it is creating an artificial shortage. This, in turn, forces the lighting department to buy more electricity from the market at higher prices to meet the requirements of its citizens.

Bill Tracey, who runs the operations at the municipal lighting department, said:

“Bitcoin mining operations are adding on top of that (local energy demands), so we have to buy more power—definitely this year we’ve had to buy a lot more power… My system only has a certain amount of capacity in it, and if they use that capacity then I’m going to have to spend millions of dollars upgrading.”

It remains to be seen whether the proposed law will be passed or not. If it does go ahead as planned though, the move may prompt several other cities, states, and even countries to “showcase” the Plattsburgh model, making a case for a similar ban.