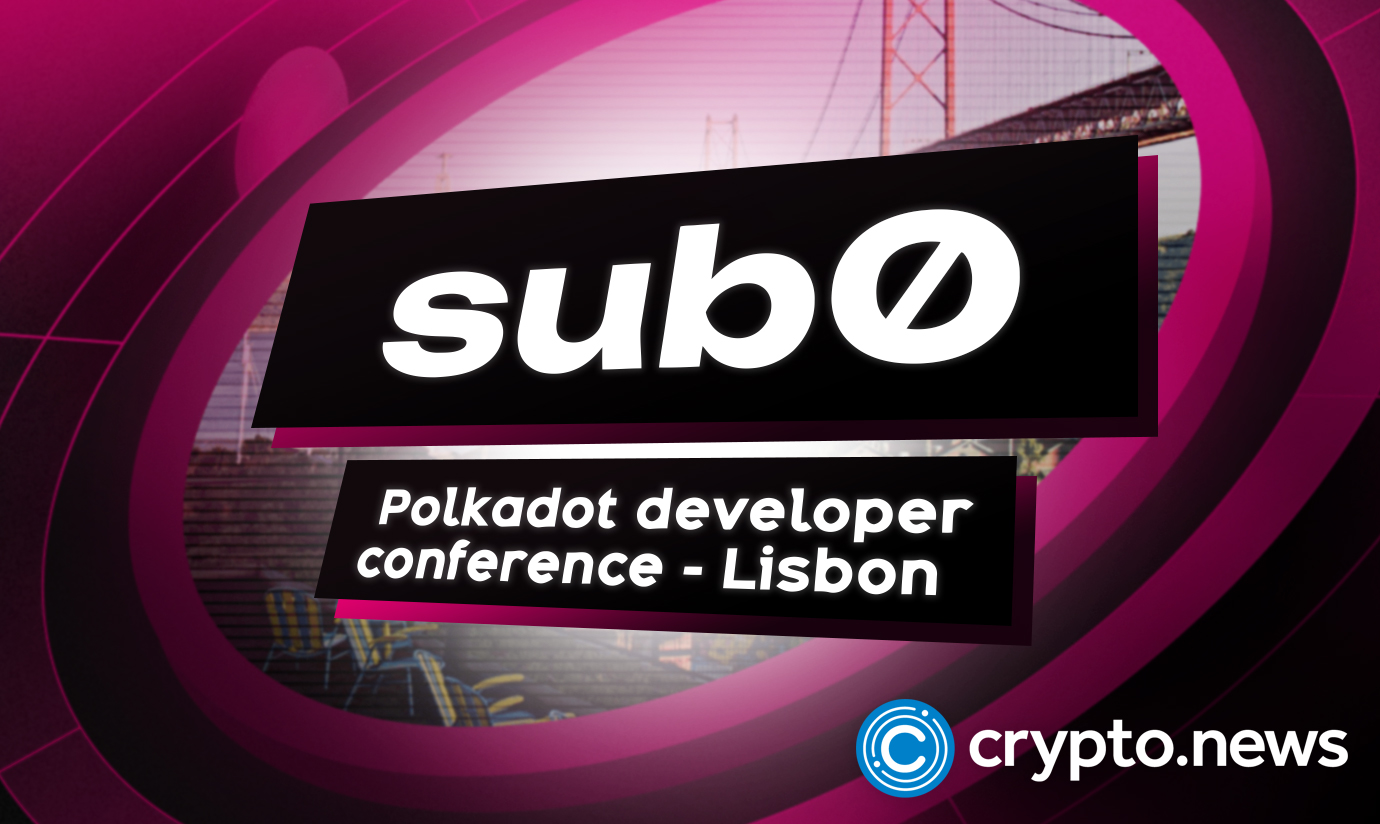 The Polkadot developer conference sub0 is just around the corner. Developers have shown a keen interest in the “green” Web3 ecosystem and its technology stack. As a result, the event’s focus will primarily shift to unlocking more multichain opportunities.

The 2022 edition of sub0 is slated to take place at LX Factory in Lisbon, Portugal, from November 28-29. After years of COVI-19 restrictions, the Polkadot conference will be held in person and welcome developers worldwide. Building on Polkadot has proven to excite many builders, especially for tackling real-world problems and introducing lasting use cases.

Although the virtual events of sub0 have been successful, meeting up in person creates a different atmosphere. It sparks much more excitement to see other people work toward similar goals and be able to exchange ideas in person. Moreover, the sub0 2022 schedule is jam-packed with speakers representing all facets of the Polkadot ecosystem.

To boost overall inclusion, sub0 2022 will offer two distinct tracks. One is designed for starters who want to learn more about Polkadot’s mechanics. The builders track caters to developers and offer in-depth tech explanations and hands-on experience. Moreover, it is a breeding ground to conceptualize future projects.

Regardless of which track one chooses, there will be opportunities for interactivity and hands-on participation. sub0 features various breakout sessions, developer workshops, panel discussions, and fireside chats. In addition, there is room for various community-organized side events participants may want to keep an eye on.

The sub0 event welcomes the growing number of parachain teams building on the Polkadot technology stack. These parachain teams represent dedicated projects maximizing the potential of Polkadot technology. Attendees can meet these influential builders and explore new opportunities or collaborations. In addition, many of the parachain and other Polkadot projects are actively hiring, making sub0 a hub for potential job recruitment.

The core focus of sub0 is exploring the potential of multichain implementations. That applies to current and future projects, including parachain ventures. Moreover, the Polkadot developer team will be on hand to answer questions, explore the current and future roadmap, and host sessions.
Interested in attending sub0 in Lisbon this year? Apply for a ticket before October 12!