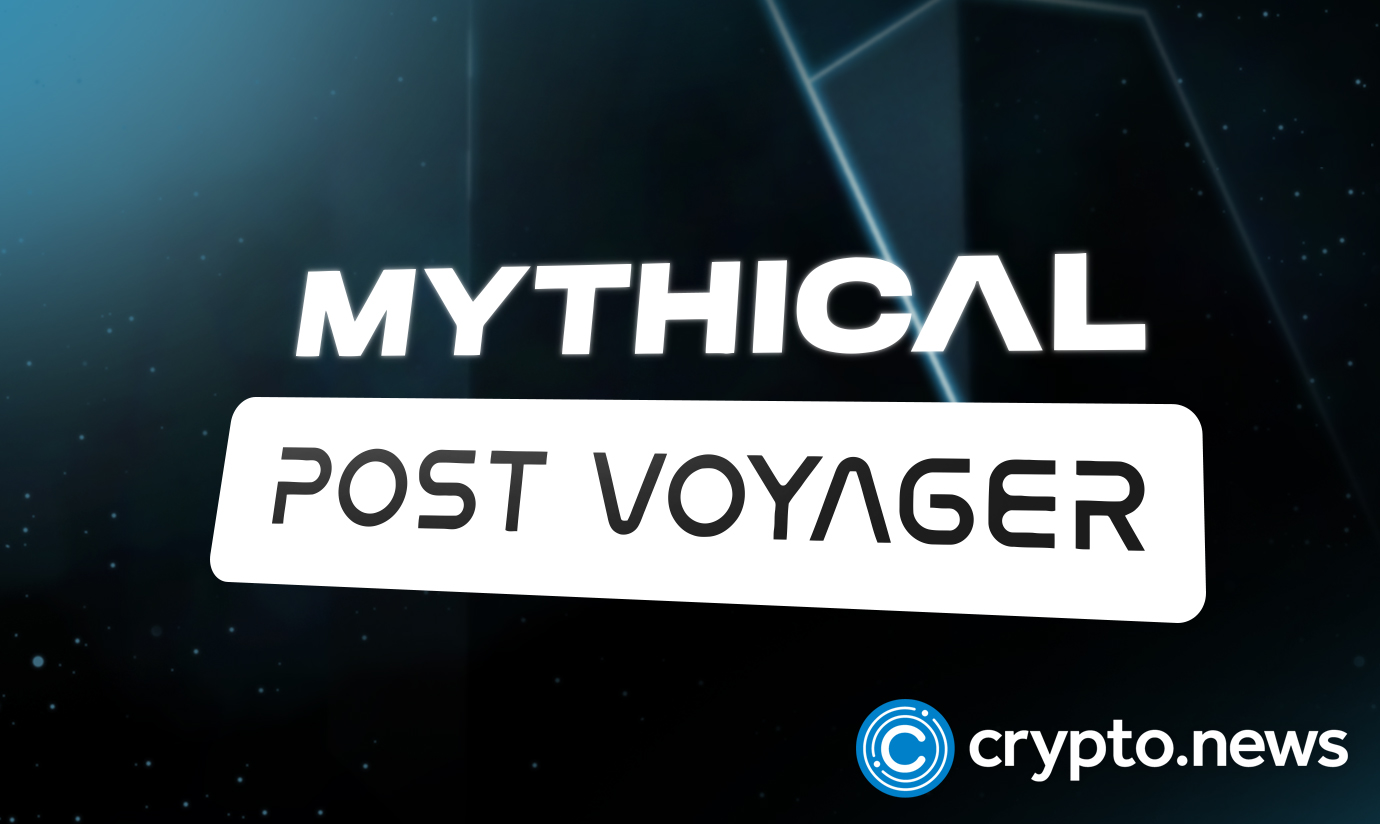 According to the announcement on Friday, October 7, 2022, Post Voyager, a developer of the MOOI Network, will be an active contributor in the Mythos blockchain gaming ecosystem’s decentralized autonomous organization (DAO) along with several gaming and metaverse powerhouses, including Ubisoft, Animoca Brands, Krafton, and others. Mythos provides a decentralized, trustless, and secure way to create and manage digital content and services, as well as to ensure the privacy of users’ data.

The partnership will foster a relationship between the two gaming powerhouses and reinforce the relevance of both parties in the gaming sector.

“We are united in our goal to give users a direct voice to their gaming experience and support gaming companies to leverage the opportunities of Web3. Both Mythos and the MOOI community will win from this collaboration.”

On the back of this partnership, Post Voyager will collaborate with other gaming protocols in the ecosystem to develop the NFT Transport Protocol, which is designed to bridge the gap between the top-tier projects in the gaming sector and potential Web3 startups.

As stated by the team, Post Voyager, and other partners will be divided into three subcommittees, decided by the community via the Mythos DAO. Each partner will be in their respective committees for one year.

The Mythos Foundation was created to oversee the daily operations of the Mythos blockchain gaming environment decentralized autonomous organization (DAO).

The Mythos Foundation aims to make it easier for creative game creators to build successful play-and-own game economies. It also seeks to democratize gaming by enabling players and creators to take part in the value chains of games through the Mythos ecosystem, which is built on the support of multiple blockchains, unified marketplaces, decentralized financial systems, and decentralized governance mechanisms.

Besides the development of the NFT Transport Protocol, Mythos plans to Integrate and support gaming guilds and guild communities, Collaborate with traditional gaming platforms to craft new policies that support the next generation of blockchain games and gamers.

Mythical Games also launched the Mythos token (MYTH), an ERC-20 mainnet token with a fixed supply of one billion tokens. The project will adopt MYTH as its native utility token on the Mythical Chain and will use the token on its Mythical Marketplace.

Mythical recently raised $150 million in a funding series and is on the verge of developing new immersive blockchain-based games. Mythical Games’ Blankos will be the first game on the Epic Game Store, the creators of the popular game, Fortnite.

In August 2022, Post Voyager launched Jellyme, MOOI Network’s decentralized NFT Marketplace. The team claims MOOI allows users to have full ownership rights of their in-game digital collectibles. At least 100,000 NFTs are expected to be traded on Jellyme by the end of the year.

In related news, this October, metaverse giant, Animoca brands teamed up with CoinCheck to undertake blockchain and Web3 initiatives in Japan.