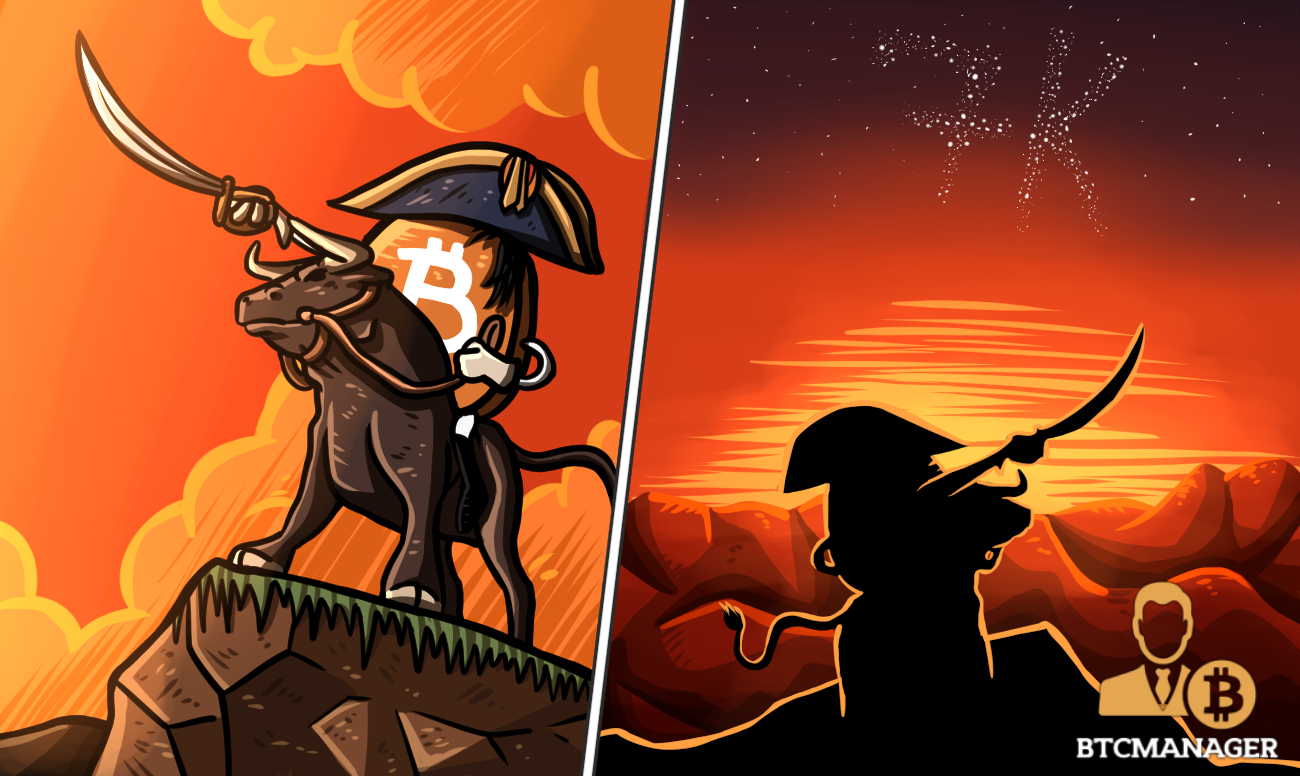 Grayscale Investments, the largest conglomerate in the crypto industry, recently released its Digital Asset Investment Report for the second quarter of 2019. Report data shows how the crypto market is maturing as inflows nearly doubled quarter-over-quarter, from $42.7 to $84.8 million. This demonstrates that the recent rally in digital asset prices is supported by fresh investment from institutions. The report also a major interest in Bitcoin products which accounted for 24 percent of total inflows.

The latest report from Grayscale Investments has shown that the growth of the cryptocurrency market is becoming increasingly solid and mature. According to the Q2 report, the company’s assets under management nearly tripled from $ 926 million to $ 2.7 billion thanks to the rise of cryptocurrencies prices started in April 2019.

But the increase in prices is not the only reason. The inflows of the second quarter almost doubled, demonstrating that there is constant support by new capital into the market. According to the report, the distribution of investments is rather asymmetric, Bitcoin Trust accounted for 76 percent of inflows, capturing a larger slice of the pie compared to Grayscale Ethereum Trust, which reached $14 million followed by Grayscale Ethereum Classic Trust which reached $5.5 million.

The most interesting thing to note about these figures is that 84 percent of the demand came from institutional investors, showing that the crypto market is no longer a niche for retail investors.

During the 2019 Mid-Year Review Webinar, Barry Silbert, CEO of Grayscale, highlighted how Bitcoin is dominating the crypto market as its dominance has been on the rise since the lowest value reached in January 2018. 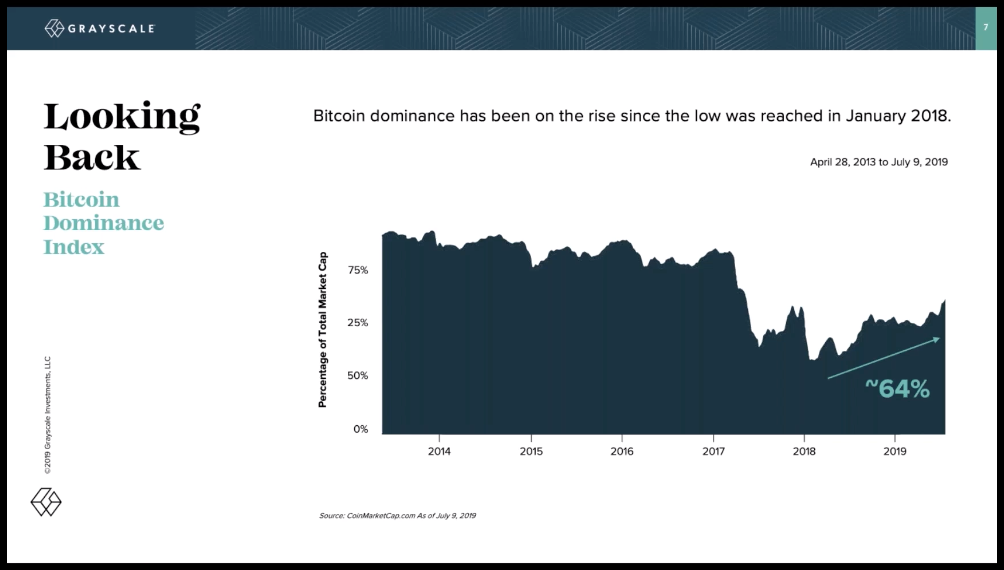 According to Silbert, Bitcoin is the representation of digital gold and, for him, this property will be the main factor that will drive its price to new highs. Silbert explains that in the coming decades there will be a strong transfer of wealth as baby boomer generation (between 1951 and 1969) are already beginning to retire. The baby boomers and the older generation held together around $68 trillion of wealth that’s going to be handed down to Generation X and Millenials. These younger generations might opt for new type of investments that fit more with their ideals, thus, according to Silbert, part of that wealth might shift into bitcoin.

His comment goes on to show that the real utility of gold is far less than that of Bitcoin. Bitcoin has the same characteristics as gold except for a strong historical record of store of value. Bitcoin has a limited supply as Gold but it’s easier and cheaper to transfer, its divisibility permits microtransactions and it can not be frozen or confiscated by governments or banks. 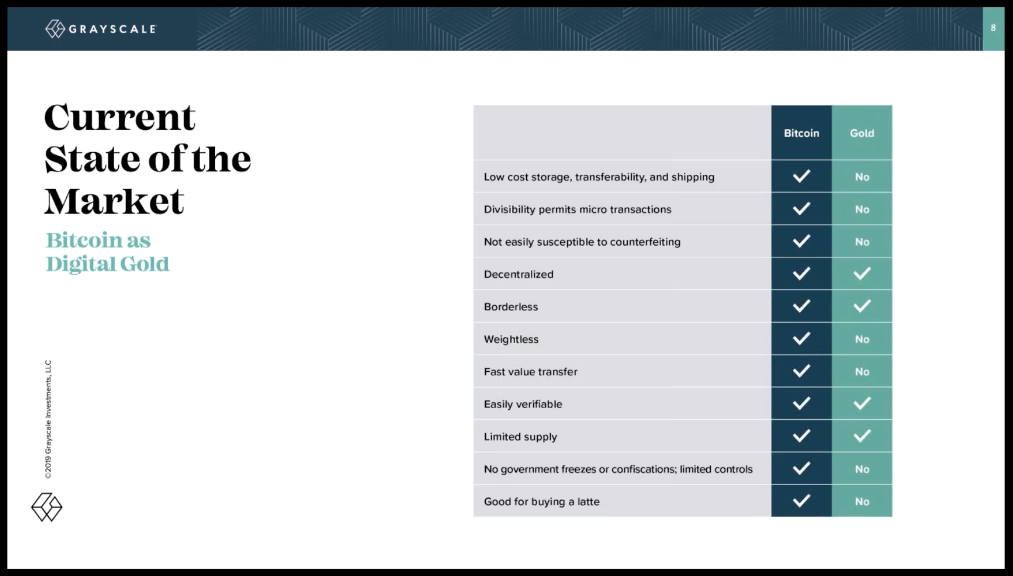 Some might argue that gold is still useful for jewelry or technology but Grayscale data show the opposite. The actual global demand for gold use in technology is decreasing; this is curious information as the global demand for computer or phones which have gold components has increased over the past ten years. This means that gold, thanks to innovations, is becoming less important for an electronic perspective and also as gold’s price goes up, it becomes less usable in electronics as companies will have an incentive to look for alternatives to gold that are cheaper. 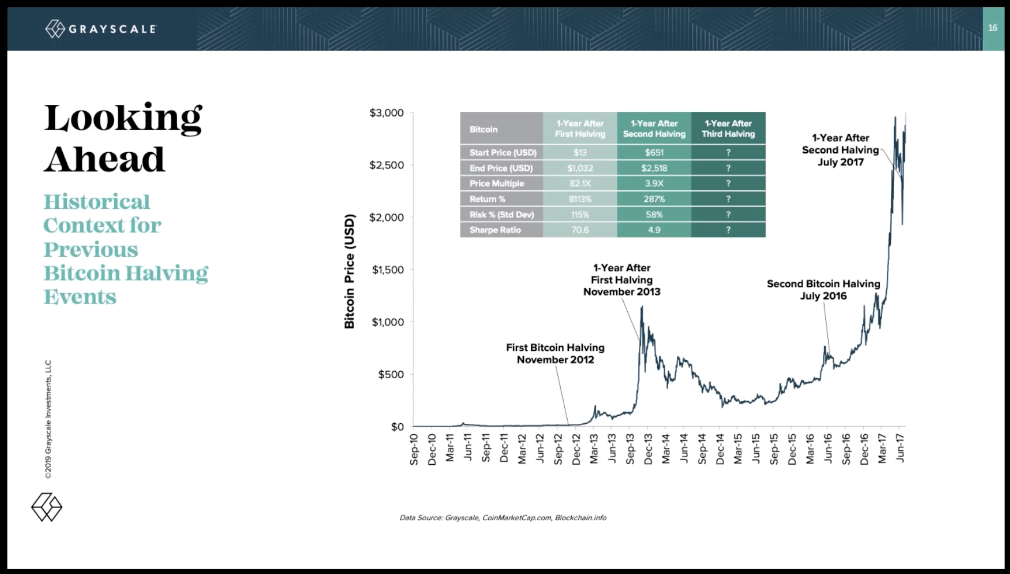 Barry Silbert continues with respect to a macroeconomic point of view on the global debt with negative yields. In a number of countries, including Switzerland, Japan, Denmark, and the entire Eurozone, central bankers have printed so much money that interest rates are actually negative. If you buy a ten-year German government bond, for instance, your annual investment return will be negative 0,27 percent per year; according to the Wall Street Journal, there are even some junk bonds in Europe that have negative yields.

A junk bond is basically debt issued by a company with financials so risky that analysts expect there’s a good chance the company won’t pay its debts as the company might not even be in business by the time the debt matures. Yet despite these substantial risks, investors are willing to loan money to these companies at negative rates of return.

The interesting thing is that this creates another addressable market for digital currencies, in particular for bitcoin. Silbert explains that even if bitcoin stay flat over the next couple of decades, it will be more interesting to buy it that purchasing that kind of bonds.

In his final thought, Barry Silbert focuses on what to expect in the near future. The 5 points highlighted are:

The Bitcoin halving, which is expected to occur on May 19, 2020, it is probably the most anticipated event of the Bitcoin community. Barry Silbert points out that the two previous halves have led to a dramatic increase in the price in the years following the halving. If this pattern repeats, Bitcoin could reach the fabled trillion-dollar valuation mark which would tip BTC’s price around $ 55,000 dollars affirming its new status as a new store of value asset.