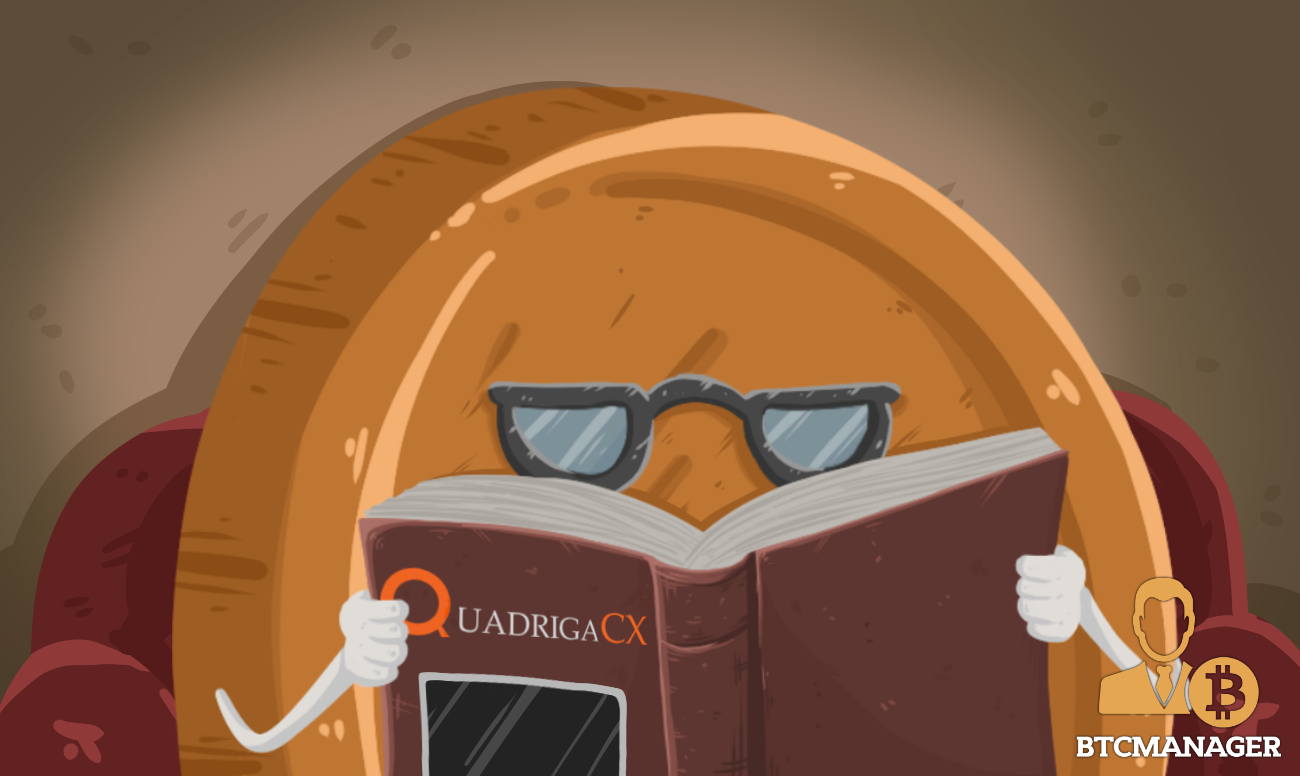 QuadrigaCX was granted creditor Protection from a court on February 5, 2019, after claiming that customer funds are trapped in a cold wallet only their late CEO had access to in what may be one of crypto’s most bizarre stories.

One of the biggest stories in the cryptoverse at the moment is the one of QuadrigaCX, a Canadian firm that owes its users over $250 million which they claim is in a cold wallet that only their deceased CEO had access to.

The story has gained traction even outside crypto circles, and for good reason. Fresh details seem to emerge every day, between the false death conspiracies and the absurd nature of it all, it reads like something out of a soap opera and has captivated the imaginations readers across the globe.

History of the firm

QuadrigaCX was founded in November 2013 and is owned by Quadriga Fintech; up until 2019, it was one of the biggest crypto exchanges in Canada.

Shortly after QuadrigaCX was founded, they opened their website after focusing mostly on local trades and then began setting up crypto ATMs around Canada. The exchange handled millions of dollars worth of trades during its lifespan but around 2018, began experiencing some challenges, particularly regarding customer withdrawal of funds.

Before then, the company had plans to getting listed on the Canadian Securities Exchange (CSE) through a reverse IPO, though nothing came of those plans.

In 2016, the firm was banned from selling securities by the British Columbia Securities Commission (BCSC). The reason for this was that the firm had not submitted its financial statements for the financial year ended October 31, 2015.

During that time, the company also saw some high profile resignations such as the ones from Anthony Milewski and Lovie Horner, who were directors at QuadrigaCX. Two other members of staff, Bill Filtness, a director, and Natasha Tsai, the chief financial officer, also quit around the same time.

Sadly, these were just the beginning of the exchange’s troubles.

The freezing of accounts

The Canadian Imperial Bank of Commerce (CIBC) froze five accounts associated with QuadrigaCX in 2018 which contained a combined worth of $19.6 million. these accounts belonged to Costodian Inc., the payment processor for QuadrigaCX and Joe Reyes, the owner of Costodian.

The reason given for the account freezing was that QuadrigaCX had failed to provide proof of the ownership of the funds.

Ontario’s Superior Court of Justice took over the case and eventually ruled that the funds’ ownership had not been determined, and then had them forwarded to the Accountant of the Superior Court to determine whether the funds in question were users’ funds, the exchange’s funds or Costodian’s.

The funds were, eventually, unfrozen by the court but during this time, there were multiple reports of users being unable to withdraw from the exchange. Across social media, many posts went up about the exchange not allowing users to access their funds.

The passing of the CEO

According to Gerard Cotten’s widow, Jennifer Robertson, the CEO died on December 9, 2018,  from complications related to Crohn’s disease. During that time, he was in India setting up an orphanage.

On January 25, 2019, Robertson, who was appointed as executor of Cotten’s estate, filed for an emergency board meeting at QuadrigaCX to appoint new board members. Aaron Matthews, head of operations at Quadriga, was eventually appointed as temporary president and CEO.

Since then, a number of odd changes have taken place at the exchange. For one, their website was taken down, which management attributed to maintenance, though it has gone back up.

Only a few days after the board meeting was held, QuadrigaCX filed for creditor Protection from the Companies’ Creditors Arrangement Act (CCAA) at the Supreme Court of Nova Scotia. The reason they needed protection was that about $250 million worth of customer funds were stored in a cold wallet, however, the only person who had access to the wallet was Gerard Cotten, who was now deceased. Anticipating the impending firestorm from customers who wanted their money back, the exchange tried to protect themselves. The exchange says it has only $286,000 to repay the 26,500 bitcoin worth $120 million, 430,000 Ether worth $60 million and millions in other currencies that they owe.

In an affidavit, Cotten’s widow claimed that her security-conscious husband had encrypted his devices and didn’t share the passwords with anyone.

“The laptop computer from which Gerry carried out the company’s business is encrypted and I do not know the password or recovery key,”

The Nova Scotia Supreme Court has since granted the company’s creditor protection request and the firm is believed to be looking into a sale to raise funds for customers.

While the situation regarding QuadrigaCX is unfortunate, not everyone believes it is genuine.

Ever since the story broke, it has received widespread attention and has been the subject of conspiracy theories. One of the first is that it is all an elaborate exit scam in which an exchange fakes a calamity in order to run away with users’ funds.

Some even believe that Cotten is not truly dead but instead faked his death as part of the scheme. On social media, it had been widely discussed on whether Crohn’s disease can cause a person to die so suddenly. It has also been pointed out that it is relatively cheap to forge a death certificate in India. The officially released death certificate has been called into question, especially regarding the spelling of Cotten’s last name, which is misspelled on the certificate.

It was also just revealed that 12 days before his death, Cotten had drafted a will in which his wife was named the executor of his estate, and was given all his assets which includes multiple properties across Canada, a 2017 Lexus, an airplane, and a Jeanneau 51 yacht.

Many crypto analysts have even called into question whether the missing funds ever existed, stating that the exchange might not have been that liquid and also finding it convenient that no one besides the deceased had any form of access to the cold wallet.