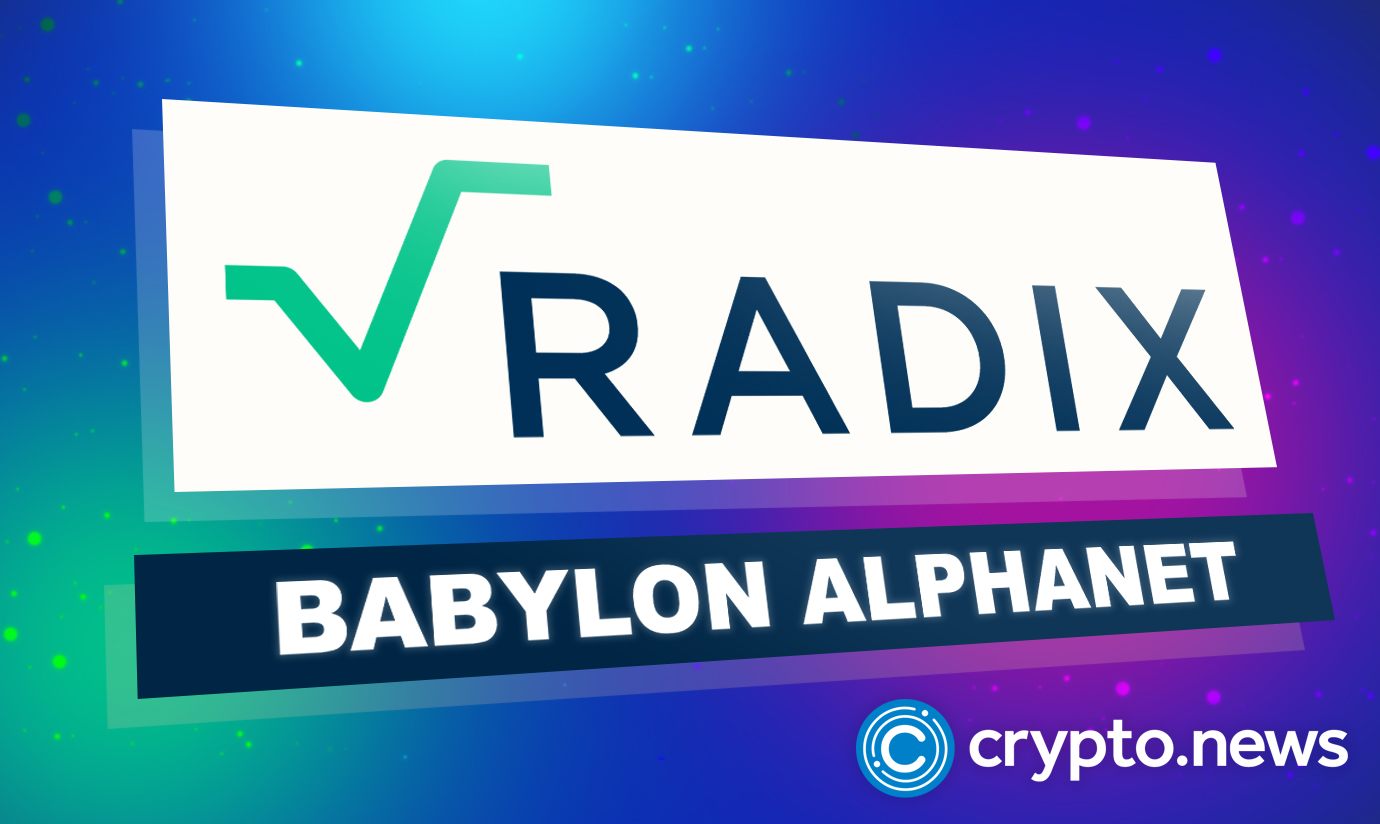 Radix, a smart contract platform for asset-oriented decentralized finance (DeFi), has announced the launch of its Alphanet test network for its upcoming Babylon release, the first major update to the platform.

Radix, a smart contracts platform that dubs itself the only full-stack solution for decentralized finance, has launched its Alphanet test network for its upcoming Babylon release.

The team has hinted that Babylon will be the first major update to the Radix Public Network.

The upcoming Babylon release will come with the “Radix Engine” which will have native asset features; Scrypto, a Rust-based asset-oriented programming language, a new asset-oriented model for transactions, a component-based account model enabling new features for end users, and changes in how wallets interact with the Radix network.

The team says the Babylon Alphanet launch is the latest major milestone since the first preview release of the Scrypto language in December 2021 called Alexandria.

Babylon Alphanet is the second stage of a staggered release schedule that aims to enable devs to work with Babylon’s new features and test-run its interfaces, protocols, and more before they get integrated into the mainnet.

With this approach, the more than 3,000 developers building on Radix will have time to migrate smoothly, while also giving them the time they need to plan and test their own decentralized application launches and help bootstrap the entire Radix DeFi ecosystem when Babylon finally goes live.

Despite the gloomy market conditions, Radix claims it has witnessed 7X growth in transaction volume and a 52 percent increase in wallets with more than 2,000 XRD since the beginning of 2022. The total number of active wallets on the Radix network has increased from 11,600 to over 81,300 since the start of this year.

What’s more, the team says the Babylon Alphanet launch underscores the rapidly growing momentum and rising excitement being generated by Radix as it makes significant progress towards its goal of becoming the home of the next generation of DeFi solutions.

“After the $3 billion lost in DeFi hacks of the $50 billion market cap, more and more people are starting to realize the difficulty associated with building. I would call it ‘demo DeFi.’ With the launch of Alphabet, developers and the rest of the world can see that there’s a path to 100x DeFi coming. Even though there is a bear market, our momentum is growing.”

Importantly, the team has made it clear that the Alphanet launch will be followed by the rollout of Babylon Betanet in Q4, 2022. The Babylon Betanet will come with stable APIs, as well as finalized Scrypto and network capabilities that will enable developers to begin production tests of the first generation of Scrypto-based dApps and more.

If everything goes as planned, the team says the rollout of Babylon will be concluded with the full Radix Public Mainnet migration in the first half of 2023. Radix claims its platform is a $500 million network backed by eight years of research, testing, and focused development.