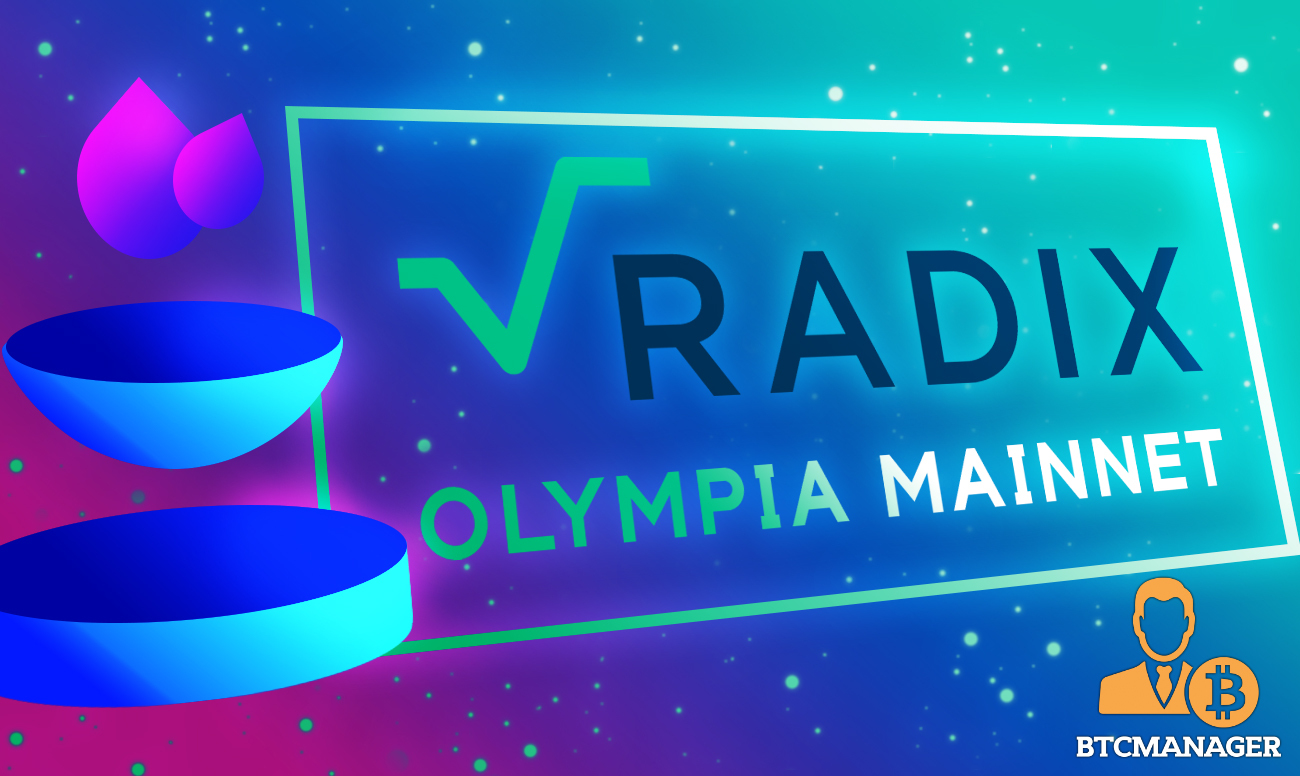 Radix, the Platform for Smart Money, today announced the launch of the Radix Public Network (“mainnet”).  The “Olympia” release represents the next, deliberate step on the planned roadmap to a frictionless financial future, bringing with it the world’s only “Single Sign-On for Compliance.” Over the past 4 months, Radix has seen more than 400% growth in token holders and an 81% increase in market cap.

The “Olympia” release of Radix is a generational improvement in the history of decentralized ledger computing, with more than 100 times executional efficiency compared to the Ethereum Virtual Machine (EVM). Such monumental gains are nothing new to Radix, as the protocol has frequently received industry-wide recognition for “addressing the scalability trilemma better than anyone.”  Now, following a successful beta network deployment in April, Radix is equally known for consistently delivering on the world’s first roadmap-driven Decentralized Finance (DeFi) protocol and doing so at a pace that exceeds other networks.

“We have never wavered from our focus on the DeFi end game, a world of frictionless financial applications with no barriers to competition,” said Radix CEO, Piers Ridyard.  “To get there requires a clear, roadmap-driven approach to protocol development and a deep understanding of how the traditional world of finance works. Today’s battles of DeFi are simply irrelevant since the real opportunity is mainstream adoption.”

Just one example of Radix’s future-oriented development comes in the form of Instapass, a powerful service that enables “1-click compliance” for any decentralized application (dApp). With Instapass, a user will be able to provide the necessary information to meet regulatory requirements one time only and then share those credentials (with permission) to any dApp as necessary. Instapass will revolutionize dApp development by simplifying the process of integrating compliance functionality, accelerating time-to-market and reducing compliance risk for businesses.

The release of the Radix Public Network also represents the first opportunity for XRD token holders to earn rewards by contributing to network security through staking. With over 300 million tokens awarded per year to stakers, and an EIP-1559-like token burn with each transaction, the proverbial land rush among XRD token holders has commenced with intensity and ferocity.

“Crypto is an economic revolution and the Radix team understands that as well as anyone,” said Balder Bomans, Partner at Maven 11. “The smart money is coming into crypto fast and, as the platform for smart money, Radix is focused on – and executing for – the long game of DeFi. With the release of mainnet, they are becoming a legitimate player in the space.”