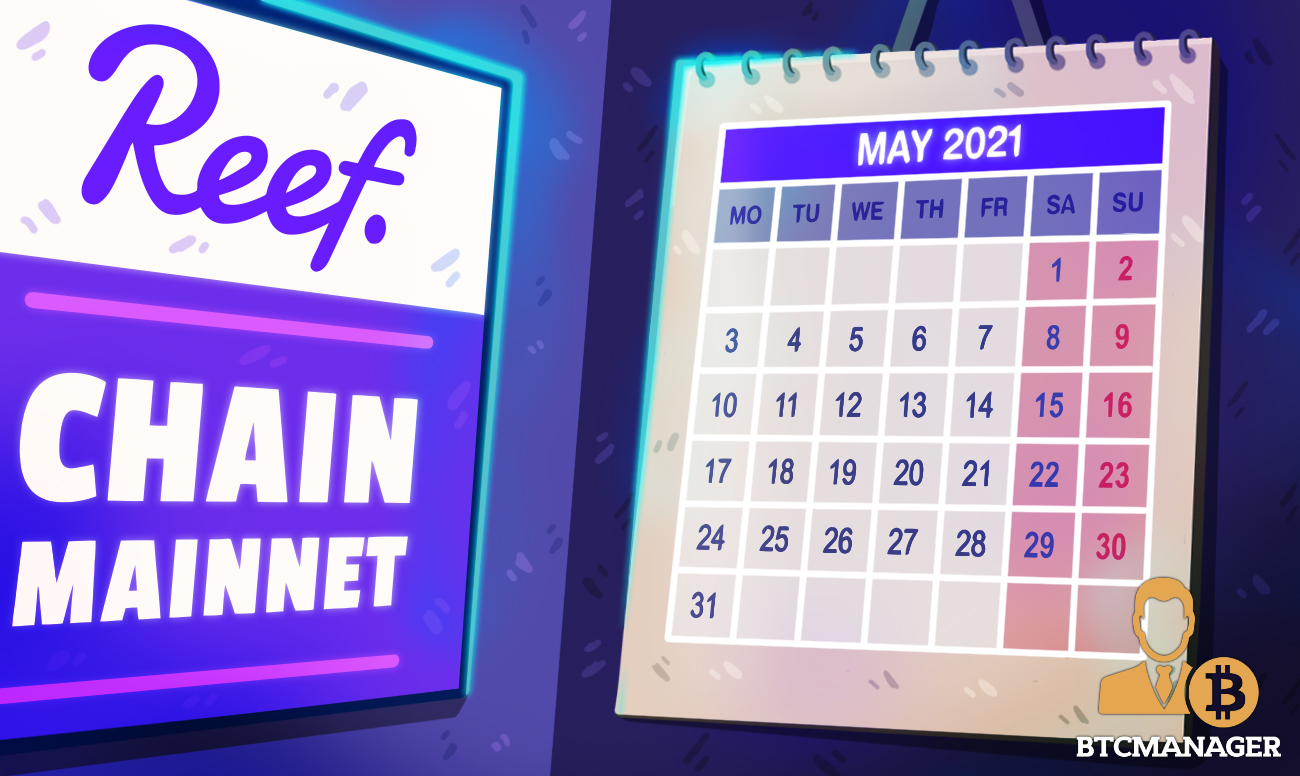 In May, Reef Finance is planning to launch Reef Chain Mainnet. DeFi users will achieve smart decentralized financing visibility, like Ethereum, Polkadot, Cosmos, Avalanche, and the Binance Smart Chain, fulfilling what the company is all about: a gateway to DeFi.

Before the launch, however, there will be final checks on the current Maldives testnet. The exact date of the mainnet launch is based on the results of the ongoing tests, as stated in a press release with the coinspeaker. Despite the intense checks, the Reef Finance team remains optimistic that it will be finalized before its launch.

The Gateway to DeFi

Today’s decentralized finance ecosystem has gained massive force, putting pressure on the existing smart contracts supporting blockchain infrastructures. The Ethereum blockchain has since become congested so highly that transaction or gas fees are always on the rise.

As outlined in the press release, the launch of Reef Chain is aimed at allowing DeFi developers to make use of a highly scalable and utterly EVM-compatible blockchain incorporated into the Polkadot ecosystem. Reef Chain is set to be initially floated as a standalone blockchain built on the Substrate framework. This feature will make it simple to tap into the Polkadot parachain ecosystem.

Reef Finance CEO Denko Mancheski said that DeFi demand is insatiable. From the beginning, it was Ethereum and rising gas fees, now we see that even others like BSC start to have performance problems. The launch of Reef Chain couldn’t have been better.

The Binance Smart Chain, which entered DeFi with a promising solution, is a relatively newer blockchain network, which is now collapsing because it cannot scale correctly. In comparison, Reef Finance says it has a suitable model to help developers create on the Reef Chain to see a prosperous network ecosystem. Through the strong group of customers, investors, and media partners, DeFi product developers will find true success with Reef Finance.

Mancheski stated that they know all too well the challenges of up and coming developers and techniques are just a component of the equation at times. DeFi builders will increase their chances of success by tapping into the business network of Reef.

The Reef Chain will be controlled using the REEF tokens, which can be used for staking and group governance. Through the developed interoperability features of the chain, the company will launch a liquidity bridge to wrap current DeFi assets and disburse liquidity from Ethereum to the Reef chain.

The benefit the Reef Chain aims to bring would cut through all DeFi stakeholders ranging from consumers to developers as a whole.